The fusion of fashion and faith: can I be a hijabi Barbie?

If we all looked the same, how boring would that be?

If we all looked the same, how boring would that be?

The struggle is real right now. The concept of beauty, more specifically, physical ‘perfection’, has spiraled out of control. Innovative methods of alterations from contouring to plastic surgery, mean that anything is possible – raising the standard for every woman and the expectation of every man. However, this is only one form of pressure. In contrast, the pressure for Muslim women is also at an utmost peak. Women are judged vigorously for not wearing a hijab and/or niqab as much as they are for wearing it. The question is: is there any hope of this battle diminishing? Or are women doomed to be forever enslaved by the given definition of beauty within their principal society.

Beauty is in the eye of the beholder – but now the beholder may change his mind several times as to what he perceives to be beautiful. Beauty is defined by a trend. Currently this appears to be overly arched eyebrows, big lips, contouring and a physique that is so unnatural that the ribs Allah (swt) has blessed us with may need to be crushed in order to achieve it. The downfall of attempting to achieve such beauty is two-fold:

2) Just when you achieve this man-made concept of beauty, the trend will change

I previously wrote an article about shaytan (the devil/Satan) using pioneering means to lead us astray; unfortunately, this is yet another method. Playing on insecurities and a female’s innate nature to please others, shaytan has manipulated our minds to seek validation from others; ‘others’ including strangers. Placing a higher regard of validation from Instagram likes than from the One who created us is a serious problem – a problem that almost mirrors the characteristics of shirk (the sin of practicing idolatry or polytheism). We look for acceptance from those other than Allah (swt) and in forms not permitted by Him – associating power of judgement elsewhere. If the latter has made you pause and think, then you can accept the powerful yet unapparent influence of shaytan in all areas of our lives.

The concept of ‘extreme’ is a notion directly correlated to the negativities of the world we live in. Beauty has become extreme; plumping lips, wearing waist minimising corsets to bed, having surgery for the ‘thigh-gap’ are extreme measures, well at least to me. On the other hand, valuing a woman’s piety by whether or not she wears a hijab and/or niqab is just as much of an extreme. I can’t help but think that such demand of extremes have contributed to the rising difficulties Muslims are facing in finding spouses, as well as the increase in failed marriages. 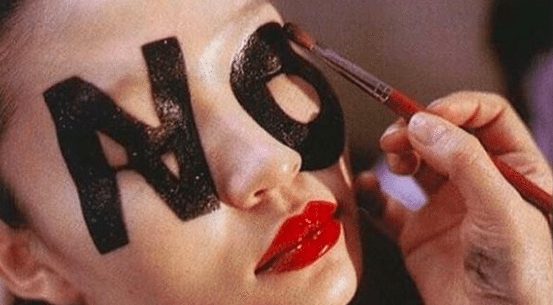 Men have reached an extreme idea of what they want their wife to look like and this freedom of superficiality has become acceptable as a result of women prepared to strive for that extreme perfection. The shallow reaction of addressing such points is usually that it is coming from someone who is not so great looking. Correction: Allah (swt) loves beauty and I’m all for enhancing the beauty you have been blessed with, however, when it becomes an excessive obsession to defining you as a person, I’m out.

Moreover, I will briefly mention the most controversial topic of all – hijabi YouTubers: bloggers who gain a following from wearing a hijab but want no connection between their videos and religion. In my opinion, wearing an item of religious representation automatically associates you to that particular religion, whether you perceive yourself to be religious or not. Therefore, comes with it, social responsibility. The first thing I did when I started wearing the hijab was go onto YouTube to view hijab tutorials. To my naive surprise, almost every video was supplemented with make-up tutorials, look books on outfits etc.

This left me rather confused. My understanding of wearing the hijab is to cover beauty which is apparent, to dress modestly and to avoid attracting attention. I found the women in those videos (and still do) more attractive than those who do not cover. So to me, the message being conveyed was that you can dress and look like the woman who doesn’t cover her head, that it is ok to wear a hijab with cropped trousers and an extremely beautified face. And unfortunately, a lot of young and/or uninformed women have adopted such habits, persuaded that it is permissible in Islam because a woman on YouTube who has 1 million followers can’t have gotten it wrong.

A woman covering herself for the sake of Allah (swt) is loved by Him, so of course shaytan is going to challenge her in every way. This can be evidenced through the intention of such YouTubers. If such videos had no viewings, there would be no videos; they are not for the benefit of anyone other than for themselves. May Allah guide us all to follow His commands in their true capacity, especially when we have already taken the biggest step towards doing so.

From a personal stance, I have been on both sides. I have been the girl who moulded herself to look like women associated with beauty at the time (yes, I thought I was a long lost Kardashian sister) to be made to feel stripped of my femininity for covering my head and dressing modestly. If there’s anything I have learnt, it is that no one is entitled to an opinion on my appearance other than myself and that my own opinion should not be tarnished by the views of others.

What we create, is only temporary in all forms of life. Our make-up is temporary and even the technology we are creating is temporary – 10 years down the line, there will be something better. However, what He creates is not. When He creates something it is as it is, there will not be new ways to make it better, because whatever He creates is perfect (although, in our minds, ailments are not perfection). Therefore, when the One who is perfect has created you and your features, how can make-up take its place and make it better? It is a temporary measure, which provides our souls temporary happiness, for temporary acceptance in a temporary world.

If we all looked the same, how boring would that be? But that’s exactly how we are beginning to look; a uniformed army of shallowness where one can easily be replaced by the other. No one has the right to impose an opinion of you on you. Remember that.

The Ultimate Breakdown of the 8 Hijab Types and Fabrics