The problem is that we try to change our living conditions before changing ourselves. We transfer our habits, lifestyle, hopes and dreams to a new soil and expect them to bloom and flourish under a new sun. 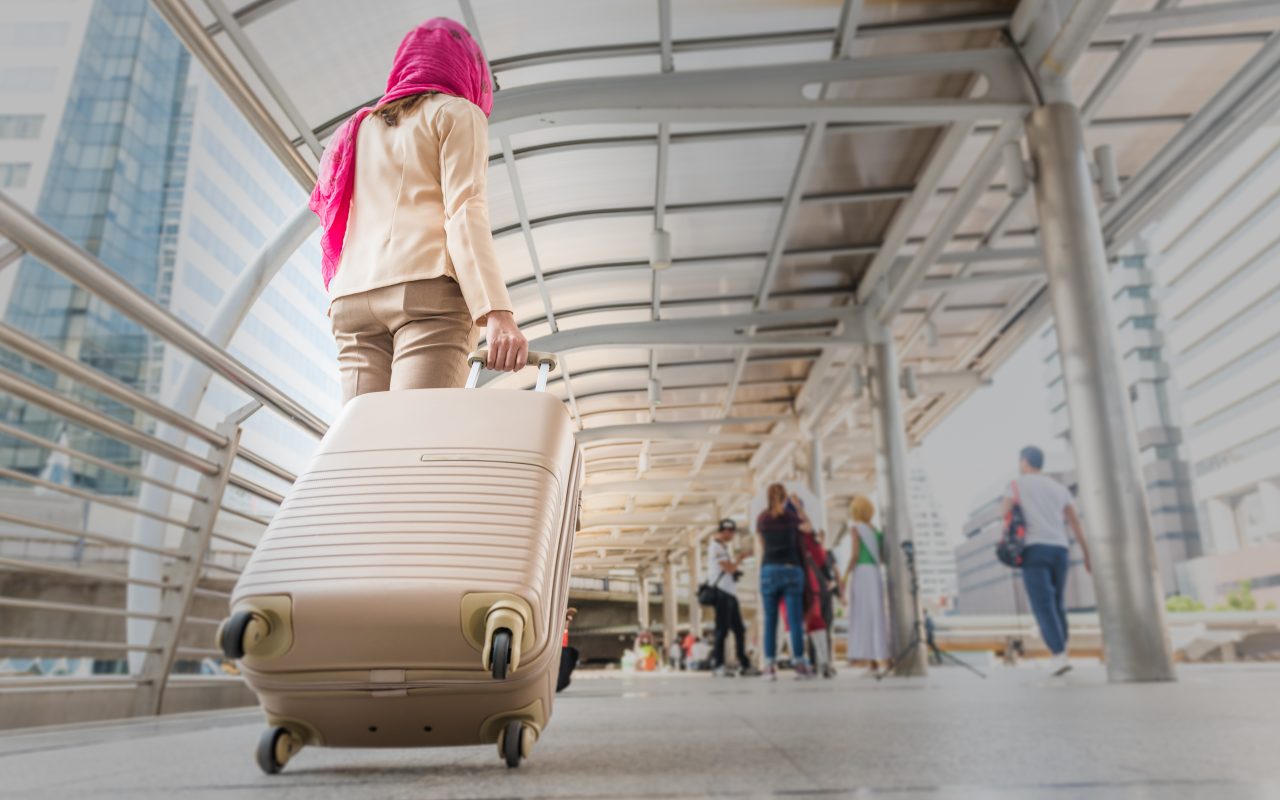 The problem is that we try to change our living conditions before changing ourselves. We transfer our habits, lifestyle, hopes and dreams to a new soil and expect them to bloom and flourish under a new sun.

Raise your hand if you love traveling, discovering new countries, meeting new people, tasting new dishes, and soaking up this atmosphere of never-ending travelling excitement! You can meet all kinds of people abroad — from those in pursuit of new impressions, more down-to-earth purposes, or to those looking for the greener grass on the other side.

Among all these ordinary tourists, expats, and immigrants, have you ever met those dreaming of performing hijrah?

The term “hijrah” refers to the Prophet Muhammad’s (saw) migration from Makkah to Medina in order to escape persecution. Nowadays,  this is how some Muslims call their relocation to another country, usually with a Muslim population. Most of them want to leave their countries hoping to find a place with more favourable conditions for practicing Islam. I knew young converts who were desperate to settle in Turkey, because their attempts to practice Islam in their own country caused discord in their families and were received with hostility by the society.

There were also those obsessed with the “The Clone” TV series, who dreamed of going to Morocco. In their mind, Morocco was a country full of palaces, fountains, beautiful black-eyed ladies wrapped in silky colourful shawls, and handsome men showering gold on their wives. Usually people want to relocate to Muslim countries, such as Turkey, Egypt, Morocco, or GCC countries, imagining that they will live in peace and quiet, side by side with good practicing Muslims.

A Converts Tale: Is It Easy To Practise Openly?

After I converted to Islam at the age of 15-16, there was a time when I felt fed up with drunk people on the Russian streets, omnipresent alcohol, and mini-skirts and people’s reaction to my hijab. I pictured myself living in Turkey, where I would hear the prayer call, where people were warm and friendly, and where I would find my kindred spirits and would never feel like an outcast. After a while, I got an opportunity not to live there, but at least to visit the country of my dreams quite often. When my plane landed in Turkey for the first time, my eyes were full of tears of happiness.

After some time though, I didn’t cry anymore and couldn’t help but feel puzzled. Yes, there were mosques, prayer calls, and good Muslims, but there were also gossiping, cheating, alcoholism, and even atheism. Despite me being Muslim and having a perfect command of Turkish, I was always a stranger there. It wasn’t just because my face was giving away my Slavic roots. I also could not grasp why some Muslims did things that contradicted their religion but still called themselves Muslim. Perhaps I should add that I was 18-19 years old and was extremely naïve at that time…

After that I made some friends in the UK and switched to dreaming about relocating there. I never thought of it as hijrah, since my situation in Russian wasn’t bad at all, but I wouldn’t mind living in a European country with a more friendly attitude towards Muslims. I didn’t think about the famous European tolerance, discrimination cases, and practical aspects of relocation. I just dreamed about it because during my touristic visits I felt myself more at home there than in Russia. Well, as the saying goes, the best place to be is always somewhere else.

A few years ago, when I was getting ready for relocation to Saudi Arabia, there were those who said “this is the best hijra, you are so lucky”. Indeed, living not far from Makka and Medina is a priceless gift for any Muslim. But I didn’t come here to escape from persecution or discrimination in my country, and I never cherished illusions about what to expect here. You can find here many things that some Muslims wish for, such as gender segregation, the alcohol ban, or strict censorship. You don’t have to worry about getting non-halal meat in a restaurant or about your children watching something inappropriate on TV.

But let’s not forget that at the end of the day, this country is inhabited by human beings with all their weaknesses and vices. Those who know where to look will find all kinds of stupefying substances and unburden-some relationships. The difference is that it is done covertly for fear of punishment or public reprimand. Globalization has affected all countries in the world, and those looking to relocate to Saudi Arabia in pursuit of “pure Islam” might eventually get disappointed. The cradle of Islam is nowadays populated not with prophets or sahabas, but with ordinary people with their strengths and weaknesses. The fact that they were born and raised in Saudi Arabia does not oblige them to be models of virtue or to live up to the new immigrants’ rosy expectations regarding their country.

The insatiable thirst for discovering new lands constitutes a part of the human nature, otherwise we would turn into passive, sluggish amoebae not willing to move and change anything in our lives. The problem is that we try to change our living conditions before changing ourselves. We transfer our habits, lifestyle, hopes and dreams to a new soil and expect them to bloom and flourish under a new sun. But the truth is that any country is inhabited not by saints or angels, but by common people with their customs, traditions, culture and language, and the fact that they profess the same religion does not mean that anyone can seamlessly integrate in their society.

In my opinion, hijrah can be justified if there is a real danger for someone’s health or life, and if there is persecution that causes not just minor issues, but forces him/her to choose between survival and his/her religious convictions. That being said, there is nothing wrong in relocating to a new country in search of a better life, but in this case it shouldn’t be called hijrah and done under religious slogans.

In the nearest future my family is going to relocate to another country again, and I know for sure that the country we’ve chosen is far from being perfect and it won’t be easy to settle there. But we are not trying to find the Eden, nor are we going there to find our peace of mind…because we bring our peace of mind with us, wherever we go.