Muslims need to take care of their health too

This is part 1 of a 2-part series, which aims to discuss the Islamic perspective on physical health in the light of the growing problems of obesity and heart disease in this day and age. Part 1 will provide an introduction to the meaning of health in Islam and examine why the Muslim community should give greater consideration to maintaining physical health. Part 2 will provide advice on how physical health can be optimised, using Quranic references and divine traditions.

The World Health Organisation has defined the term health as “complete physical, social and mental well-being and not merely the absence of disease or infirmity” [1]. Within an Islamic context, this definition is extended to include spiritual well being [2].

Physical health in the Muslim Community

Globally, cardiovascular diseases including heart attacks and strokes are the main causes of death, and it is predicted that they will remain to be so in 2030 [3]. The largest increase in the percentage of deaths attributed to cardiovascular disease is expected to occur in the eastern Mediterranean region and the largest increase in an absolute number of deaths in South East Asia [3]. These are populations that consist of a significant number of Muslims from Arab communities in the former, and Indo-Pakistani communities in the latter. It is thus critical that factors influencing the development of cardiovascular disease to be addressed within these communities, namely diabetes, high cholesterol, poor diet and lack of exercise. To further emphasise the importance of addressing these factors especially within the Muslim community, the following facts should be considered:

A number of factors are responsible for the increased prevalence of cardiovascular disease within the Muslim community, which can be grouped into environmental and genetic categories. There is evidence to indicate that South Asians, in particular, have a genetic predisposition towards “syndrome x” or the “insulin resistance syndrome” which involves an earlier onset of diabetes, central obesity, high blood pressure and higher levels of cholesterol [6].

Within the environment, dietary factors play a major part in perpetuating the problems of heart disease and stroke. The consumption of clarified fat (ghee) is a specific example. In addition, the Muslim community suffers from the same issues that affect the population as a whole, including excessive consumption of fried foods and highly calorific sweets. This may be especially relevant during communal gatherings; particularly within the holy month of Ramadhan.

Maintaining physical health to preserve the creation of Allah (s.w.t.)

Allah (s.w.t.) has ordered us to protect our body and preserve it in the perfect form he has fashioned. This is illustrated by the following Quranic verses:

“O man! What has enticed you from your gracious Lord who has created and well-proportioned you, and given you a perfect moulding?” (82:5-7).

“Anyone who tampers with God’s grace after it has been bestowed on him will find God to be stern in punishment.” (2:211).

The Prophet (p.b.u.h.) has placed emphasis on the value of good health:

“No blessing other than faith is better than well being” [7].

In light of this and the above verses, we should aim to preserve our health in order to gain Allah’s blessings.

The health benefits to our cardiovascular system in consuming the foods prescribed by Allah (in moderation) can be demonstrated in light of today’s research. An example of which is that the consumption of higher amounts of olive oil (olives being one of the foods mentioned in the Qur’an on several occasions) has been linked to lower mortality rates in Mediterranean countries, compared to western countries [8].

Research has also shown the positive effect of exercise in controlling diabetes, lowering cholesterol levels and blood pressure; all factors linked with the development of cardiovascular diseases [9]. There is a direct relationship between the degree of physical activity and likelihood of death from cardiovascular diseases, with research showing that adherence to a regime of physical activity and a Mediterranean diet (high in olive oil) can lead to a 50% reduction in death from cardiovascular causes at 10 years of follow up[MN1]  [10, 11].

From an Islamic perspective, it may seem that little emphasis is placed on maintaining good physical health when one considers the extensive literature on Fiqh relating to Salah, Zakat, Hajj and the relative lack of guidance on diet and exercise. However, maintaining a sound physical but also mental state is a prerequisite to executing our Islamic duties and acting in accordance with Fiqh. This point is illustrated by the following hadith:

“No one will be allowed to move from his position on the Day of Judgement until he has been asked how he spent his life… and in what pursuits he used his health.” [12]

For instance, amongst the main tenets of Islam are prayer, fasting, and pilgrimage; and fulfilling each of these practices necessitates a degree of physical fitness.

Additionally, in the early Islamic era, the practice of archery, horse riding, and swimming enabled acquisition of military-style skills useful in defending and strengthening the Islamic community. In the current age, physical activity may be deemed to foster closer links within the community; another way of strengthening the Ummah.

In The Holy Qur’an, Allah has identified on numerous occasions that the disbelievers and those destined for hellfire have a disease affecting their spiritual heart. For example;

“As to those in whose hearts there is a disease, it only increases their uncleanliness, and they shall die infidels.” (9:125).

“In their heart is a disease, and God increases their disease; for them is a painful chastisement because of the lies they were telling.” (2:10).

It is no coincidence that the main cause of mortality across the world also relates to the heart, though not in the physical sense. The above Qur’anic references, together with the fact that significant global mortality is attributed to cardiac related disease, demonstrate the heart to be a key component of man; shaping one’s physical and spiritual state. Thus, every effort should be made to rid the heart of disease, be it physical or spiritual. However, we should not isolate each aspect of the heart since important links between physical and metaphysical realms exist (metaphysical incorporates our spiritual, emotional and social health).

As already stated, physical fitness provides the energy and stamina to perform our prescribed religious duties that allow spiritual proximity to Allah. To illustrate this point, those with poor cardiovascular health (e.g. diabetics) are frequently unable to fast due to an inability to control blood sugar levels, and are therefore deprived of the opportunity to perform this Islamic duty. In addition, certain dietary habits can worsen the condition of the spiritual heart, such as eating haraam foods or foods acquired through unlawful means.

Furthermore, Allah has urged us to eat in moderation and has prescribed certain foods for us to benefit from; spiritually and physically:

“Eat of the good things we have provided for your sustenance, but commit no excess therein, lest my wrath should justly descend on you, and those whom descends my wrath do perish indeed.” (20:81).

The Prophet has similarly advised us to be careful of our eating habits and of the adverse effects of gluttony on the spiritual heart:

“Don’t indulge in over-eating because it would quench the light of faith within your hearts.” [13]

Some Islamic authors have underlined the critical relationship between physical and spiritual fitness; highlighting a boosted morale and a clearer mind as some of the non-physical benefits from physical exertion and improved bodily strength [15].

Modern day research has outlined the psychological benefits of exercise; improving one’s mood, self-confidence, self-esteem and functional capacity [9, 16, 17]. Exercise has a hedonic effect, i.e., it is pleasurable for the person undertaking it. This makes exercise an important component in helping people who suffer from anxiety and depression; major ills of our time, with estimates that as many as 30% of the population currently suffer from depression [18].

This positive impact on the mental state could be interpreted as a defence against the diseases
affecting the spiritual heart. For instance, psychological stress; a key trigger to anger and one of the main ailments of the spiritual heart [13], is also reduced by frequent physical exercise [14]. This shapes the person into a patient and calm person; one less prone to committing sins which darken the spiritual heart such as slander, backbiting, ill-speaking, and defamation (illnesses identified by Ayatollah Amini in [19]).

Furthermore, the reduction in fear and anxiety as a result of an elevated mood offer optimism and positivity which may overspill into other aspects of one’s life, enabling development of superior personality traits such as inner peace and tranquillity, which are recommended Islamically.

Ayatollah Ibrahim Amini, in his text entitled “Self-building” [20], has outlined a method of attaining spiritual growth of the heart, through firstly self-purification and refinement of the heart via abstinence of sin, and secondly through self-nourishment via performance of righteous deeds.

His framework can similarly be applied to diet and physical exercise and its benefit on the physical heart. For instance, the first and most basic reason for healthy eating and exercise is to preserve the form created by Allah, namely the human body, from the physical harm of medical diseases (the self-purification stage). Secondly, the more indirect and arguably the dominant reason is to enhance the metaphysical aspects of man; the psychological state and the spiritual heart. Both these justifications for optimising physical health ultimately lead to a more productive human being, able to discharge the obligatory Islamic duties.

In part 2, we will turn our attention towards the dietary measures we can take to improve our physical health, as recommended by Islamic traditions. 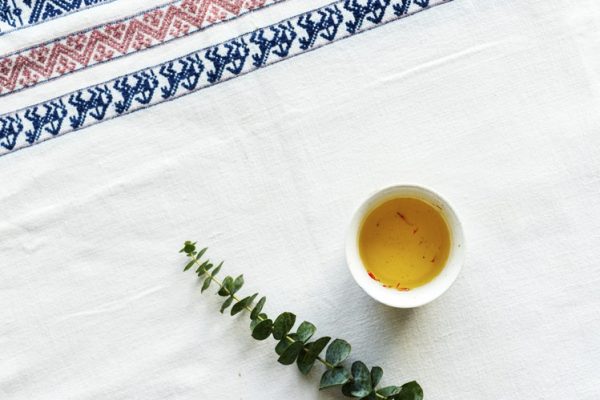 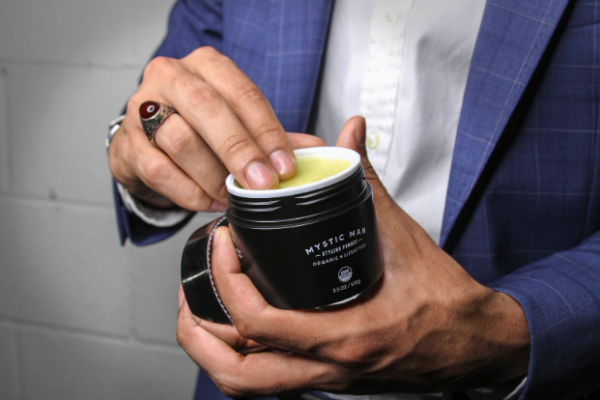