You never think it’s going to happen to you… until it does.

Just over a week ago, I was in a queue with my four-year-old son. We were waiting for a train ride around the park near my parents’ house, when I received a phone call from my mum. It was the phone call that nobody ever wants to receive; the phone call that informs you of tragedy at home.

Five of my maternal uncles had been shot in Nazimabad, Pakistan. We weren’t sure who was alive at that point, but as we took to Twitter, the true reality of the horror was emerging. A ladies majlis, commemorating the martyrdom of Imam Hussain (the grandson of the Holy Prophet (SAW)) was taking place in a private residence; gunmen on motorbikes had opened fire, and three of my uncles, Naiyer Mehdi Zaidi, Nasir Abbas, and Baqar Abbas Zaidi had been gunned down in targeted killings.

My remaining two uncles, Tahir Abbas and Nadir Abbas, and my 15-year cousin, Murtaza Ali Zaidi were in critical condition in the hospital. By the mercy of Allah, they have now recovered well.

Let’s be clear here; the attacks were sectarian, specifically targeting the Shia community. Later, the militant organisation, Lashkar-e-Jhangvi took responsibility for the attacks. A spokesman for the group said: “There is no room for the enemies of the companions of the Prophet Muhammad (SAW) in Pakistan”, a reference to Pakistan’s Shia minority.

It is important to note that whoever is behind these attacks, they are following a deviant interpretation of religion aligned to ISIS and al-Qaeda. This intolerant ideology comes from Saudi’s Salafi-Takfiris; they are a violent offshoot of mainstream Islam, and this tiny minority group is giving Muslims around the world a bad name.

In Pakistan, Shias are a persecuted minority who are still not free to practice their religion without fear of being killed for their beliefs. These attacks used to take place in public places, such as mosques, schools and hospitals. Now the attacks are taking place in private residences, which means people are not even free to practice religion in their own homes.

You think that these kinds of attacks happen to other people, but there are so many Shias being targeted, the chances are that you will know someone in Pakistan affected by these acts of violence. At the beginning of October, these same hardline groups killed my friend’s cousin, Mansoor Sadiq Zaidi, in a targeted attack, as he stood with his son outside his house.

This is genocide, and it is specifically targeting the Shia community.

But this blog post is not an account of what happened that fateful day. You can read that yourself in the newspapers that have covered the event, including The Independent, The Guardian and The Seattle Times. The news made the front page of The Evening Standard last Friday.

This blog post is intended to tell you what you might not know about my mum’s brothers. I want you to know about their magnanimous personalities, about their humanity, and their values.

My mum’s brothers were very open-minded, tolerant, loving people who touched the lives of every single person they met. As I write this post, I know that there are not enough words to express the depth of the grief I am feeling, nor are words enough to explain how incredible my uncles were.

The Nazimabad firing took place during the Holy month of Muharram, when Shias commemorate Imam Hussain’s martyrdom. Ultimately, Hussain’s struggle was about freedom from oppression; about sacrifice to protect universal human values. My uncles lived with the love of the family of the Prophet (SAW) in their hearts, and they implemented these values in their everyday lives.

During the attacks, the gunmen attempted to gain access to the ladies majlis in the house. When they could not enter, they fired gunshots on the people who were sitting outside. As the gunmen came forward, Baqar Abbas Zaidi, my mum’s youngest brother, opened up his arms to protect  the door and to stop the killers from going inside the house. He was killed instantly as the gunmen opened fire on his chest.

I think about how many lives Baqar Mamu has saved through this fearless act of self-sacrifice. By standing between the door and the gunmen, he prevented them from entering the house, thus stopping further bloodshed and carnage.

My Mum’s eldest brother was Naiyer Zaidi, a British citizen who had resided in London for more than 30 years. He loved this country as he had spent most of his adult life here.

Every year, Naiyer Mamu would go to Pakistan to commemorate the events of the tragedy of Karbala with his family. He loved to read poetry, books and literature. After retirement, he spent more and more of his time reading about Islam, and he loved to spend his time in the company of learned Islamic scholars.

It is my view that religious conviction manifests itself in the values of humanity, and Naiyer Mamu’s personality is testament to this. He was kind, he was generous and he was incredibly humble. Moreover, he would view everything in his life as an example of God’s infinite mercy. His positive outlook on life and his ability to always see the best in people is incredibly inspiring.

The true essence of religion is about akhlaaq; it’s about how you treat your fellow human beings. When my paternal grandfather, Qaiser Hussain Zaidi passed away, Naiyer Mamu truly was a rock for our family, giving us so much support and kindness in a period of great difficulty.

Another uncle who was killed on that horrible day was Nasir Abbas, a US citizen. Nasir Mamu brought joy, happiness and laughter to every single person he met. In 2008, my sister and I visited him in the US. In only a few days, Nasir Mamu had such an incredible effect on me. He had what can only be described as a magnetic personality. He was so full of life; not only was he absolutely hilarious, but we would spend hours conversing with him about many topics, including philosophy, poetry, politics. He was incredibly open-minded; he didn’t care about who you were or where you came from. He treated everyone with the same love, respect and dignity.

I have been reflecting on the personalities of my mamus and thinking about what I can learn from them. They were all so positive in their outlook, always seeing the best in every situation.

I know that they would have seen even the way they left this world as an example of God’s blessings. They lived their life through the love of the values of the Prophet (SAW) and his Holy household, and they left this world in the same way. As I watch their funeral, I know the cries of “Labaik Ya Hussain!” would have comforted their souls. They have become shaheed.

I feel so honoured and privileged to have known them, and I feel so sad that they are no longer with us. But to have left this world in the way they did is no doubt a great blessing. They have given me a lifetime of beautiful memories, and to know that so many people around the world are remembering them so fondly, is a source of great comfort.

Please pray for Muhammad Zaki Khan and Nadeem Lodhi, who were also martyred in this brutal attack and for the families of the injured and the deceased.

Please also pray for the soul of Mansoor Sadiq Zaidi.

(This piece was originally featured here) 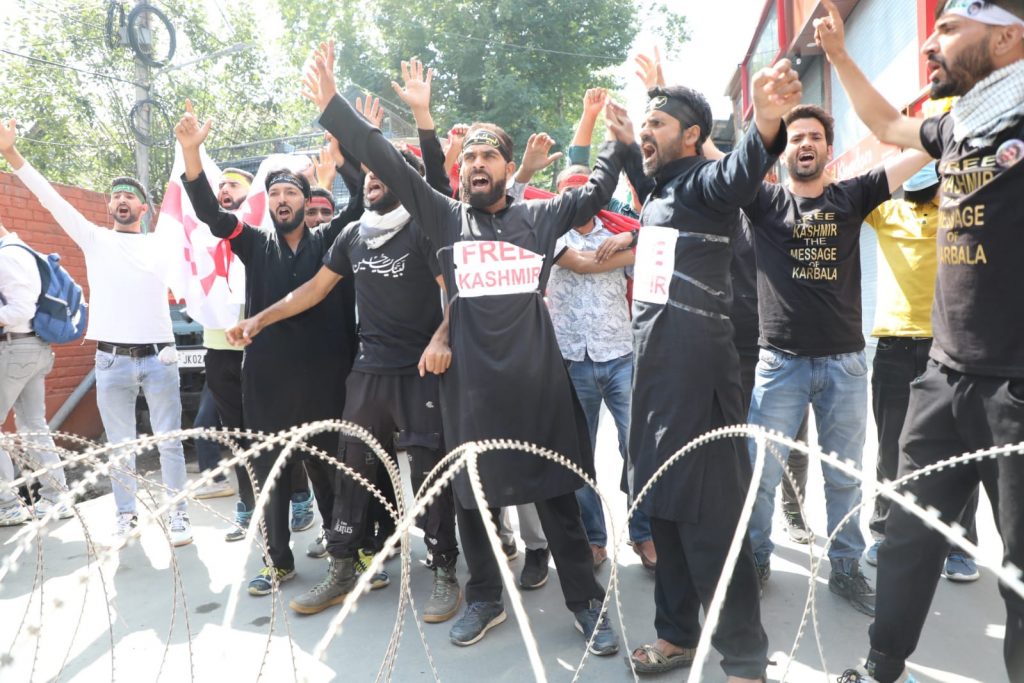 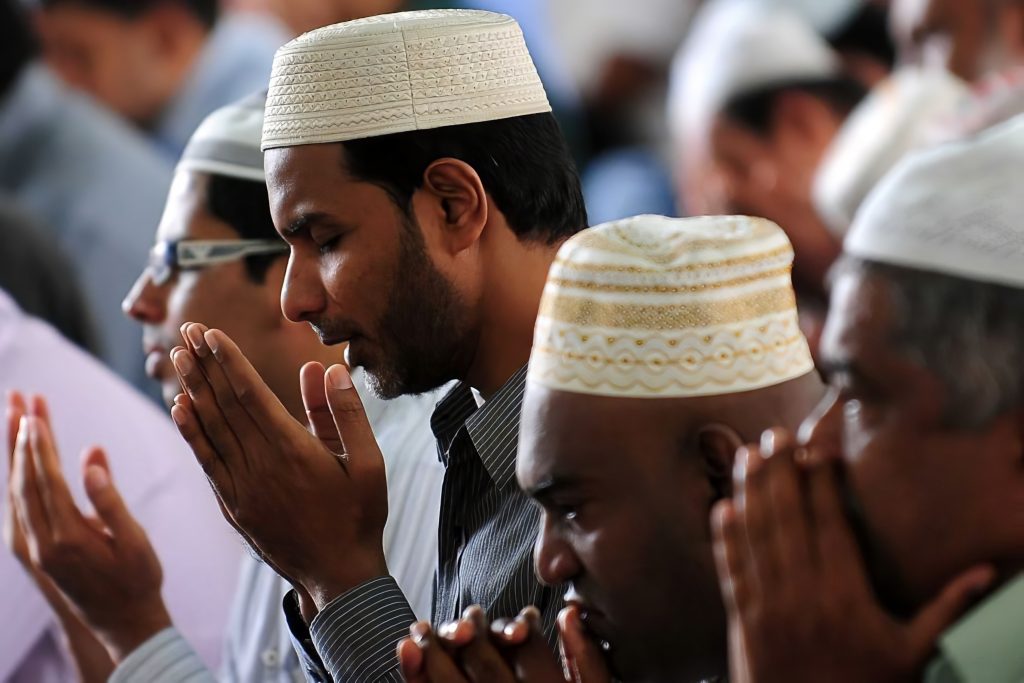 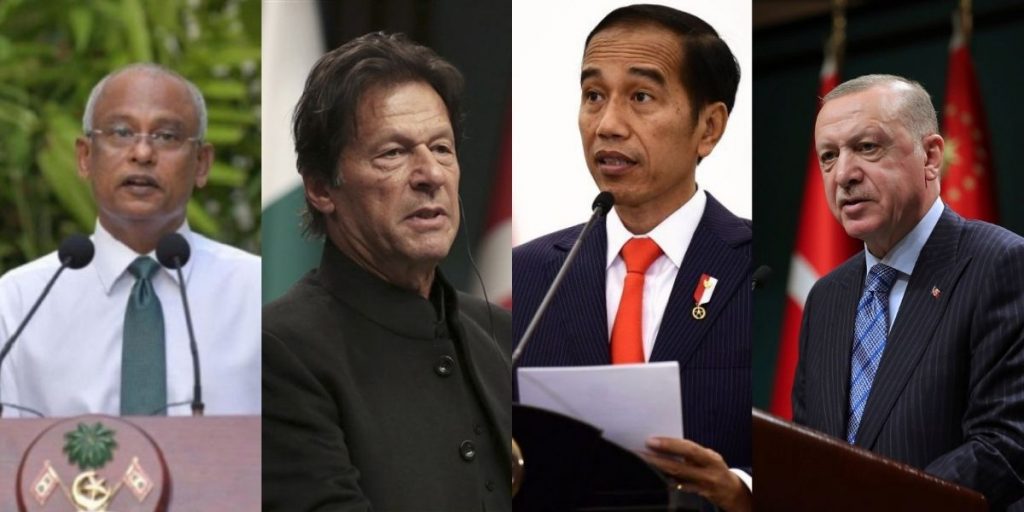