Behind Who is Hussain: An exclusive interview with one of the team

“Over 1,400 years later, Hussain’s extraordinary message still lives on. Just imagine if there were more individuals – more heroes – with Hussain’s morality and strength of character in Paris, Copenhagen, Iraq, Syria, and a thousand other places this last year. Wouldn’t the world be so much better for it? “

Q: Assalaamu alaikum, brother, peace be unto you.

Millions of people, amongst them myself, have witnessed the huge success of the Who is Hussain campaign, but few realize that it was created by youths our age. It’s automatically assumed that such things are produced by older, better, and more experienced people. May you tell us about Who is Hussain and how it came to be?

A: Wa alaikum as salaam. Who is Hussain? was initiated in 2012 by a small group of young people from London. A number of friends came together and realised that it was a crying shame that an individual who should be celebrated in the same way other timeless heroes are, and whose story even surpasses theirs, isn’t recognised by the public at large. We also noticed the daily erosion of values and morality in today’s society and it was our belief that the pristine vehicle of Hussain ibn Ali could provide some remedy for this. One day, we hope that Hussain will become a moral compass for all types of people in their daily lives.

Whilst the core team mainly consists of young people, the individuals behind Who is Hussain are actually people of all ages, colours, creeds, and backgrounds. And they are numerous. The man in London last month who clothed and cut the hair of homeless in Charing Cross, the woman who contributed out of her salary to the Who is Hussain Michigan appeal for the needy, the elderly couple who handed out leaflets to their neighbours about Hussain ibn Ali are all part of the lifeblood of the campaign.

Q: The bright red banners, billboards, and leaflets demand the same question: Who is Hussain? There’s an unwritten extension to the question, inviting the reader to think beyond the obvious answer of Hussain’s (as) lineage and role to what is deeper and more personal: Who is Hussain to you?

I’d like to turn the tables this time and ask you the same question you’ve been asking everyone else. Who is Hussain (as) to you?

A: Hussain ibn Ali means so much that it is difficult to do justice to his legacy in a few sentences, but I’ll do my best.

Hussain was a paragon of peace, justice, compassion, and morality.

He understood that sometimes to achieve a truly fair and equal world, sacrifice is necessary. He gave us the best example of true loyalty to principles. He portrayed what it means to have courage of conviction.

I believe Hussain was a great leader and a tremendous visionary. Whilst he, his family members, and his companions were threatened and later slain, Hussain always had the end goal in mind: a more equitable society, one without an immoral and oppressive tyrant at the helm.

I want to point out that our organisation is called “Who is Hussain?” not “Who was Hussain?” Over 1,400 years later, his extraordinary message still lives on. Just imagine if there were more individuals – more heroes – with Hussain’s morality and strength of character in Paris, Copenhagen, Iraq, Syria, and a thousand other places this last year. Wouldn’t the world be so much better for it? That’s why hundreds of volunteers around the world offer their time and energy to help spread and emulate his legacy.

Q: You mentioned that Al-Hussain’s teachings surpass religion and politics, and that his message is still relevant (and perhaps more so) today. Do you think that after non-Muslims read more about him, they’d begin to understand the principles his followers hold dear, and perhaps become more tolerant of Islam?

What about the Muslims who know him merely by name, or associate him with Shiism only?

A: Absolutely. Turn on the news; I guarantee you that a large number of the stories will embody the very struggle and values of Hussain. The only difference is that they’re 1,400 years ahead of his time. I’ve just done the same. I’m looking at extremism and distress in Yemen, hordes of ISIS terrorists oppressing the innocent, and how 750 million people still remained parched on World Water Day this year. Each one of these stories resonates with Hussain ibn Ali’s tragic and timeless tale. 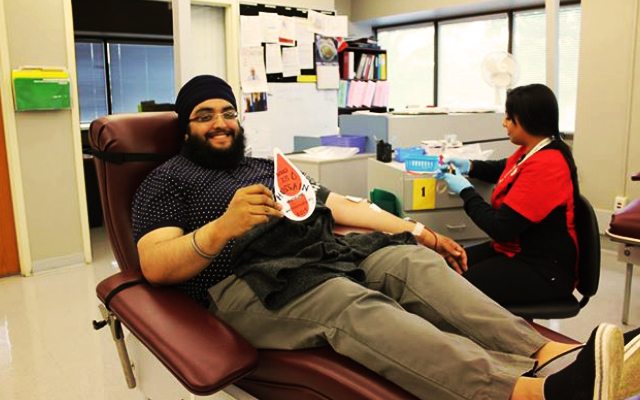 Hussain was a leader of a religious community, yes, but his struggle against evil is one which everyone can benefit from.

Hussain was a leader of a religious community, yes, but his struggle against evil is one which everyone can benefit from. Firstly, He did not give allegiance to a tyrant (embodying freedom), he did not surrender despite being hugely outnumbered on the battlefield (demonstrating immense courage), and he even treated his soon-to-be killers with kindness and good manners, offering them water and so forth (unimaginable compassion).

You are correct to mention that Shi’ites are known to remember Hussain, which they do on an annual basis, more than anyone, but that’s  because they know and feel his story. I guarantee that should others learn of the events of Karbala they, too, will find it difficult not to be incredibly moved and saddened.

Lastly, by way of example, the great civil rights leaders must never be pigeon-holed into the 1950s or 1960s. Malala’s fight for education isn’t only relevant to Pakistan, nor was Mandela’s fight for equality only pertinent to South Africa. I would even argue that Hussain’s outstanding tale has even more layers of brilliance, encompassing each of these and other great struggles against oppression. To confine Hussain to 7th century Arabia would be a real injustice.

Q: What can we do to help spread the legacy of Hussain and restore humanity in a world that’s steadily crumbling to destruction? What difference can we, the average person, do to make this world better?

A: We can do so many things. The easiest is to remember Hussain ibn Ali regularly. His story isn’t something to be recalled only occasionally or seasonally. After remembrance comes implementation of his principles: unwavering courage, respect of all creatures, compassion, and dignity. Let us adopt Hussain ibn Ali as a guide to right conduct and embody his integrity. 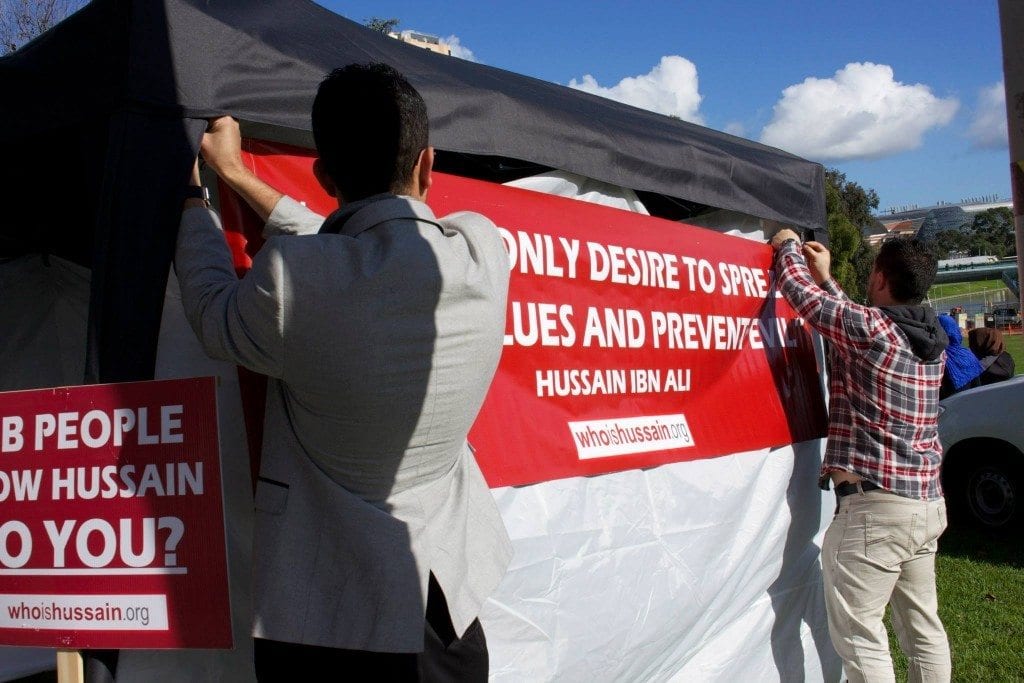 Don’t forget that the average person can do so much.

We really can change the world. After all, no change has happened without the determination of a few perseverant individuals who were committed to realising their goal. Hussain changed the face of Arabia forever with his stand. We can stop the destruction to which you refer.

Supporters of Who is Hussain? can do numerous things.

Find out who your local Who is Hussain representative is via the website and join in some of their charitable activities.

The organisation is non-profit and runs entirely on donations. Please do consider making a donation to spread the message of Hussain ibn Ali.

Speak to colleagues and friends about Who is Hussain? and why he is your role model.

Change begins with oneself, so start by improving yourself before attempting to improve society. Please don’t wait around for other people fix things when you have the ability to make a difference, however small.