Dark times ahead for Muslims in the West

Not going to lie… I’m worried about our future.

I’m worried that whilst we keep having the same discussions and making the same points, the inevitable is becoming more apparent. For more than a decade Muslims have raised concerns over ‘the war on terror’ – and in that same decade terrorism has increased around the world by almost five times, and Muslims have been the biggest victims. Muslim countries have been ravaged with violent conflicts triggered by invasions and insurgencies which have destroyed millions of lives. 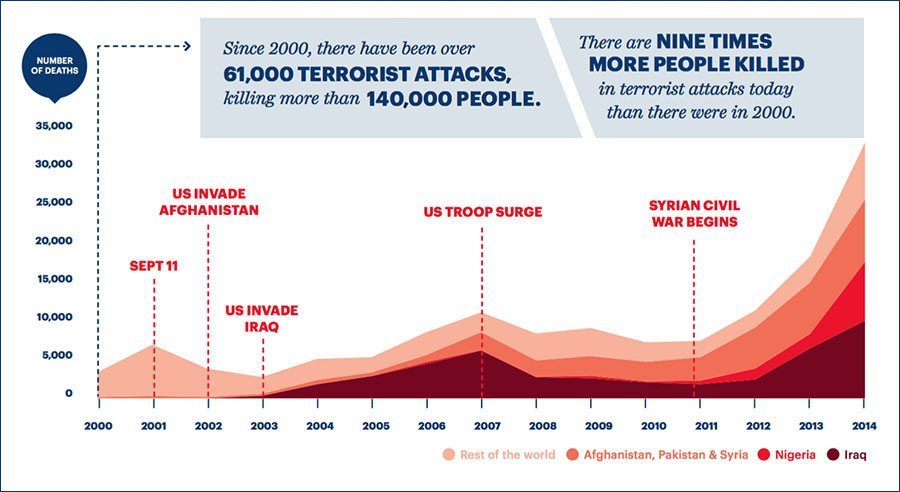 Statistics on number of civilians killed in Muslim countries

Note: The above does not include many other countries such as Yemen, Somalia, Kenya, Egypt and others which have also been victims of terrorist attacks. Neither does it include the millions of people injured, displaced and imprisoned. [/toggle]

Islam has been ridiculed and Muslims have been vilified on a near daily basis in the media throughout the globe. Muslims are treated with suspicion at airports and public transport, to the stage it’s like a dark inside joke amongst Muslims who’ve surrendered to a dismal reality.

The real humiliation comes from the fact that Western powers still maintain an alliance with regimes like Saudi Arabia, which manufacture and export the ideology of terrorism (Salafism/Wahhabism). Most recently the US approved the sale of $1.29 billion worth of arms to the Saudi regime.

Yet Western media and governments have the nerve to claim that Muslims should condemn extremism and the somehow we should ‘do more’ to prevent extremism.

How has it got to his stage that we have accepted this humiliation? How can any of us still deny that there is a war against Islam itself? But more importantly how is it that some of us still choose to do nothing, and carry on with our lives like nothing is coming?

I say this with a heavy heart, but we are sliding towards very troublesome times. 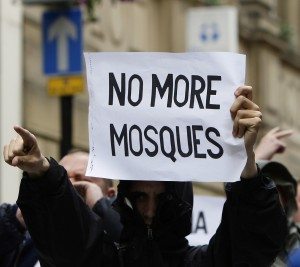 The trend appears to be that with every terrorist attack the level of Islamophobia increases in number and severity. I would argue that there’s 3-5 more terrorist attacks pending before there’s an all out assault against Muslims.

And based on the trend of Western ‘counter-terrorism policies’ I foresee that many Muslim / civil rights activists in the West will be imprisoned in a bid to silence any dissent. With every increased threat of terror, Western governments usher in new laws and policies to supposedly counter such threats. Most recently, the UK government announced it will grant Police and spy agencies access to our internet browsing history.

Perhaps humanity needs to be submerged in complete darkness before we can appreciate the light once more. Perhaps we Western Muslims were fooled when we saw our brothers and sister suffer in the Middle East and thought it would never hit home. Perhaps we too must be prepared to sacrifice our comforts to make a stand. If so, bismillah – and may God make us amongst those who strive for right cause and die in His way.

We must prepare ourselves for what lies ahead.