Activists should commit to taking classes on creed, fiqh and Islamic spirituality preferably in person but also through credible online platforms.

Activists should commit to taking classes on creed, fiqh and Islamic spirituality preferably in person but also through credible online platforms.

What is known as social justice activism has taken up much attention in the minds, resources and activities of Muslims in the West. The socio-political pressures of the post 9/11 Western world coupled with children of immigrants feeling more authentically part of the societies in which they were born, raised and educated in have produced greater degrees of Muslim activism in the West. Although this trend is not necessarily a negative, the quest for social justice in the locations which we live in must have sacred parameters in working towards a more just world.

In working to see more justice on earth with the realization that only perfect justice will be on the Day of Judgment and not in this lower realm, at-Tawhid, meaning the oneness of God, must be the starting point for Muslims involved in social justice activism if such activism is to be pleasing to Allah (Mighty & Sublime). Within the belief in at-Tawhid is that Allah (Mighty & Sublime) is the possessor of the most beautiful names. Two of His many beautiful names are Al-‘Adl (The Just) and Al-Haqq (The Truth). Al-‘Adl is He who set the balance of all things in the universe. Moreover, Al-‘Adl carries the meaning of He who placed everything in their proper places that He intended them to be in or operate in. Al-Haqq (The Truth) is He who is the true reality that set the parameters of correctness, and extended to created beings their Huqooq, meaning ultimate rights. Hence Muslims who are motivated to bring forth social justice be into rectifying structural inequalities or individual cases of injustice should do so through a metaphysical framework that justice is centered upon transcendent truths from Al-Haqq. As ar-Raghib al-Asbahani (may Allah have mercy upon him) stated, justice carries two meanings, the first derived from a legal aspect which comes from Divine legislation, while also understood as what ensures goodness or beauty in society, based upon agreement from sound intellect.

Enjoining the good & forbidding the evil

In essence, social justice activism which respects at-Tawhid as a guiding principle is actualized through the Divine principles of enjoining the good and forbidding the evil. Within enjoining the good and forbidding evil, one of their foremost principles is having knowledge of what defines good and evil, understanding that the parameters of what defines good and evil stem from at-Tawhid, and that these are not primarily set or erased based upon whims of humans nor public opinion polls. Shaykh Ahmad Zarruq al-Maghribi (may Allah have mercy upon him) stated:

It is not permissible for anyone that (s)he proceeds upon a matter until (s)he knows the ruling of Allah pertaining to it.

Hence, any Muslim activist who is mindful of Allah (Mighty & Sublime) must first learn the rulings from the Qur’an, the rulings from the Prophet (prayers and peace be upon him & his family) and the consensus of what Muslim jurists have agreed upon relating what is obligatory, recommended, reprehensible and forbidden pertaining to general issues which are being advocated or organized around. As Imam Zaid Shakir (may Allah preserve him) stated:

Hence, every activist must be a scholar in the realm of her activism as she must be conversant with the legal rulings associated with a particular action she may be involved in.

Simply acting or endorsing issues or causes without having this particular knowledge will certainly deviate at some point operationally from a Tawhidic worldview, which will heighten societal problems and could serve as a means of those acting in ignorance to accumulate sins even with sincere intentions. As Imam Ali (peace be upon him) stated, “Ignorance corrupts everything.”

Of course, when acquiring knowledge of the above, activists need to have qualified religious guides and teachers. Islam is a tradition which was transmitted from the men and women with certain spiritual states, not merely by books. Learning sacred knowledge needed for activism should not be merely listening to speakers on Youtube or Facebook who maybe wear turbans, jubbas and fancy shawls while speaking eloquently. In order to learn properly, activists should commit to taking classes on creed, fiqh and Islamic spirituality preferably in person but also through credible online platforms. If one is taking their activism seriously from the Tawhidic perspective, simply reading articles about politics and listening to talk radio and Ted Talks are insufficient. Even though Musa (peace be upon him) was a prophet, he needed a spiritual mentor to guide him before he went to enjoin good and forbid evil to Fir’awn. Since a prophet who was ma’sum, or protected from the desire of sinning, had a guide, it is delusional for any activist to believe that (s)he can go it alone without a teacher or guide. Being involved in Islamic learning and having teachers and guides which includes consulting with mentors will assist those in activism from becoming extreme in going far to the right or too far to the left from the balance set by Al-‘Adl. 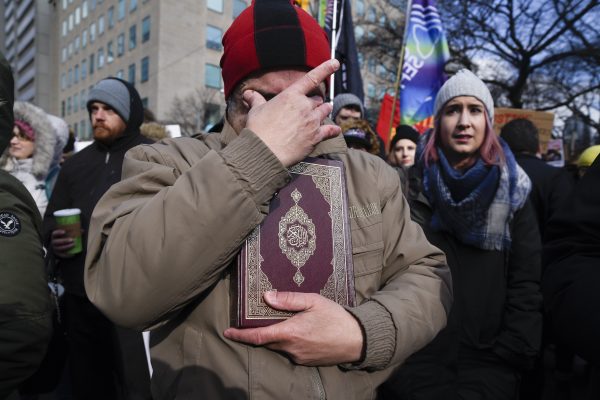 Having some prerequisite sacred knowledge along with mentorship will assist activists in having more nuanced positions and guard against taking extreme positions which violate the spirit and general rulings within sacred law. Many in the activist camp these days fall into the extreme opinions on some issues from the Left, while others who seek to counter at times hold extreme positions coming from the Right. Our way should not be the wholesale acceptance of accepting secular epistemologies and methods of activism, be those emanating from liberals, progressives or radicals or conservatives. Be it the Critical Race Theory or other theories around gender and sexuality, these theories which are not proven laws or truths need filtering, and the Islamic tradition which includes Usul al-Din and Usul al-Fiqh gives epistemologies which will assist in intelligently filtering secular frames of viewing the world and means.

I suggest purchasing my new book titled Towards Sacred Activism with a foreword written by Imam Zaid Shakir of Zaytuna College and preface written by Ustadhah Leenah Safi of Felicity Foundation. The book gives more of my take on the issues mentioned in this article and provides examples of the difference in meaning between alliances and coalitions, as well as uses LGBTQ engagement as an example of how Muslims in the West can better endeavor in social justice activism based in at-Tawhid and acted upon with nuance.

Towards Sacred Activism may be purchased in the US here, and will be available soon for those residing in the UK here.