“O God, I ask pardon from Thee for the person wronged in my presence whom I did not help, the favour conferred upon me for which I returned no thanks, the evildoer who asked pardon from me and whom I did not pardon, the needy person who asked from me and whom I preferred not over myself.” Imam Zayn ul-Abideen (as) in Al–Sahifa al–Kamila al–Sajjadiyya

The compelling conditions of our time offer human society two paths to choose from. And make no doubt about it, we always have a choice. We will either continue past enmities and failures, or we will learn how to live in peaceful coexistence.

In an ever-changing world of global connectedness and with the rise of Islamophobia, in order to make peace sustainable, we need to take a step back and understand the significance of forgiveness in Islam. We need to emulate Prophets and Imams who were the epitome of forgiveness and patience. The act of forgiveness is one of the greatest as well as the highest spiritual acts within the religion of Islam, that there is no doubt.

Ghandi said: “Forgiveness is the virtue of the brave”. According to Alexander Pope: “To err is human, but to forgive is divine.” Both statements are very true. As human beings we are responsible, but we do also make mistakes and we are constantly both in need of forgiveness as well as to forgive.

“Forgiveness is the intentional and voluntary process by which a victim undergoes a change in feelings and attitude regarding an offense, lets go of negative emotions such as vengefulness, with an increased ability to wish the offender well.”

A simple enough definition, but why is it so difficult to do?

We have all been in the situation where we have either forgiven someone or someone has forgiven us. Yet people find it incredibly difficult to forgive a person who wrongs them, or a person they see as committing a wrong. The inability to forgive is completely tearing families and communities apart. Whether it‘s between sisters, brothers, a father and son or mother and daughter. Families are not speaking to each other. Generations are ignoring each other. ‘Life-long friends’ are no longer on speaking or writing terms.

People are not letting bygones be bygones. You tell them: “But it’s been years now, perhaps they’ve changed or repented.” Yet they refuse. It’s a very real and current issue that needs to be addressed. It’s really contradictory to attempt to seek forgiveness from Allah (swt) when a person cannot forgive another person. We need to remember that it is never too late to forgive or repent.

The million-dollar question therefore is: Is this really what the Holy Quran, the Prophets and the Ahlulbayt taught us?

The Holy Quran is unequivocal in its answer. Al-Ghafoor (The Most Forgiving), is mentioned in the Quran more than seventy times. There are other names from the same root, such as Ghafir and Ghaffar. The meaning of the Arabic word “ghafara” is to cover, to hide and from it comes the meaning “to excuse,” “to pardon,” “to remit” and “to forgive.” In the Quran, it is mentioned that God does not forgive Shirk (believing in more than one God) without repentance, but He may forgive every other sin for whomsoever He wills. We must turn to God to seek His forgiveness.

Al-‘Afuw is another part of forgiveness. This name is mentioned in the Quran five times. Literally the word ‘Afw means “to release,” “to heal”, as well as “to restore, to remit.” In relation to God it means “to release us from the burden of punishment due to our sins and mistakes,” “to restore our honour after we have dishonoured ourselves by committing sins and making mistakes.” Al-Tawwab (The Acceptor of Repentance) is the name of God mentioned in the Quran about 11 times and Al-Haleem (The Clement) is mentioned fifteen times in the Quran.

Is forgiveness a sign of weakness? To the contrary, the person becomes above those who surround them. Prophet Yusuf’s (pbuh) story of forgiveness is exemplary and inspirational. Everyone can relate to this story. I urge EVERYONE to read into it. One man forgave ten brothers for far worse than the petty arguments we have nowadays. He was enslaved, a stranger in Egypt, made homeless, accused of a crime he never committed and imprisoned because of this non-existent crime. Yet with all the humility in the world, he said: “No blame will there be upon you today. Allah will forgive you; and He is the most merciful of the merciful.” (Yūsuf 12:92) What a statement. Words can’t do it justice. If he had wished, Prophet Yusuf (pbuh) could have severely punished them for the heartless treatment they had given him. Instead he forgave their errors and treated them well.

Prophet Muhammad (pbuh) used the same verse when he conquered Mecca. For truly he has a heart of purity. He forgave the likes of Wahshi, Abu Sufyan, Hind and Habbar ibn al-Aswad. Abu Sufyan is the man who caused the death of Ammar ibn Yassir and Sumayyah bint Khayyat, amongst other indiscretions. It is well-known and not disputed that he was (at least at a time) an enemy of Islam. Wahshi killed Prophet Muhammad’s (pbuh) uncle whom he had a soft spot for (Hamza), and mutilated his body so badly, that Hind made a necklace of his body pieces and even ate his liver. Habbar caused a miscarriage towards one of the Prophet’s (pbuh) stepdaughters. The vast majority of humans would not even think for an iota of a second to forgive these people (I use this word loosely).

Prophet Muhammad (pbuh) said: “No blame will there be upon you today. Allah will forgive you; and He is the most merciful of the merciful.” (Yūsuf 12:92) The Prophet (pbuh) knew that the basis of a great community is the virtues of forgiveness, tolerance, patience and peace.

The Imams were sometimes insulted with the worst of insults, yet they always found doors of forgiveness for them. Imam Zayn ul-Abideen (as) was bullied, oppressed and tortured by Hisham the ibn Isma’il. The Imam’s mannerism was phenomenal at all times. When Umar ibn Adbul Aziz became governor of Medina, he chained up Hisham to a wall for his acts so that anyone who wanted to take vengeance on him could do so.

The people wanted to take vengeance on Hisham, and they asked the Imam: “Can we take revenge?” Imam Zayn ul-Abideen (as) said: “No, go up to him and say, ‘O Hisham! If you are hungry then Ali ibn Hussain (as) will feed you, and if you are thirsty then I will quench your thirst, and if you have an outstanding loan, I will pay the loan for you”. As Dr. Sayed Ammar Nakshawani put it: “Would you do this to someone who tortured you?”

Another example is when Hurr ibn Yazid al Tamimi blocked the water from Imam Hussain’s (as) children. Hurr was confused and this affected him on the night and day of the 10th of Muharram in Karbala (EVERYONE should read into this). He went to Imam Hussain (as) with his face covered due to embarrassment (according to a narration) in a decision we all have to make in this life, and said: “I beg you forgive me, I did not know what they were plotting and that this was their intention.” Imam Hussain (as), could easily have rejected this, but he forgave him and said: “Do not worry, you are forgiven, welcome and join us.”

He went further: “Normally when a guest comes to me I should give them something to drink, but Hurr forgive me, I have nothing to give you.” Hurr ended up dying after fighting valiantly on Imam Hussain’s (as) behalf. 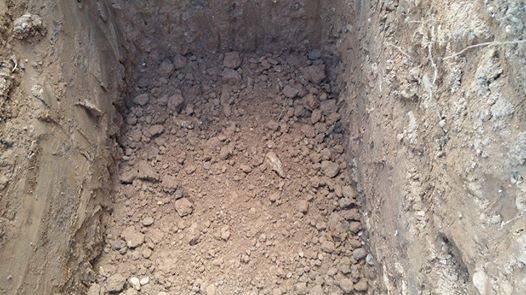 I share with you this photo of our final destination. May we occupy ourselves with good deeds and memories that will protect us after our demise from this world. If we truly follow Islamic teachings then we will forgive. There are no two ways about it: The Holy Quran, the Prophets and the Ahlulbayt are clear on the issue. Islam doesn’t close the door. God doesn’t close the door. In the relative words of Matthew West:

‘I want to finally set it free
So show me how to see what Your mercy sees
Help me now to give what You have to me
Forgiveness, Forgiveness’

“They should rather pardon and overlook. Would you not love Allah to forgive you? Allah is Ever-Forgiving, Most Merciful.” 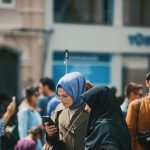 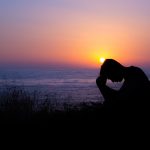 Finding a way to forgive yourself 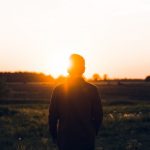 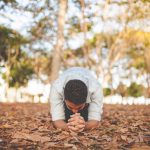 How to Escape Being Buried in Your Sins