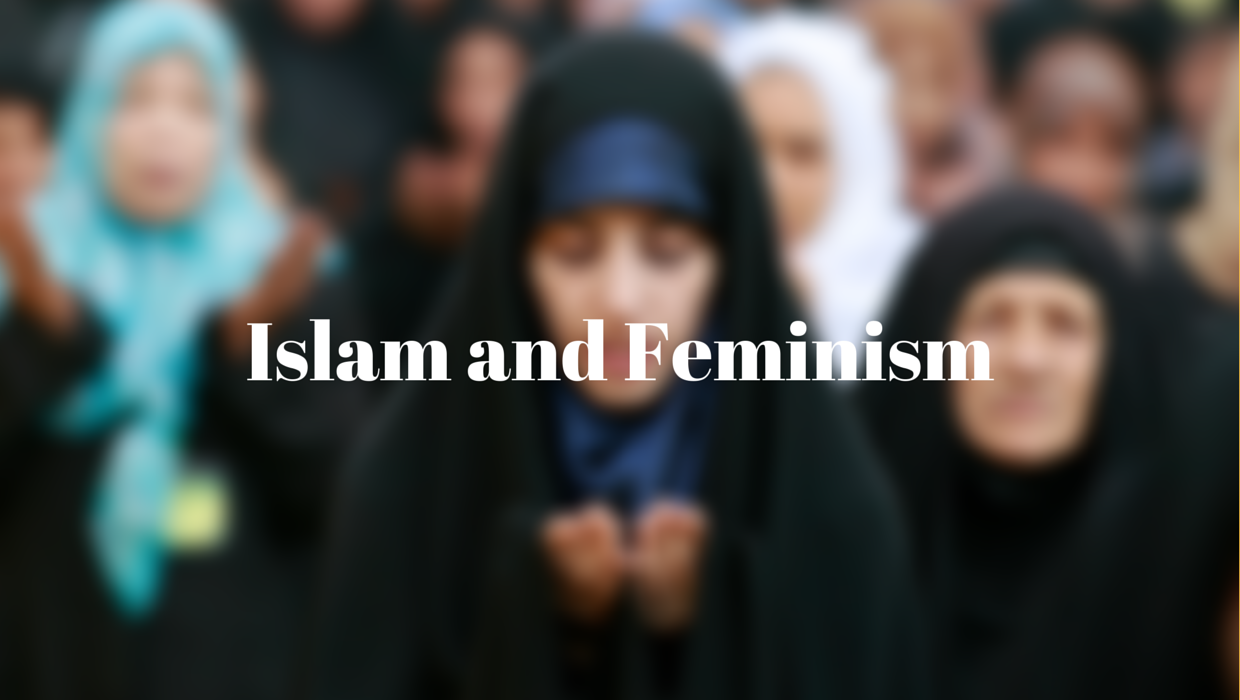 Amongst the many topics “trending” in the Muslim community today is the relationship between Islam and feminism. The camps are many, with blistering debate from all sides. While Zara Faris argues that the two are incompatible at an ideological level i.e. “Islamic feminism” is an oxymoron, others, such as Shelina Janmohamed, have argued that the issue is with mainstream “white” feminism – it ignores the struggles of women of colour and faith by patronising them.  Still others argue that feminism and Islam are compatible and can work together to alleviate oppression against women in many parts of the world (islamandfeminism.org).

[pullquote]Female beauty has been used in advertising to peddle merchandise, turning women’s bodies into tools for making money; after all “sex sells”.[/pullquote]The aim of this article is not to reject wholesale the work of feminists, especially those who acknowledge the diversity that exists amongst women in terms of culture and faith (see intersectional feminism), but to examine one of the central issues that feminists have with Islamic ideology: the concept of modesty. This is often manifested in mainstream feminism’s rejection of the head scarf or the face veil as oppressive to women, and is often rebutted by a defence of Muslim women’s right to wear what they want without being policed by others.

However, this defence panders to liberal and individualist ideology from which feminism stems and ignores the central issue, which is that feminism rejects the value of modesty itself as repressive. So whilst a person is free to do what they want under liberalism, it still advocates for certain lifestyles and behaviours. This is the underlying tension between Islamic ideology and secular ideology; whereas Islam advocates for social cohesion and the duty of the individual to God and society, liberalism advocates for the interests of the individual over that of society i.e. individualism. This does not mean, however, that Muslims cannot live in a secular society, as Islam emphasises the civil duty of a Muslim to abide by the laws of the land in which they live.

Coming back to the central theme of modesty, what is the inherent issue that feminism has with this concept? When modesty is translated as dressing in a way that does not attract sexual attention, feminists argue, first, that sexual openness between genders is not an issue of morality, and, second, that it should not be a woman’s responsibility to dress in a certain way to avoid sexual attention. From an Islamic perspective, sexual openness is damaging to the fabric of a community, which is built upon the family unit.

Sexual relations are sacred and confined to the institution of marriage because sex is an intimate act that has much greater implications on one’s psychology and well-being. Furthermore, sexual relations do not operate in a vacuum. In a society where a woman’s worth is judged by her attractiveness to a man, sexual openness only encourages “lad culture” and the degradation of women. Hence, Islam does have a code of sexual ethics that regulates inter-gender relations in order to develop a culture of respect and dignity between human beings.

As for the unfairness of mandating modest dress on women, even secular nations have different standards for men and women. For example, a woman cannot expose her chest in a public place while a man can. Hence, one cannot argue that mandatory covering is unfair on the basis of double standards. More crucial is the point that covering up actually takes away the power of the male gaze and does not allow men to manipulate women’s bodies based on their desires.

Female beauty has been used in advertising to peddle merchandise, turning women’s bodies into tools for making money; after all “sex sells”. Thus limiting one’s beauty to the private sphere is a rejection of this form of harassment and manipulation.

Furthermore, modesty in Islam is part and parcel of the philosophy of being a Muslim. It is to eschew vanity and ostentation in all areas of one’s life, including dress. Hence, modesty is essential to both men and women in Islam, although it may manifest in different ways. The Qur’an gives the social responsibility of modesty to men first:

In the above verse, “reduce some of their vision” is often translated as “lower their gaze”, which can be interpreted in a very literal sense i.e not to look at the opposite gender at all. However, scholars have explained that it is in reality a command not to stare at each other with lust or in a flirtatious manner, thus placing the onus on the man not to sexually objectify women before commanding women to be modest. One failing of religious communities is the selective application of the notion of modesty to women only, while it can be seen that, Islamically, men are equally responsible for their own behaviour. Men acting in inappropriate ways are given the excuse of “youthful folly” or “boys will be boys”, while women are instantly shunned or shamed for similar behaviour. This is not of the akhlaq or Islamic etiquette that has been prescribed by God.

[pullquote]Modesty is a key value within Islam, and cannot be separated from its teachings.[/pullquote]Another feminist argument is that Islam objectifies women by comparing them to flowers and pearls, as objects of beauty. This sort of analogy is often used by rape apologists to blame the victim. For example, in the recent documentary “India’s Daughter” about the gang rape of medical student Jyoti Singh, one of the defence lawyers argued that, “A female is just like a flower…if you put that flower in a gutter, it is spoilt; if you put that flower in a temple, it will be worshipped”.  However, the first part of the statement must be separated from the second part, which is an assumed logical conclusion according to the lawyer.

Nowhere in Islam has it been said that a woman who does not dress modestly deserves to be raped, or that it is a natural consequence of her being dressed that way. The analogy to pearls and flowers in Islam is not a devaluation of women to mere beautiful objects; rather it is a statement of their intrinsic spiritual beauty and value in God’s eyes. Thus, any sort of victim blaming or shaming in rape is not an Islamic attitude, but a cultural attitude that can still be seen in some religious communities.

Modesty is a key value within Islam, and cannot be separated from its teachings. I have deliberately avoided using the word hijab for modesty, because it has become synonymous with the headscarf, and the head scarf has become much more about our identity as Muslim women rather than the value of modesty. Hijab is a philosophy of life that applies to both men and women, and without this understanding, the headscarf remains an accessory to complement an outfit, rather than an expression of modesty and devotion to God. When it is attacked as oppressive by secular feminists, we cannot just defend it as a matter of Muslim identity or a violation of civil liberties, but as a manifestation of this core value of Islam: modesty.