The urgent need to navigate through media propaganda (part 1)

Just like any challenge to mainstream society, the Muslim community is also affected by fake or misleading news.

Politicians unconstrained by facts; science governed by press release; environment an afterthought; famine barely mentioned; war unchecked; celebrity idols; malice given priority; and corporations given free reign to dictate laws and global culture. Check your newsfeed and you’re likely to see this cycle as the underlying diet of the daily news.

Since Stephen Colbert coined the term “truthiness” – meaning an argument thought to be true because it “feels right”, without regard for evidence, facts or examination some ten years ago – society has come to tacitly accept the manipulation of information and news.

During the Brexit debate, Britain graduated to a “post-truth” society. While expert opinion no longer mattered, a politician could claim literally almost anything they wanted and be believed. The government didn’t even need to produce a strategy in the event of a Leave vote to be considered in the decision making process. What mattered was the propaganda and the hysteria – and people fell for it.

Then came what almost appeared to be a practical joke upon the world, the US presidential election, and parts of the media evolved into outright fake news. Satire and disinformation ruled the day. Hoax stories were used to stoke hatred and earn staggering advertisement money through click-baiting (for example, trending number one on Facebook for a while was the story of the Pope endorsing Donald Trump). Most culpable was corporate media who, for a whole year, gave 68% positive coverage to Donald Trump, but spent just 12% of their time covering his policies and 21% on how he was doing in the polls. Compared to the main election, the same major networks devoted just 10% of their time to policy issues but 42% of the coverage to the horserace between the candidates. Again, people were taken in.

Welcome to the world of fake news.

The reality is however, that 2015-17 has largely reflected the approach to news in previous years. News, like history and any other narrative, is crafted by those who produce and convey it for a particular purpose; for it to be believed or to promote a particular point of view. However, with the increased attention on the conduct of the media, especially since the rise of the godfather of modern satirical news, Jon Stewart, or award winning HBO show ‘The Newsroom’ critically analysing journalism, and more analytical news outlets, sections of the media are finally having a mirror held up to them.

Cumulatively, this has had an effect on the collective consciousness of society in the way it engages with and accepts the news. Trust levels in the media have generally declined, as has trust in politicians, while trust in critiques of the media has absorbed that deficit and steadily increased. It is evident how the Trump campaign utilised this trend to their advantage.

Whereas previously society generally accepted a variety of media outlets, it has in recent years significantly narrowed the sources from where it receives information. It seems we now choose our sources that match our beliefs and use those to reinforce our views, and nowhere is this more prevalent than on our phones and social media feeds, which feed back to us that which we’ve previously opened, searched or liked by algorithm, compounding the problem.

Just like any challenge to mainstream society, the Muslim community is also affected by fake or misleading news. Consider the following questions: What makes the average person not view ‘Israel’ as an apartheid state? Or believe that terror performed in the name of Islam is worse than terror performed in the name of the nation state or Western exceptionalism? Why do most people know of the essential relationship between Islamic extremism and Saudi Arabia but fail to query that the ‘Crown Prince’ can visit the White House, without even the topic of their role in ISIS be raised? What is the role of the media in shaping these perceptions?

Consider now the following questions, specific to the Muslim demographic: What made Muslims argue for voting for ‘the lesser of two evils’ in the US elections? What makes a Muslim change their social media profile after terrorist attack in Paris but not when ‘Israel’ bombs occupied Palestine? Or what made hundreds of millions of Muslims celebrate the New Year whilst five Muslim countries are presently in famine, and eight are in a state of war or conflict? Or what made a Muslim champion January’s Women’s March but not demonstrate against the ongoing genocide in Yemen? What makes a Muslim acutely aware of the White Helmets in Syria but not anything significant about which forces have mobilised to fight ISIS in Iraq?

To what extent are these attitudes voluntary or shaped by the media? The answers broadly lie in the sources, packaging and consumption of the news which ultimately directs what people come to value and believe about the world. 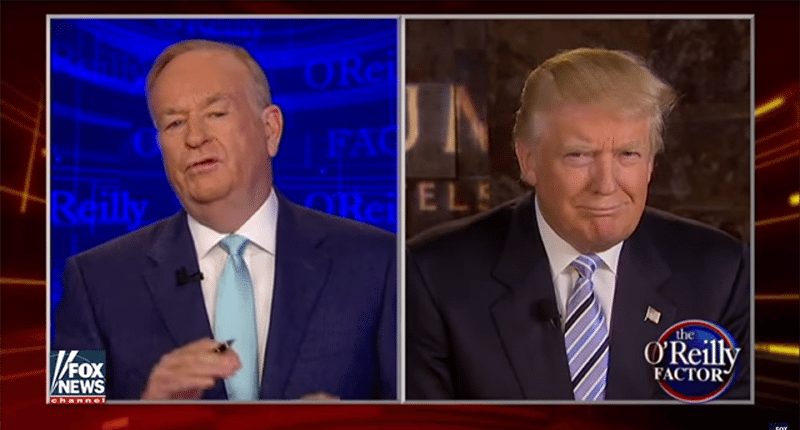 Growing awareness of these challenges has received varied responses. Some schools are calling for lessons of spotting ‘fake news’. The FBI is investigating Breitbart and other right-wing outlets for spreading it. Governments and media organisations have moved for legislation and to amend internal procedures to respond to fake news. However, we must ask, to what extent does this solve the problem at its roots which, arguably, lie primarily in three areas:

The first, is the hegemony of corporate and social media and the echo-chambers they have created. This means there are so many outlets essentially saying the same thing or framing the issue in the same way, that the scope of the narrative is almost identical. Wherever you turn for news, it is largely saying the same thing. This ‘news’ is placed within two narrow brackets referred to as ‘The Overton Window’ and whatever falls outside of that construct is deemed as conspiracy, extreme or unreasonable. Eventually the Muslim consumer of news comes to believe much the same as everybody else does.

This creates a logical corollary, the second challenge, in that when there is the allusion of choice, people become ignorant of what is beyond the mirage. In this case, many do not know where to get objective or better analysis outside of the ‘window’. Only once introduced to a world beyond the one constructed for you, can a person begin to construct their own.

The third lies in many people’s inability to weigh up or navigate through the news that reaches them. This lies in the systemic miseducation of people taught, not how to think, but rather, what to think. This occurs as much in the home and school when a child asks “why”, and this inquisitive nature is constricted more than nurtured, as much as it does in the Madressa and on the pulpits that prefer the comfort of regurgitation and the Islamic version of an applause-line, over challenge and analysis. The result of all three challenges combined is simply indoctrination.

It is for these challenges that this series of articles aims to address the epidemic of fake and propagandist news that engulfs consumers, and through the Islamic sources of the Qur’an, Hadith literature and Epistemology, offer some guidance as to how to navigate through the modern media.  As Imam Ja’far as-Sadiq (a) is narrated to have said, “Working without proper understanding and insight is like travelling in the wrong direction; it only takes one further away from their destination.” In this context, turning to propagandist news for guidance and insight into what is happening in the world will only send you further from the truth.

It is hoped that the reader will better understand how and why the media presents its information the way it does, what cumulative effects these have upon a consumer of news and how to effectively evaluate any news story that reaches you, for the purpose of reaching the truth.

In doing so, the articles will look at the following four aspects:

2. How do we define fake news? What is the difference between Corporate, State and Independent media outlets and how do we know what drives their opinions? What does the consumer of news need to know about how information is portrayed to them in order to not become a puppet of any news organisation’s narrative?

3. What does the holy Qur’an and Hadith literature say as guidance in regard to consuming and sharing news? How does this practically apply today when we repost, tweet or share news on our groups? What is an Islamic Epistemology and how does it guide us to regard trustworthy or untrustworthy news organisations? And how might this help non-Muslims in weighing up the news they receive?

4. From where can I receive sound, factual and objective news? Which journalists are most trustworthy in their fields and which news outlets might you want to readily check?

Ultimately, a person is responsible for what they choose to hear and see, what influences their nature and mind, and what they share with others. Imam Mohammed al-Baqir (a) is narrated to have commentated about the verse, “Let people think deeply about their food” (80:24) that people’s food refers to “the knowledge he acquires and from whom he acquires it.”

Allah (swt) tells us in the Qur’an, “And do not follow that which you do not have knowledge of. Certainly your hearing, sight and heart – all of them – will be called to account for it (on the Day of Judgement)” (17:36).  In response, those who take lightly this warning and are misguided by false knowledge, Allah (swt) foretells such people will say, “Oh but if only we had listened or at least used our intelligence.” (67:10). 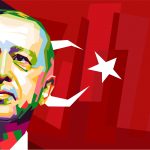 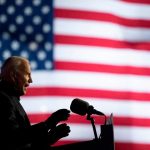