The barriers stopping British Muslims from gaining full-time employment were multiple, but all fell under the unfortunate banner of modern-day Islamophobia.

The barriers stopping British Muslims from gaining full-time employment were multiple, but all fell under the unfortunate banner of modern-day Islamophobia.

A new study has revealed that Islamophobia and discrimination is preventing Muslims from finding full-time work.

As published in The Guardian, the Social Mobility Commission found that only 1 in 5 Muslims in the UK are in full-time work, despite Muslims being hard workers in education, achieving above-par results.

It found that only 6% of Muslims coming out of education gain professional work, and only 19.8% in the 16-74 age group overall in full-time employment.

The barriers stopping British Muslims from gaining full-time employment were multiple, but all fell under the unfortunate banner of Islamophobia. Beginning at the education level, Muslim students were faced with stereotyping and low-expectations from teachers. Young Muslims also feared becoming targets of harassing and bullying. Applicants to jobs who had minority ethnic-sounding names had a reduced likelihood of being offered an interview, and even when entering a workplace, headscarf-wearing females faced discrimination at work.

“Muslims are being excluded, discriminated against or failed at all stages of their transition from education to employment.”

Other factors included lack of Muslim staff at school or role models in the classroom, and evidence of communities encouraging women to focus on motherhood as opposed to employment. 18% of Muslim women in the age group were recorded as “looking after home and family.”

“Young Muslim women face a specific challenge to maintain their identity while seeking to succeed in modern Britain”, Alan Milburn, the head of the Social Mobility Commission said. The Commission is government-sponsored and acts as the government’s social mobility watchdog.

“Muslims are being excluded, discriminated against or failed at all stages of their transition from education to employment”, Professor Jacqueline Stevenson said, who led the research, which found routine examples of British Muslims unable to secure employment that was in line with their qualifications.

Farhana Ghaffar, a researcher for the study, said the findings “ranged from assumptions that they were forced to wear the headscarf to jokes and casual comments in the workplace about Muslims. Or every time there was a terror attack there was a feeling of a need to apologise and explain.” She was incredibly shocked by the results of the research. Other difficulties she mentioned included difficulties that British Muslims found in the workplace, such as the inability to participate in drinking alcohol. One woman was recommended by her father to change her name to help her get a job.

The research is a reflection of the disappointing climate of Islamophobia that affects Britain, and the financial suffering of integrated Muslims as a direct result. 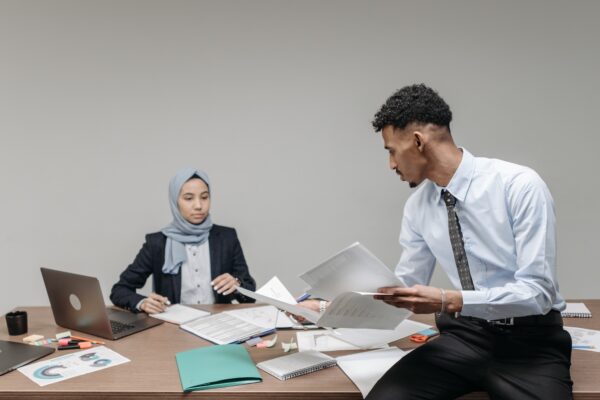