A new form of ‘holy war’ has been declared across the world by Muslamics of all types; thousands of people have found themselves being ushered out of properties owned by Muslamics in what is said to be the latest in a long line extremist behaviour. The attack is said to have begun when Channel 4 News presenter Cathy Newman was violently ushered out by Muslamic extremists in a mosque in Streatham, South London.

“I was practically wearing a burqa, I don’t know what else I could have done. said Cathy, of Channel 4 News. She was however happy to get a cup of tea and cake later at a different mosque.

Since the news broke, other Muslamics have also been ushering out others violently in a spate of attacks which is set to increase as the days go on. The barbaric teachings of this attack lie deep rooted in medieval Muslamic teachings known as ‘Jihad Al Baab’ which translates to The Holy War of The Door. This form of Jihad has often been used by Muslamist radicals in the past often without anyone realising the attack is even taking place. Here are just some examples of Muslamists ushering and exercising Jihad Al Baab: 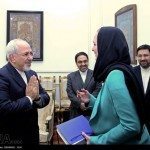 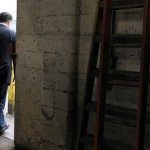 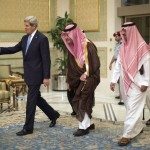 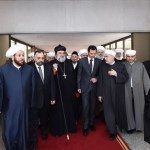 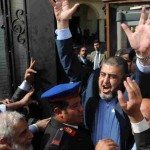 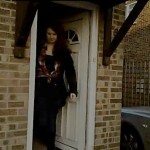 Some moderate Muslamics have campaigned against this extremist behaviour and launched a campaign using the hashtag #WeAreAllUsher. We spoke to one of the founders of the campaign who had this to say: “It is time as Muslamics we accept there is a great issue in our community of ushering and we need to do more to speak out against this form of Islamism which gives us a bad name. We must close the door on showing people the door” said Jamal who belongs to the Muslamic Apologists Society.

The campaign has drawn attention from RnB star Usher who has endorsed the campaign but says he feels extremely worried about potential threats by Muslamist groups. “My advice is for people to learn how to moonwalk like me, this will protect anyone feel the humiliation of being shown the door because they can do it style”, said the Music star.

Fox News terror expert, Steve Emerson, was available to comment and shared his insight on the issue, “In some parts of the UK non muslims are not allowed to go to the wrong address by accident at all, and in Birmingham Muslamic property owners don’t ever allow anyone on their property, ever!”

It is unclear how long these attacks will continue, our advice to our writers is to lock your doors and do not leave – this way you will avoid being a victim of Muslim ushering.