Sex during marriage is known as one of the pleasures of this world.

Disclaimer: The subject-matter and contents of this article are intended for a mature audience only, discussing sex within the context of marriage. Reader discretion is advised.

Sex is a normal and essential part of life. For Muslims however, the open discussion of sex is frowned upon usually for cultural reasons but mostly because Islam considers sexuality to be a private matter between husband and wife. This doesn’t, however, mean that discussion about sex should not happen, with plenty of hadith from the Holy Prophet discussing sexual etiquette between husband and wife.

This article explores how sex is perceived in Islam, what its benefits are and the Islamic guidelines for a healthy sex life for both men and women.

Sex is the greatest worldly pleasure

In another instance, Imam Jafar Al-Sadiq tells his students “Whether in this world or in the hereafter, one has not, and will not, perceive a pleasure more pleasurable than sexual relations with women, and certainly, this is the commentary of the words of Allah in the Quran (3:14):

“To mankind has been made to seem decorous the love of (worldly) desires, including women and children.”

Imam Jafar Al-Sadiq then goes on to explain: “Indeed, the people of heaven do not take delight in the pleasures of heaven more than sex; neither food nor drink has that much pleasure for them.” (2)

A hadith from the Holy Prophet states,

“In your world, women and perfume have been made dear to me.” (3)

It was reported from Abu Dharr that the Prophet said: “In the sexual intercourse of any one of you there is reward.” They said, “O Messengerr of Allah, when any one of us fulfils his desire, will he have a reward for that?” He replied, “Do you not see that if he were to do it in a haraam manner, he would be punished for that? So if he does it in a halaal manner, he will be rewarded.” (4)

Sex is a recommended act – akin to charity and worship

There are many traditions relaying the importance of sexual relations.

“What has happened, that a group from my followers don’t eat meat, or don’t apply perfume, or don’t go to their wives? Whilst I eat meat, I apply perfume and also go to my wife. This is my sunnah, and any person that turns away from this sunnah is not from me.” (6)

In a similar narration, the wife of a companion came to the Prophet and said: “Oh messenger of Allah, every day my husband fasts and in the evenings engages in prayer” (i.e. – he doesn’t sleep with her). The Prophet was so angered that he went to the man’s house without wearing his sandals, and told him:

“Allah has not sent me to be a recluse, I swear by Allah that has instigated me to this pure, orthodox and easy religion, I fast, I pray and I go to my wife, and anyone that likes my custom, must be bound by my sunnah and custom, and sexual intercourse is from my Sunnah.” (7)

There are no specific rules for sexual intercourse; whatever is mutually pleasing is right, and likewise, whatever is mutually displeasing should be avoided; the only exception to this rule is what the Shariah clearly forbids. However, there are several recommended acts that, if followed, will inevitably lead to a more pleasurable experience. These include brushing your teeth, avoiding eating unpleasant smelling foods prior (like garlic or onions) and generally ensuring you don’t have bad breath.

It’s also recommended to ensure that you smell pleasant – the worst smell is of sweat! It’s important to remember that women, in particular, are sensitive to smell. The Prophet famously says that there is no extravagance in the buying of perfume.

Satisfying one’s wife is extremely important for Muslim men. Lack of satisfaction over a long period of time can lead to frigidity and dislike towards the husband. A tradition from Ali ibn Abu Talib states,

“When any of you wants to sleep with his wife, he must not rush her for indeed women have needs too.” (8)

It is important for the husband to be aware that a woman’s sexual desire takes longer to express itself, but once it is elicited, is very strong, whereas a man is quickly aroused and also can quickly be satisfied. It is interesting to note that the importance placed by Islam on the satisfaction of both man and woman, is a clear indicator of the justice and fairness of Allah. Indeed, it is repeatedly stated in the Noble Quran that man and woman were created from a single soul, and this is just one example of this.

If a man has intercourse with his wife and wants to come back to her a second time, he should do wudu. A hadtih of the Prophet says: “If any one of you has intercourse with his wife then wants to repeat it, let him do wudu between the two (actions), for it is more energizing for the second time.” (9) If he is able to do ghusl between the two actions, this is better. (10)

Acts that aren’t recommended included making love when standing, without a covering, and when someone else is in the house. It is forbidden to have sex in public or in front of children, during a woman’s period, when fasting and when in Ihraam (a ritual one takes on during the pilgrimage to Makkah).

It is also important not to reveal specific details about your intimate relationship to outsiders. A hadith mentions that the Prophet said, “Would any man say what he did with his wife? Would any woman tell others what she did with her husband?” The people kept quiet and did not answer. The narrator replied, “Yes, by Allah, O Messenger of Allah, women do that, and men do that.” He said, “Do not do that. It is like a male devil meeting a female devil in the road and having intercourse with her whilst the people are watching.” (11)

Foreplay is a highly recommended act for a healthy sex life

It’s Islamically very important for a husband to satisfy his wife, and engaging in sexual intercourse quickly and hastily is not deemed correct. There is an average difference of eight minutes between the time a man and a woman reach climax; a man usually takes two minutes to reach climax and a woman takes ten minutes to reach climax. Therefore, in order to fully satisfy his wife, a man should caress her and engage in foreplay so that both partners reach climax at the same time. Islam greatly stresses the importance of foreplay. The Prophet Muhammad (pbuh) said,

In another tradition, the companion of the Prophet, Ali ibn Abi Talib says, “Whoever wants to get close to his wife must not be hasty, because women before engaging in the act of lovemaking must be engaged in foreplay so that they are ready for making love to.” (13)

It is also reported that Imam Jafar Al-Sadiq once taught: “The Angels of Allah and those who are witnesses over all the actions of man are watching them in every state except at the time of horse riding competitions and the time that a man engages in foreplay with his wife before engaging in sexual intercourse.” (14)

There are recommended ways to boost your sex drive

Massaging oil is very beneficial for a healthy body as well as sexual desire, so much so that there are hadith on this. Ali ibn Abu Talib stated: “To anoint the body with massage oil softens the skin, improves the mood, makes the flowing of water and fluids in the body easy, eliminates roughness, ruggedness, bad health and tightness of earning and brings light to the face.” (15)

Recommended oils include violet oil, catkin oil, lily oil and honey oil. Olive oil, in particular, is great for sexual desire. If olive oil is mixed with honey and drunk instead of water for three days, it increases the sexual strength. A teaching from Imam Jafar Al-Sadiq states, “Consuming olive oil increases the sperm and sexual capability.” (16)

Source: From Marriage to Parenthood: the Heavenly Path 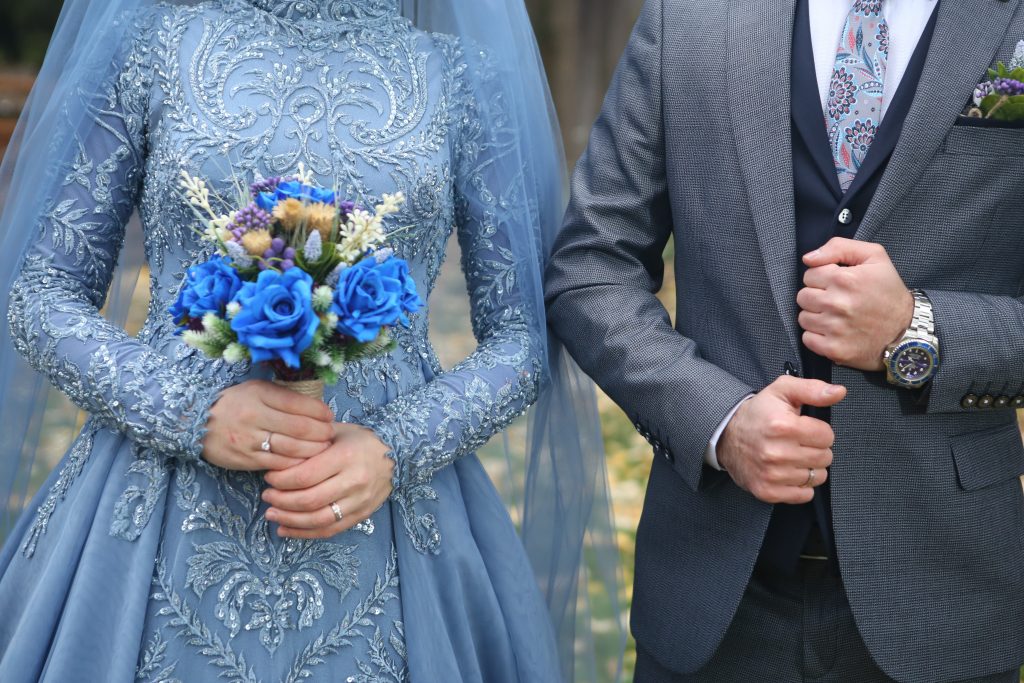 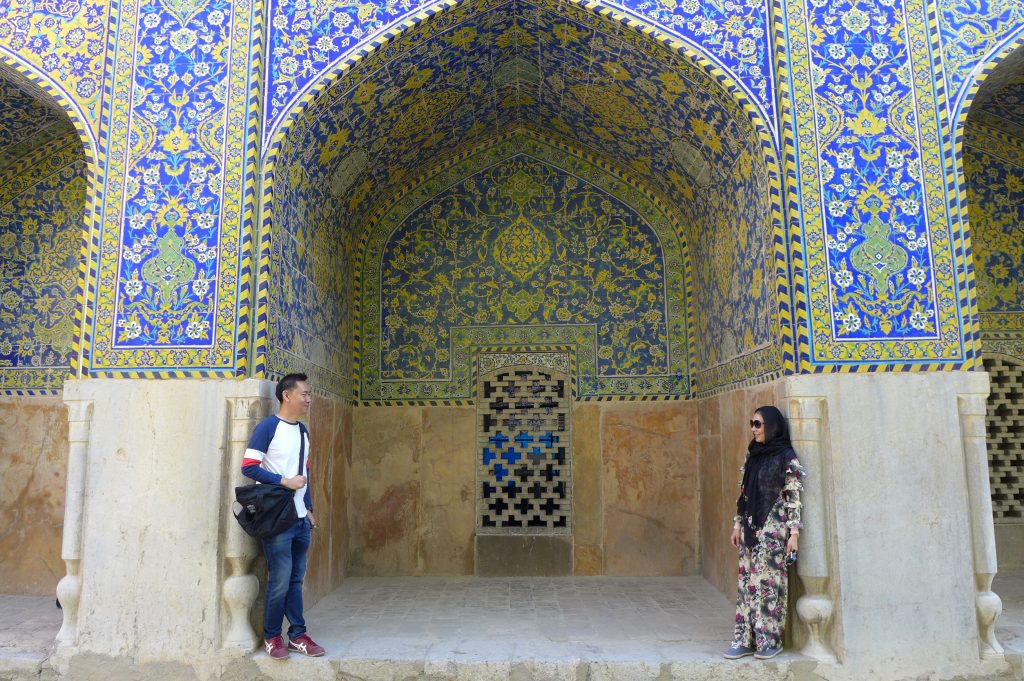 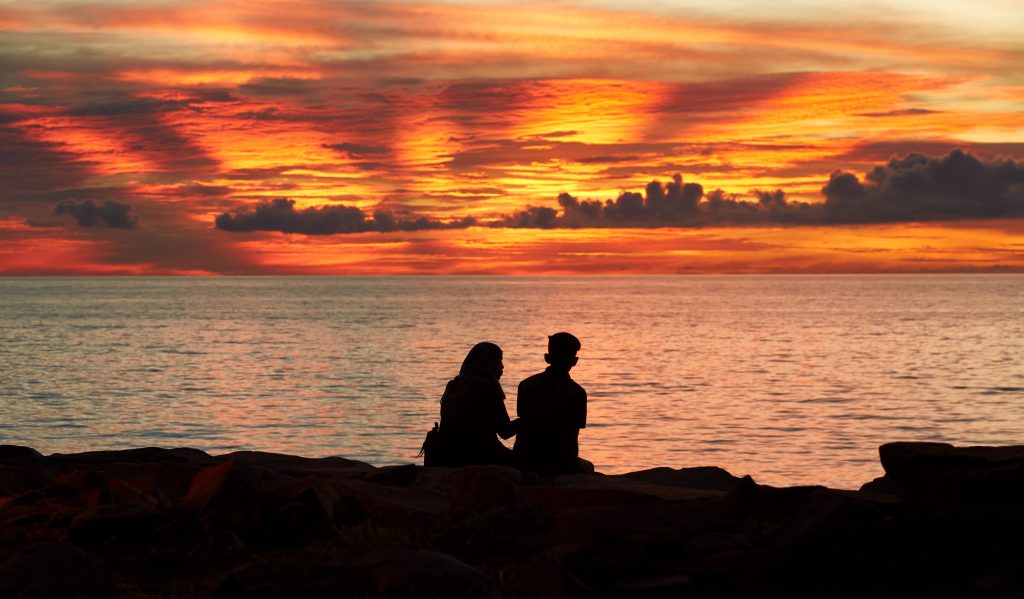