A short series of graphics were created to illustrate the unheard voices of sexual abuse victims within the Asian and Muslim communities. The case studies presented (and more) were part of a pilot study conducted by the Muslim Women’s Network UK – Unheard Voices – The Sexual Exploitation of Asian Girls and Young Women. 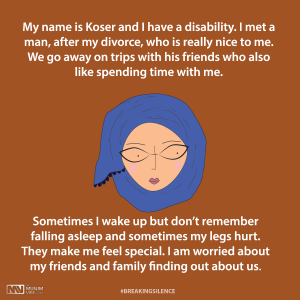 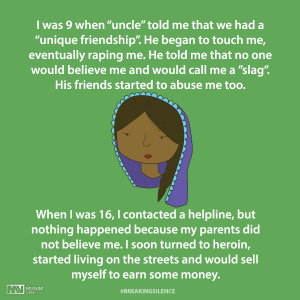 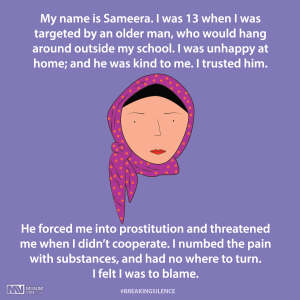 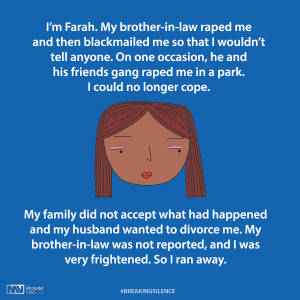 It is fair to say that sexual abuse is complex and widespread and not limited to one community. Asian and Muslim girls and young women are also victims of sexual exploitation. However, they are often overlooked by service providers, support agencies, the community and their families. The Muslim Women’s Network UK conducted research to uncover victims hidden experiences so that we as a society have a better understanding on how we can support and protect victims against such acts.

The full report, which contains 35 case studies and detailed analysis can be accessed online: