Disassembling at the Holy City

Disassembling at the Holy City 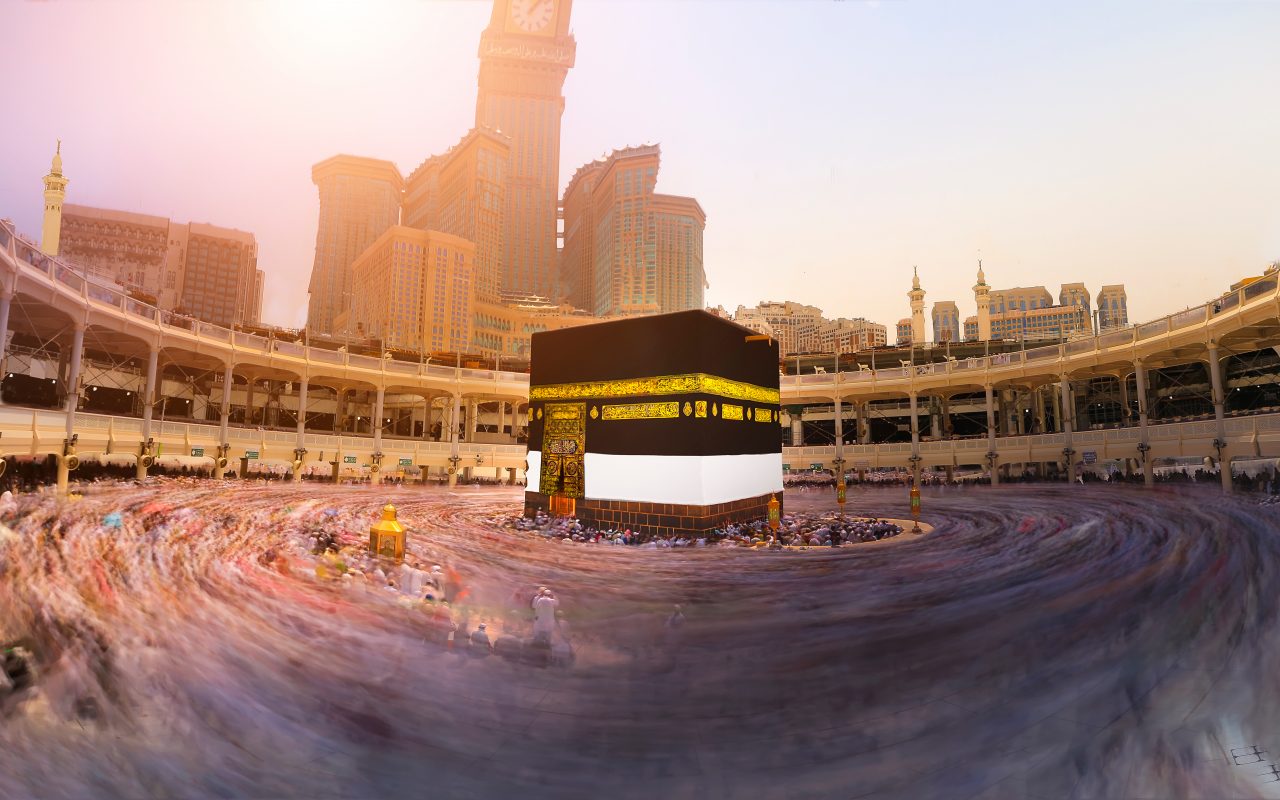 I found what I was looking for. At the crescendo of my pilgrimage, I found wholeness. All praise belongs to the Merciful Lord, full of Goodness and Compassion, who answered my prayers even as I felt unworthy in uttering them. I now feel replenished – not renewed, because I’m still me, nor changed in any palpable way, but fortified in my heart and soul…

…which is what we all need, I think, on some level.

I needed this. I didn’t know exactly what “this” entailed, but I knew I needed something. There was a disease impairing my spiritual wellbeing that I sensed but couldn’t diagnose. I felt clouded; benumbed. I felt like I was constricted by unseen fetters that held me back in everything I tried to do – not only in worship, but everything: life, work, family, aspirations. I was just… tired… all the time. I knew what I wanted and knew what I needed to do to get there – I even had all the tools with me – but I couldn’t, try as I might, apply that will into action. Those desires and aspirations were only sighs lost in the wind.

No amount of self-motivation helped, either. It was like whipping an overburdened horse stuck in mud. What I needed was liberation; to be freed of this weight atop my chest that steadily grew heavier by the day. I knew I was chained, I knew I was diseased, I knew I needed healing, but knowing that still didn’t help, because broken fingers can’t fix broken bones.

I needed a Doctor.

Before our arrival at the Najaf airport, we awaited our flight in the shady courtyard of Imam Ali’s shrine nearby. It was a relief to rest in a place that felt like home, rather than sit for hours on hard metal chairs at the airport. There I confessed to God my diseased spirit and asked Him to grace me with Imam Ali’s presence to give me strength. It was so difficult to worship wholeheartedly, even there. I had fasted the day before with the intention of cleansing my heart in preparation for Umrah, but it seemed like it weakened rather than freed me. Even my salat was a struggle, with thoughts that scattered and a heart that complained of frailty and exhaustion.

But I had a long journey ahead, and I was able to gather some strength with the Father of the Orphans by my side. From Najaf to Jeddah, then from Jeddah to Medina, I arrived at long last to Masjid Al-Nabbawi. I stood there, bathed in sunlight at the expansive courtyard of the Grand Mosque, and breathed deeply while looking up at the green dome which canopied the burial place of the one to whom I owe all my faith and belief in God. Ahhh, my beloved. My heart melts at the memory. What a blessed place it is, the home of the Mercy of God. It took some deeper diving to find the sacredness, because the surrounding materialism was frankly distracting, but I did eventually find my master and was able to speak to him with my heart’s language.

“Do it here,” I told myself, but the time didn’t feel right. A few weeks before my flight, I had determined to disassemble my inner self before God and spread the contents of my soul (farsh) to investigate the core of the disease. But soothing as my five-day stay in the City Aglow was, it wasn’t the place for farsh. It was the place to gather my strength and reorient myself to the direction of continuous, untiring worship. And it was easy… unforced. Alhamdulillah. The heaviness in my chest was lifting and I could pray with all my heart, mind, and spirit again. Truly, God helped me here and the holy personalities both in Jannatul Baqi’ and under the green dome and even on the battlefields several miles away. Their holy presences, alive with God still, loosed the fetters.

Makkah. I burst into uncontrolled sobbing when I clapped eyes on the black-robed Kaaba after the six-hour drive from Medina. I was here; I was at my destination. I completed the rites of Umrah as someone being drawn forth by an unseen force. My entire stay there, though disrupted by a few disheartening occurrences, was wonderful. And it was wonderful because it was sought. On the surface, few can find real, permeating peace; the Kaaba, like a kernel, is hidden.

I used to think performing pilgrimage would be like getting struck by a bolt of lightning straight from the gates of Heaven that would lift me into an entirely different spiritual dimension and make me see the world in a kaleidoscope of colors and auras, but nothing of the sort happened. Umrah is magical because we work for it. Through willful application, and putting those aspirations into action, not just sighs of “if only,” I was able to free myself of myself by the Grace and Mercy of the Beneficent and His esteemed and honored servants. But I couldn’t do it alone, and that’s why visiting the Sacred House was necessary for me.

I had never prayed so much continuously in an unbroken stream of salah, dhikr, tasbeeh, and dua for several hours at a time like I did then. And when I say unbroken stream I mean that quite literally. But miraculously, incredibly, I was never tired. My mouth was parched and my knees were weak and my limbs were trembling, but I never thought “I am exhausted.” My spirit was soaring; alive and animated and dancing with joy. Alhamdulillah.

My world did change its colors for me, however. I saw everything through the honey-tinted lenses of love. I loved everyone and everything and the Creator of everyone and everything. I was at peace with who I was and finally, at long last, still. My soul, which had been straining at its bonds was now calm and tranquil as a bird resting in its home. I had disassembled myself, oddly, during sa’ee (the walk between the two mounts Safa and Marwa). I expected the farsh to take place while I was meditatively sitting somewhere quiet, like a mechanic disassembling a piece of machinery, but it happened while I was on the move amidst the worshipping crowds and in between my 120 recitations of Surat Ikhlas. I confessed who I was to my Lord, who I struggled to be, and who I wasn’t. I submitted myself utterly, absolutely, to His Hands and put my trust and faith in Him. I was freed, at last, and unburdened.

And the secret to my existence came to me, then. The purpose of my life. In this unfurling, I found my core.

While worshipping in the Sacred House during the sacred month of Rajab in the sacred state of ihram is fortified with blessings alhamdulillah, it’s not the greater accomplishment.

I repeat, this is not the greater accomplishment.

Better than this is the worship of those who live several hundred miles away who don’t have the influence of the Blessed House to draw them nearer to God. Those who, without an adhan sounding from the windows to call them to prayer, are able to perform salah in their living rooms or bedrooms, perhaps alone, amidst distraction upon distraction. Those who spend their days fasting in solitude and drink, after the sun has set, water that is not the blessed and miraculous Zamzam. Those who recite the Quran in broken Arabic and struggle to find God in translated, revised, rewritten texts from other-than-Him. Those whose eyes fill with tears from behind computer or phone screens, and whose hearts know, without ever having seen or experienced. That is the worship more worthy of reward.

My friends, allow me to emphasize prayer. Prayer breaks chains. In prayer is the secret to liberation. I’ve heard this said so many times but it has never sunk in as deeply as it has now. You cannot be saved without prayer. Your spirit cannot see, hear, or understand without prayer because through prayer the senses are activated. The only door, I promise you, to salvation is prayer. No matter which God you believe in or how you worship, when you pray sincerely, relief will come. We can be conscious of the door to Him all our lives and believe in a higher power and an All-Loving and Merciful God, but that door will remain closed to His communication unless we open it. And opening that door requires physical action with mental application, and a heart that yearns.

I found my peace at my destination, but my pilgrimage to Him isn’t over. For as long as I am yearning, insha’Allah, I will keep crying “Labbayk! Here I am, my Lord, I am coming!”