‘We really like your poetry but, you’re a bit too ghetto sometimes.’

To the person that said that to me, if you’re reading this, I have love for you, I really do, I know that you mean well, I just think that in a nutshell it describes the point I want to make in this article, and you’re not the only one.

Whenever I discuss amongst (most) of my Muslim non-black friends the idea that we are surrounded by communities plagued with anti-blackness, I’m many times met with comments such as ‘Is it really that bad? Don’t you think you’re focusing on minor things?‘ Or ‘I think we should stop playing the victim card so that we can really progress‘ and the WORST, which is most popular on Twitter and Facebook, the incredibly naive, uninformed, ignorant, illogical argument which goes something along the lines of ‘There is no racism in Islam … *something something* BILAL.‘ Ah yes, Bilal, the token black guy for (usually racist) Muslims to prove they aren’t racist – they respect Bilal after all.

Don’t get me wrong, there are two statements I would like to differentiate between;

The former is an absolute truth whilst the latter is far from that. It goes without saying that those who confuse the two as being the same thing, or naturally having a cause-effect relationship, are again naive and just haven’t given it much rational thought.

So let’s discuss what most Muslims really don’t want to; Anti-blackness or Arab supremacy brought over from the cultures of Pre-Islamic Arabia and further injected into Islamic ideology by Umayyad Caliphates. (That’s a long subtitle, read it again maybe)
Far fetched? Not so much. When the Umayyad Caliphates continued to increase in size and expand into different continents, there was of course a fast growing number of non-Arab Muslims. We don’t have to go much further than Yazid ibn Muawiya to challenge the idealistic perception that; no Muslim caliph desired power and control nor went to any lengths to achieve that. Well, he had gone to the extent of being prepared to kill the very grandson of the Prophet (pbuh), Imam al Hussain.
Therefore, given the evidence we have in favour of it, it certainly isn’t far fetched to state that later Umayyad Caliphs continued to develop a new form of control; (as well as the already present economic form) Arab superiority. Many scholars in aid of the regime began to push the idea, and blur the lines between Arab culture and ‘Sunnah’. That the Arab dress code, the nuances, the complexion of an Arab, his hair texture, etc, was what the non-Arab Muslims were to aspire to (or acknowledge their lack of, “by the will of Allah”) in becoming better Muslims. There was a racial caste system in the Ummah, and it was better if (for example) the African Muslims were to forget their native tongues, which weren’t however, as inappropriate and un-Islamic as their hairstyles. (Does that ring any bells?).

The perception that lighter skin equates to being more beautiful as well as spiritual has never left the majority of Muslim communities. I’m tired of seeing brides caked in skin lightening makeup, dreadlocks being considered a sign of jahilliyah, or anything becoming bid’ah as soon as it’s done in a way typical to African or Caribbean cultures.

So it’s widely documented that Umayyad caliphates indeed pushed these ideologies far and wide, and due to the nature of the caliphate, this becomes an issue to the majority of Sunni Muslims and a point of concern for them, and so the majority of Shia Muslims would be fast to assume that they, however, are exempt of any inheritance of that racism as they had never a part or acceptance of this caliphate anyway. Basically, ‘Well that’s not our problem is it?‘ However, bring up the fact that Imam Muhammad Al Jawad, the 9th Imam, was indeed black, and see how many of your Arab friends become defensive or state that ‘colour doesn’t matter’ after you prove the reasoning behind your statement. (Of the countless paintings of the Imams, how many are painted even Brown?). Whenever the Prophet (pbuh) and the A’immah are described as being incredibly fair, we don’t hear anybody saying ‘colour doesn’t matter’. Tell the people who say that, about how there are thousands of Black African Syeds, bring one to your masjid in a green scarf, and see if an expression of extreme suspicion doesn’t appear on their faces.

Yet too many Muslims so strongly propagate that ‘colour doesn’t matter’, this is The Colourblind Muslim, completely oblivious and unaware of the reality around him.

The truth is, and the correct statement is, ‘colour shouldn’t matter’, but it matters now. It matters now because our own history has been tampered with in order to put the lighter skin spiritually above the darker, more realised as a human being, and the effects of this become apparent to us every day. It is only rightful that we restore and address these ideologies or narrations in order to find the truth about colour in Islam. We should not allow our role models to be inaccurately described and painted as fair skinned as was done by the European Christians to Jesus in their hope of sanctifying their own colour and justifying their evil or perpetuating their racism. So save the ‘colour doesn’t matter’ argument for somebody else.

An experience comes to mind – I’m in Old Town, Mombasa, Summer 2013, the first time I’ve ever stepped foot in Africa and returned to my birthplace, my hometown. I’m standing outside the entrance of the masjid, the security guard I was spending some time with is in some discussion with an older Indian man. Hameesi was the security guard, he was about 42 years old, I used to sit with him at the entrance before fajr prayers, when the rest of the town was asleep but I struggled to. I’d hear stories about his children and how he cycles for 2 hours everyday to get to work, only sleeping for about 3 hours, and spending his life trying to pay for his children’s education. It’s sad that even the masjid ran by the Indians, with all the money that they have, would pay the African workers peanuts in wages. Whatever happened to justice? Those nights with Hameesi, and he himself have had a lasting effect on my life. He was a veteran of hardship, his eyes were worn and weary, though sported an incredible sense of strength. When we were having a long day, Hameesi would see us and flash a smile as he waves, as hard as his life was, if he could smile, so could I. He’d ask me about London and I’d tell him it wasn’t all that great. In our homelands, London is heaven.

It was sad to see that Hameesi in all of his wisdom didn’t comprehend that this Indian man was talking down to him as an African, or maybe it was sadder that he was used to it.
I had to intervene.
So this Indian man is some type of tax consultant working with the Kenyan government, and kept reiterating whilst pointing in my face that “WE always have to come and clear YOU guys mess up!” (By ‘we’, he was speaking on behalf of the British, for some reason) “We gave you your independence and you haven’t done anything for 50 years!” Sorry, what is 50 years of pseudo independence in relation to 300 years of exploitation, murder and underdevelopment? He also seemed to take great pride in the fact that his grandparents moved to East Africa and made millions, I’m guessing this is usually received with compliments for him or gives him some status and pride, he wasn’t happy when I asked if those millions they made were via exploitation of the native people.

The truth about Indians and Indian Muslims in Africa and the nature of their businesses is not too different from the European colonisers, and in Asian Muslim communities in the UK you find prevalent a culture of anti-African-ness and anti-blackness (whilst most of them claim they are African). I know this, as I have a mixed East African and Indian heritage. Many Indians have gotten too used to having African maids and speaking to them as if they are dirt, taking pride in their ability to be like the white man and trying desperately to prove that to them. This stems back to the Indenture System in which the British transferred Indian slaves over to East African plantations, giving them higher statuses in the plants than the native Africans. Effectively, they manufactured a shade hierarchy in which the white man was at the top, and the black man at the bottom, which has lasted until date in Africa. India of course in its caste system has the same spectral hierarchy ever prevalent, and it’s sad that we have allowed these attitudes to spill over into our pure religion.

Let me make a statement partially based on a hunch, and partially on observation; an uprising in consciousness and independence amongst Black Muslims IS on the way, and everybody else is very, very worried. When the black man begins to become powerful, the white man begins to play the ‘we are all one’ card, after he has benefitted from or remained indifferent to years of oppression and control over that man. That’s happening in the Muslim community also.

So we come back to myself coming across as too ‘ghetto’, and this being a negative image. What that means is too ‘Black’, and that I should change my mannerisms and expressions to be more similar to those of the Arab poets in order for a more pious image and better representation of Islam. Alternatively I could speak like a middle class white man and wear a suit whenever I perform. Remember, that when Imam al Mahdi returns, he will form a union of all the world’s oppressed people’s, and Black people will be amongst those BEST representatives of Islam – for being oppressed by the non-Muslim community AND the Muslim community alike, yet remaining righteous and persistent in their religion. Arab Palestinians are oppressed by Israelis, so what to say for those Black Palestinians oppressed by both the Israelis AND the Palestinians? Every sect and country will make a claim to being the most oppressed, whilst within that sect or country are the darker-skinned people’s being marginalised by those very same people.

All I could advise is, revisit some of the perceptions you have deep within your own sub conscience about colour, acknowledge that many of the ideas you see as normal in your culture stem from racism – and don’t be afraid to look for this in your own family, before you convince yourself that you have no racist inclinations whatsoever. Because God forbid, when Imam Al Mahdi arrives, that his very skin colour becomes a test upon you.

Peace be upon you.

Ibrahim Sincere
Ibrahim Sincere is a 22 year old poet and writer of Indian and Somali roots. His works propagate a message of revolution, spirituality and education. Studying and addressing racism as a force that is globally widespread is an important part of his work, and is the main focus behind his recent piece 'By Any Means Necessary'. Over the past few years he has spoken and performed at events all over the UK, and also travelled to Montreal to speak at the annual Legacy of Malcolm X conference by 'TMA', Concordia. 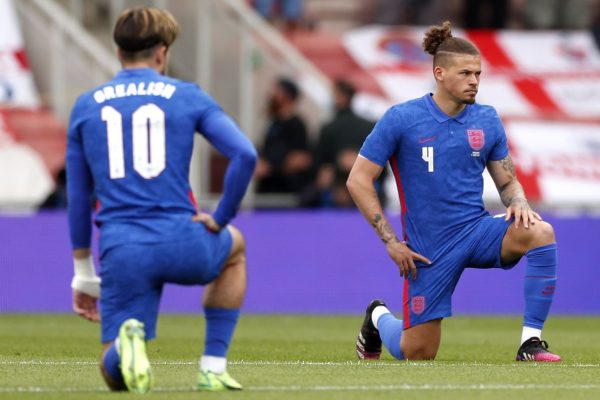 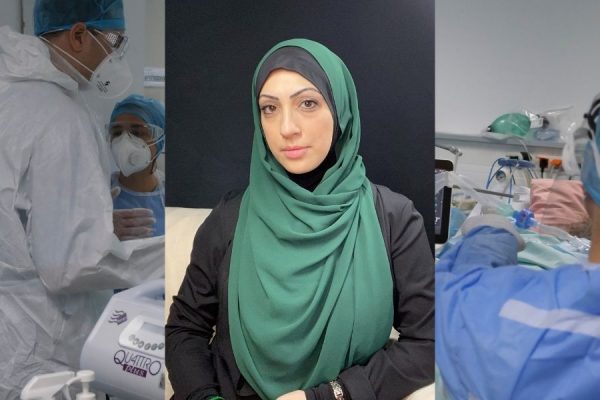