Why can’t I be just another woman…but with a headscarf?

Why can’t I be just another woman…but with a headscarf? 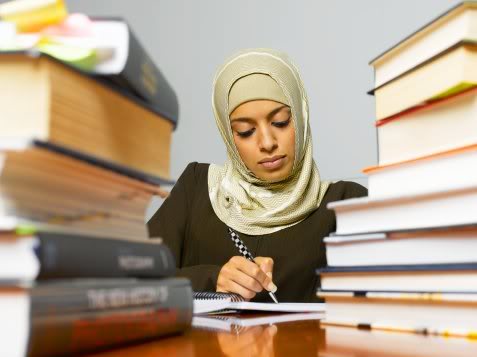 Whilst living with a diverse group of people in my college years, when a new housemate of mine posed a question about me, just based on the fact that I used to always wear a headscarf around him. He asked if I was allowed to go out of the house alone or not, and I was very confused about his question. I mean, I understood that he was making an assumption because he saw me wearing a headscarf, presenting myself very obviously as a Muslim woman, so he made a presumption that because I was covering my head, I am probably like one of the stereotypes he saw on TV, which is of an “oppressed” Muslim woman.

Now, at the same time, I was living with other Muslim girls who didn’t wear a headscarf and he did not pose the same questions to them even though they were of the same faith as I was. I, however, was subjected to the assumption that I must somehow be “oppressed” and am not “allowed” to leave the house because I chose to cover myself.

The presumption was made due to me wearing a certain type of clothing that did not fit the popular cultural norm, and has been stigmatized for years by the mainstream media, so I can’t blame the guy for what he thought.

What frustrated me, and I still remember this very clearly, is why couldn’t I be just another girl, just another girl but with a headscarf on? Why does what I wear, automatically determine who I am supposed to be?

I was wondering if I was alone in feeling this, but after asking other Muslim women who covered themselves, I realized it was an issue we all were facing. No one looked at them as individuals, people with normal lives, unique personalities, diverse cultures, different career paths, because the Muslim women were reduced to just their headscarves and nothing more.

The problem with this, is that to reduce a person to what they wear, limits understanding the other person, limits open-minded discussions, and unfortunately for Muslim women, even limits opportunities for them- a recent study published by UK’s The Independent found that Muslim women had lesser chances of getting jobs even though they may be as qualified as non-Muslim women, just because they were Muslim. And it is easy to identify a Muslim woman as many of them would be wearing a headscarf and thus, are marginalized despite having the same qualifications.

For me, it is sad that I am not allowed to identify myself as a unique individual, as a woman with a degree or a career, a woman with a certain personality. I am identified by those who see me as a stereotype of what a Muslim woman is supposed to be like. But there is no one definition of who a Muslim woman is, as all of us are diverse individuals with different beliefs and interests; and to categorize us in a tiny box of what we should be just because of what we wear, rather than ask us who we are, what we think, is not only harmful to us but to everyone else also, because this means we are losing out on knowing who people are and stereotyping them for how they choose to dress.

I hope that day comes soon.