There are fears from Rohingya activists that this boat was part of a once-dormant transnational trafficking network, which may be coming back to prominence. 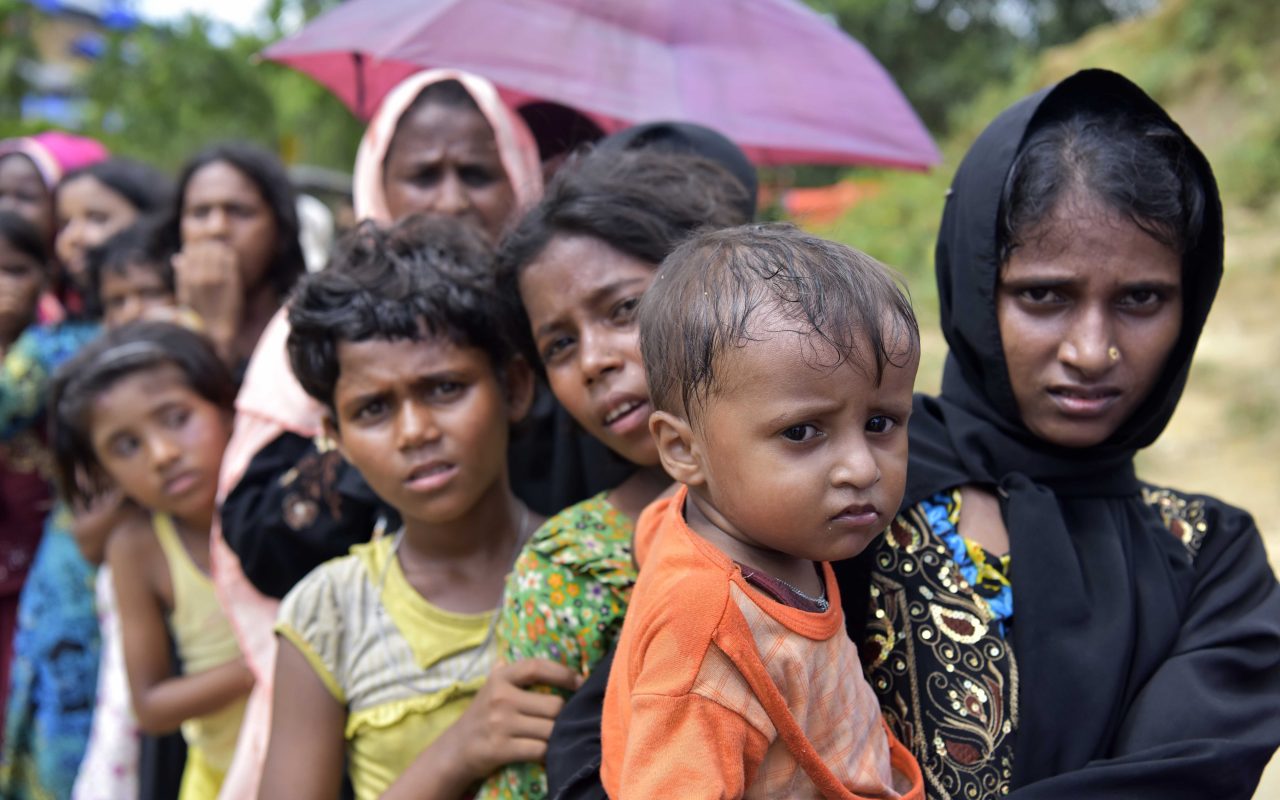 There are fears from Rohingya activists that this boat was part of a once-dormant transnational trafficking network, which may be coming back to prominence.

A boat carrying Rohingya refugees capsized in the Bay of Bengal on Tuesday morning, killing at least 16 people with many still unaccounted for.

According to reports, around 138 people were on the boat which was travelling to Malaysia across the Bay of Bengal. Seventy people have been rescued so far, although a rescue team is still trying to locate the remaining passengers. All of the bodies that have recovered so far have been women and children.

The wooden fishing boat carrying the refugees, which was only 13 metres long, was one of two vessels navigating the 1,250 mile journey to Malaysia. It capsized near Bangladesh’s St Martin’s Island.

The International Organization for Migration and the UN refugee agency issued a joint statement, offering their condolences and support to those involved:

UNHCR and IOM are saddened by this tragic loss of life and, together with our other UN and NGO partners, are standing by to offer assistance to the [Bangladeshi] government in responding to the needs of the survivors, be it food, shelter, or medical aid.”

There are fears from Rohingya activists that this boat was part of a once-dormant transnational trafficking network, which may be coming back to prominence. Between 2012 and 2015, the UN estimated that at least 170,000 people were trafficked to south-east Asia by boat through this network. Many Rohingya drowned as their overcrowded boats sank.

Since then, more than 700,000 Rohingya refugees fled a brutal crackdown by the Myanmar military in 2017, bringing Bangladesh’s total population of Rohingya refugees to over a million. While the trafficking network has remained relatively quiet in recent times, there are therefore valid concerns of new activity.

A history of persecution

The Rohingya are one of Myanmar’s many ethnic minorities. They represent the largest percentage of Muslims in Myanmar, with the majority living in Rakhine state. They have a distinct language and culture, and their descendants are said to have lived in the region for generations. Despite this, the government of Myanmar has repeatedly persecuted them and refused to even recognise them as a people, viewing them instead as illegal immigrants from Bangladesh.

This campaign of oppression reached a deadly crescendo in 2017, when the Myanmar military carried out a shocking series of atrocities, including burning Rohingya villages and attacking civilians. At least 6,700 Rohingya were killed in the month after the violence broke out, according to Médecins Sans Frontières, and there were reports that the military also raped Rohingya women and girls. The UN said that the violence bore the “hallmarks of a genocide”.

This precipitated a mass exodus of Rohingya into Bangladesh to flee the violence, which the UN later labelled as a “textbook example of ethnic cleansing”. Many have taken shelter in overcrowded refugee camps in Bangladesh’s Cox’s Bazar district, in conditions which have been described as “inhumane”.

There is therefore no wonder why the Rohingya are seeking refuge in other countries. Malaysia is said to be high on the list of potential destinations, given the fact that it is a Muslim majority nation with an already significant Rohingya community.

An uncertain future for the Rohingya

The future remains difficult for the Rohingya, with the stark choice between remaining in the dire conditions in the refugee camps and braving a treacherous journey to reach somewhere more hospitable. All the while, the dangers of further violence from the Myanmar government loom for those who have remained in the country; so much so that the International Court of Justice (ICJ) ruled last month that the Rohingya remain at “serious risk of genocide”.

The ICJ, however, also went on to order “provisional measures against” Myanmar to prevent any further harm being done to the embattled people, and ruled that it must comply with the provisions of the 1948 Genocide Convention.

This is clearly a welcome step towards providing safety to the Rohingya people, and the international community must come together to ensure that they are protected. At the very top level, this includes governments ensuring that the provisional measures are put in place. However, we can also act from the ground up as concerned citizens, by donating to charities to help the Rohingya and by campaigning strongly for their protection.

Ramona Wadi
|
July 2
Menu
This website uses cookies to improve your experience. If you continue to use this site, you agree with it.
Ok