This case continues to shock those concerned that a child under the age of six could have been reported to Prevent, and the mother of the child reveals how upsetting it was to find armed police at their home at 10:30 pm.

In shocking news, a four-year-old Muslim boy was referred to the UK government’s Prevent strategy, an anti-extremism and anti-terrorism program, after playing the popular Fortnite video game. It has surfaced that the boy, who is from the West Midlands, was referred to Prevent in late 2019, after reportedly saying that his father had “guns and bombs in his shed”.

Looking at the transcript of the conversation, however, shows that the boy’s reference to weaponry was clearly linked to the Fortnite video game – and many have now called out Prevent’s anti-Muslim and biased strategies when it comes to anti-extremism measures within the UK. The child’s mother believes that if her boy was white and not Muslim, no one would have considered him to be at severe risk of radicalization.

This case continues to shock those concerned that a child under the age of six could have been reported to Prevent, and the mother of the child reveals how upsetting it was to find armed police at their home at 10:30 pm. She explains:

He’s just a little boy with an imagination. The teachers should know in this setting that [children] have imagination. They know exactly what kids are like, and what young boys are like. I do think that if it was a white boy, they wouldn’t have actually gone to that extreme of referring him to the Prevent scheme.”

The mother continues to say: “Prevent gives a bad image of Islam. For people who don’t really know much about Islam and Muslims, they just believe what they hear in the media, it is all very negative.”

According to figures obtained under the freedom of information laws by the Observer, there have been at least 624 children under the age of six who have been reported to Prevent between the years 2016 to 2019. During that same period, it was also reported that more than 1,400 children between the ages of 6 and 9 were reported to the UK government for anti-extremism measures.

These shocking statistics only exemplifies the growing concerns of exactly who Prevent is targetting – and with the obligation on public bodies, which include nurseries and schools to report concerns on potential radicalization, many fear that the Prevent scheme has become too intrusive on children’s lives.

Although the latest figures show that the largest number of referrals to Prevent are related to far-right extremism, this does not change the fact that Muslims are still heavily targetted with an even greater negative bias in larger media and society.

A spokesperson for the Muslim Council of Britain has stated in regards to this case: “These latest figures and the example of the four-year-old Muslim boy reaffirm our view that Prevent is a flawed policy, presenting fundamental issues that must be subjected to a robust and truly independent review.”

Additionally, Rosalind Comyn, the Liberty policy and campaigns manager, stated her concerns around the strategy of Prevent:

We should all be free to express ourselves and go about our daily lives without being monitored for what we think or believe – and to grow up in a society where we feel safe to express our thoughts and opinions. That’s why it’s so worrying that hundreds of children barely old enough to tie their own shoelaces are being profiled as potential future criminals based on things like the video games they play or the perceived views of their families.”

Pointedly, the fact that the government’s review over the case has yet to fully start is raising more concerns – especially in regards to children under the age of six being referred. In response to this, a Home Office spokesperson has stated: “Where someone is concerned a child may have been deliberately exposed to harmful terrorist narratives, it is right that they refer them to the necessary authorities. Prevent is first and foremost about safeguarding, and through this referral, the child will be able to receive the vital support they need.”

It remains to be seen how the government review of the case will proceed, as many – rightfully – continue to voice their outrage at an anti-extremism strategy that increasingly looks more harmful than effective. 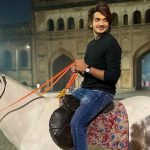