Here are just five of some of the most important Islamic scholars from the African continent today!

Africa has produced outstanding scholars that have distinguished themselves in the field of philosophy, hadith, and jurisprudence, and Qur’anic sciences in recent times but their contribution has often been overlooked by writers and researchers.

Today, we explore the life of five among many these personalities that had and are still transforming the society through the dissemination of knowledge ingeniously.

Sheikh Zakzaky is a Nigerian cleric who was born in May 1953 in Zaria, Kaduna State. Sheikh Zakzaky’s parents were Islamic scholars with a specialization in Qur’anic exegesis – they earned their just means of livelihood through farming.

While he was learning the Qur’an under his father, Zakzaky also attended another Qur’anic school in his neighborhood. He, alongside his brother, also accompanied his father to the farm to give a helping hand.

After memorizing the Holy Qur’an at 14, he was allowed to start learning other books on religious issues under the tutelage of different scholars. From 1969 to 1975, Ibraheem Zakzaky studied at the Zaria Provincial School, where he studied Arabic literature and later the School of Arabic Studies (SAS) in Kano. In 1976, he joined the famous Ahmadu Bello University in Zaria, where he obtained a degree in Economics in 1979 – but his certificate was withheld because of his Islamic activism. 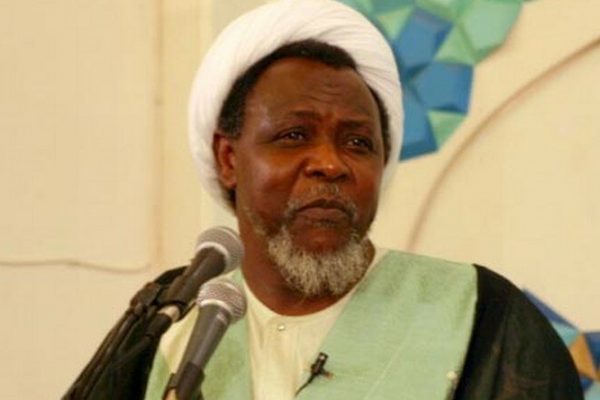 During the period of his stay at the institution, he was appointed the Secretary-General of the Muslim Students’ Society (MSS), an umbrella body of all Nigerian Muslim students. He later became the Vice Chairman of the group that was overseeing its international affairs.

Today, Sheikh Zakzaky is the leader of the Islamic Movement in Nigeria and has a followership base of more than 20 million supporters. He became more popular in 2014 and 2015 when the Nigerian military attacked him and his followers.

Until his arrest in December 2015, he held weekly classes on Qur’anic exegesis and Nahjul Balagha at the Husainiyyah Baqiyatullah that was demolished during the attack. He is married to Zeenatudeen Ibraheem and has 9 children, 6 of whom have been killed by Nigerian authorities.

To learn more about Sheikh Zakzaky’s arrest and the human rights abuses that have followed, watch the video below:

Popularly known as Sheikhul Islam Hajj Ibrahim Al-Khawlahi, Niasse was a Senegalese major leader of the Tijjani Sufi order of Islam in West Africa and was born in 1900.

The Islamic scholar who had served as a Vice President of the Muslim World League was a friend to many prominent personalities including Kwameh Nkurmah, Gamal Abdel Nasser, and Saudi Arabia’s late King Faisal. 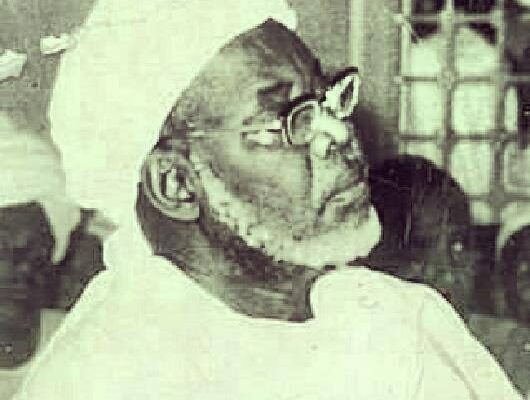 He was born in the village of Taiba Niassene, between the Senegalese city of Kaolack and the border of Gambia. He was the son of Hajji Abdulaay Nas, the main representative of the Tijjani order in the Saluum region at the beginning of the 20th century.

Ibrahim founded the ‘Thariqa al-Tijaniyyah al-Ibrahimiyyah’, a group that has a multitude of followers in Africa, especially in Senegal and Nigeria. He had also played a crucial role in the independence of some African nations. In his 1950  work, al-Ifriqiyyah li al-Ifriqiyyah, he affirmed that “Africa must be governed by its own children”.

The Sheikh died in London in 1975, but left a legacy of having a great disdain for oppression and transgression, with a wealth of writings on the plight of colonised people worldwide.

Sheikh Kabara is an astute Islamic scholar and philosopher who was born in April 1915 in Guringuwa village outside Kano, Nigeria. It is believed that Kabara’s grandparents came from Timbuktu, Mali.

The versed teacher learned law, theology, literature, logic, and grammar from his father and a host of other subjects like astrology from Mahmud Kabara among other learned personalities. 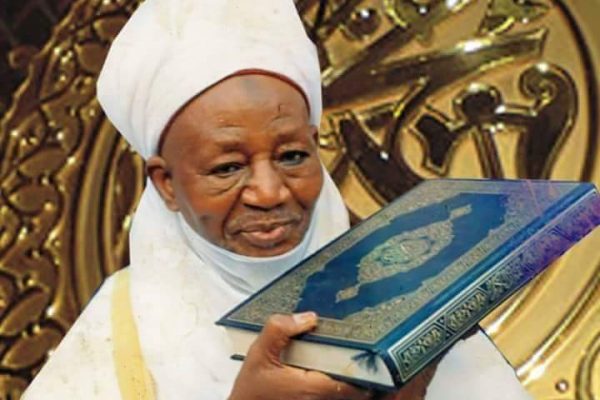 Sheikh Kabara was largely responsible for popularizing the Qadiriyyah Sufi order among Hausa and Fulani commoners, by translating the theology and mysticism of Qadiriyyah into the Hausa language.

The erudite scholar is also a prolific writer as he had written over 150 treaties and books explaining various aspects of Islamic philosophy in the Arabic and Hausa languages over thousands of poems.

In 1987, during the mauled celebration of Abd al-Qadir Jilani, Sheikh Sayf al-Din of Baghdad proclaimed him as the leader of Qadiriyyah Sufi order for the whole of Africa.

Also known as Sheikh Sharif Saleh, al-Husaini was born on the 12th of May, 1938, and is a Nigerian scholar and a prominent Tijjani Sufi group order cleric.

Saleh had studied under well-known scholars in many countries. He has also delivered lectures in the fields of Qur’anic exegesis, hadith, Islamic sciences, jurisprudence, and ethics. 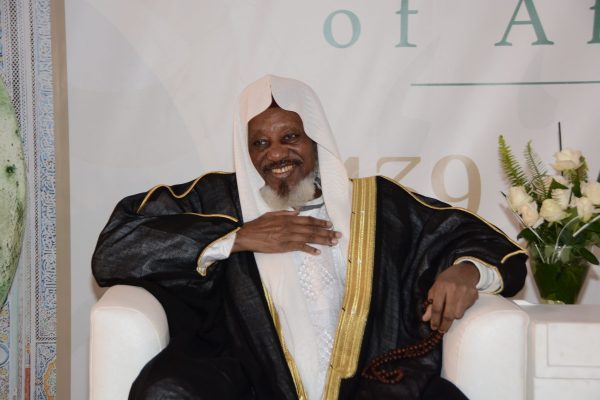 He has written more than 600 books and pamphlets, as well as more than 200 conferences in the Arabic language in areas that range from Qur’anic sciences, prophetic traditions, history, and philosophy.

He is a member of many reputable Muslims bodies including the Islamic Renaissance Organization, Association of Muslim Scholars in Africa (Morocco), Assembly of Muslims in Nigeria (AMIN), and the Muslim Council of Elders. He is also the founder of the Sheikh Sharif Ibrahim Saleh Islamic Center (SHISIC).

His main areas of academic interest are astronomy, Arabic literature, linguistics, the science of Sufism, Islamic polity, Islamic law of personal status and inheritance, and the peaceful co-existence between nation-states.

Sheikh Osmanu Nuhu Sharubutu was born in Accra in April, 1919 from a respected family.

His father, Sheikh Imam Nuhu Sharubutu, was the regular Imam of the Accra Central Mosque in the 1960s to 1982 when he died. His mother Hajja Ayishatu Abbas, popularly known as Mama Tasidis, had famously ensured that her son got a proper upbringing and Islamic education.

After realizing Osmanu’s devotion and quest for knowledge, his father sent him to study under Sheikh Abdullah Dan Tino in the garden city of the Ashanti region to study further under him. While he was living there, he has become versed in Arabic grammar, Arabic literature, Islamic jurisprudence, and hadiths.

Later on, under Sheikh Abubakar Fulataaty Al-Kanawy, a Nigerian cleric, he learnt the fundamentals of Sufism and afterwards the deeper spiritual aspects of Sufism and rudiments of mysticism from Sheikh Ibrahim Niass in Kaolak in Senegal, which helped him to become the leader of the Tijanniyah Sufi order today in Ghana. 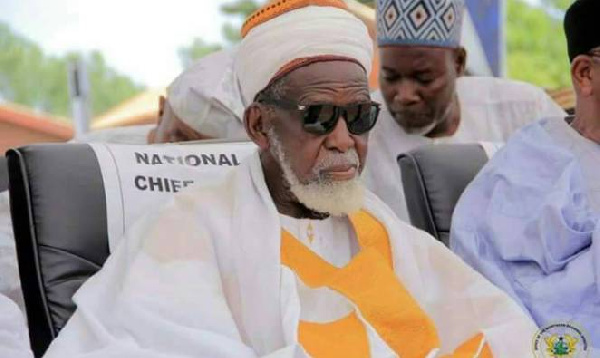 The 101-year-old Ghanian cleric is the most influential in a country where Muslims constitute 18% of the population.

The name of this astute teacher has become synonymous with promoting mutual understanding, dialogue, and peaceful co-existence between religions and even within Islam.

Aside from establishing seven Islamic schools in the greater Accra region, he has lobbied for the realization and manifestations of national holidays for Muslims in the official calendar of Ghana.

When he reached the age of 100 years old, he visited a church as part of the activities to celebrate his birthday. He said the main legacy he wants to leave behind is peace. 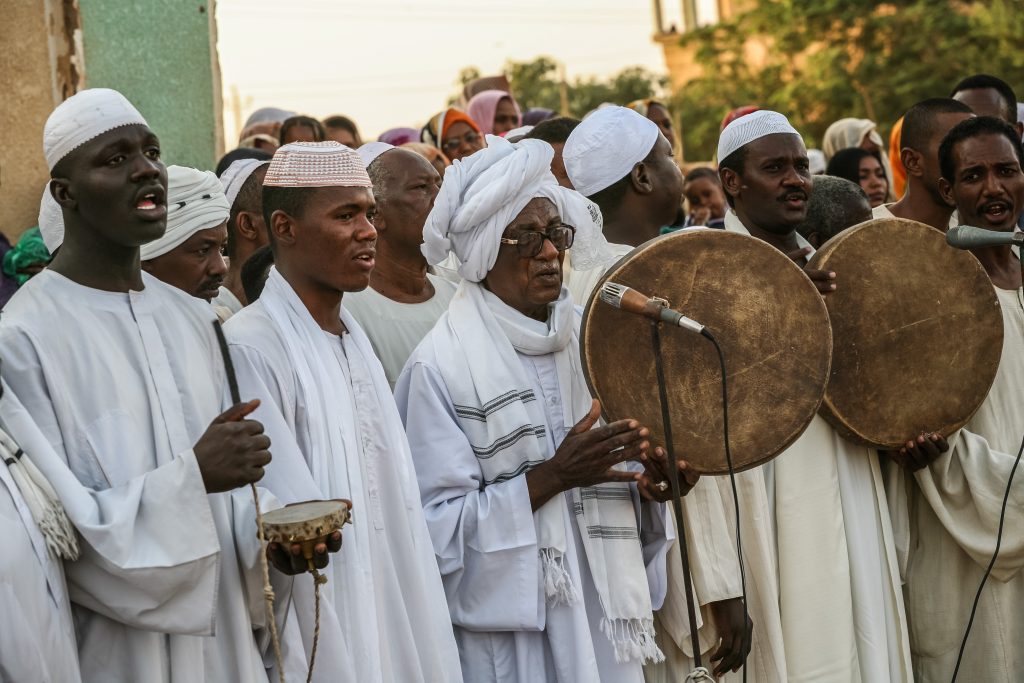 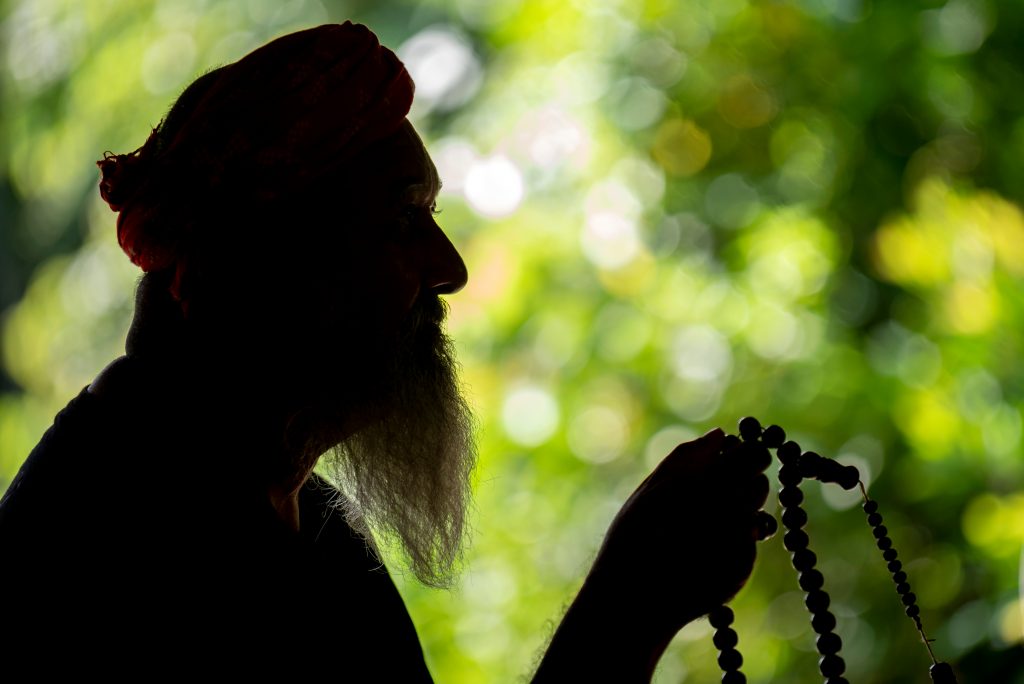