Our first three blogs observed the history of the Rohingya community and examined how their oppression and annihilation was administered through their statelessness.  The fourth blog in our series turned toward the main theme of our discussions: understanding the mass human plight of statelessness itself, to have no membership with any of the world’s 206 sovereign states.

In a system based on citizenship to a state in order to obtain rights of legal residence, right to self-determination and right to engage in society, there are at least 15 million people stateless, and as such voided of these basic human rights. As a result of their statelessness, they are marginalised by every country in the world and their presence in every place in the world is deemed illegal. A stateless person does not enjoy state protection nor an appeal to intervention or assistance by a government. They are prohibited from legally earning, gaining normal state education, regular welfare, partaking in voting, travel and migration because without citizenship they have no access to legal documentation such as a passport or permits. The stateless are ‘legally’ excluded from all normal aspects of society throughout the world.

Having understood statelessness and its ramifications, in this blog we turn our attention to the following:

1. How does a person gain citizenship to a country?
2. How does one become stateless?
3. Which communities have been effected through statelessness?

Once we have become acquainted with state and international law, we will be better positioned to understand the plight of so many voiceless millions in the world today and its implications upon mankind.

Article 15 of the 1948 Universal Declaration of Human Rights (UDHR) states that “everyone has the right to a nationality” and that “no one shall be arbitrarily deprived of his nationality” [1]. The 1966 International Covenant on Civil and Political Rights (ICCPR) adjures “Every child has the right to acquire a nationality” [2].  Based upon these and other related articles of international law, states are obliged to offer citizenship under certain circumstances. Nationality is thus acquired or granted in three ways:

Until recently only 3.1% of the world’s population resided outside their country of birth [3] and so the vast majority of people obtain conferment of nationality based on descent and location of birth. Naturalisation however, may take place by length of residence, application, lottery, marriage, refugee status, asylum seeking or good character [4]. Moreover, states are under obligation to ensure that nationality cannot be denied on the basis of race, colour, descent, gender, descent or ethnic origin [5].

Based upon the above we observe important regulations and obligations upon states: The necessity to grant citizenship, the prohibition of arbitrary denial, and the various routes for an individual to obtain citizenship/nationality to a state.

Despite this, there remains in excess of 15 million people devoid of citizenship. This means they have been blocked, refused or lost nationality for some reason, which contradicts Article 15 of the UDHR stating “everyone has the right to a nationality”.

There are two ways of being the deprived or losing nationality/citizenship:

The first ensures the loss of one’s primary nationality is conditional to gaining another. For example, when one renounces the first citizenship in order to acquire a new nationality such as expatriation, through marriage or divorce, through adoption or expiration. Many ordinary people will have experienced or know of someone who has experienced these circumstances. These are known as ‘change in personal status’ and are protected from losing nationality altogether [6].

The second however, is a loss or refusal of nationality that leaves one devoid of nationality/citizenship altogether.  The consequence of this is statelessness and lingering within the international system without legal recourse to nationality. Unfortunately this list is very lengthy. Moreover, this list has very real implications for people today.  Below we will detail the reasons a person may become stateless and where necessary, expand on examples and pertinent discussions pertaining to the particular reason.

This means when a state falls or replaces another ending the existence of the previous state. The UNHCR notes “the emergence of new states and changes in borders. In many cases, specific groups may be left without a nationality as a result of these changes” [7].  This would suggest that it is upon the newly founded state to confer citizenship to those who have lost nationality. 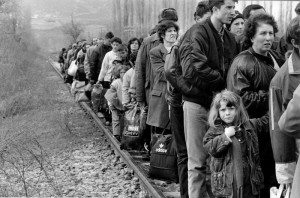 An example may be the disintegration of the Socialist Federal Republic of Yugoslavia (SFRY) at the beginning of the 1990’s. As all citizens of the SFRY held a republican citizenship at the time when the country disintegrated, the successor states of Bosnia and Herzegovina, Croatia, Macedonia, Montenegro, Serbia and Slovenia all enshrined the principle of legal continuity. However, in states which were affected by armed conflict, most notably Bosnia and Croatia, many people found themselves without a nationality because they could not prove their former republican citizenship [8]. Another would be the collapse of the Soviet Union or the Ethiopia-Eritrea succession [8a].

This raises the urgent and imminent question of the defeat of the Islamic State (ISIS). Estimates suggest ISIS contains 30,000 foreign fighters from across 100 countries [8b]. In the scenario of their defeat, to which country will such fighters be welcomed from the proxy state? Moreover, should parts of Iraq and Syria be formally recognised as the ISIS state and it be subsequently defeated, the same question of ‘disappearing states’ and borders arises for those in ISIS i.e. are they to be granted citizenship into a restored Iraq, Syria or place of origin (see point 11 below for country of origin voiding citizenship).

A failed state is generally considered to have internally collapsed and left a vacuum in authority and thus unable to discharge its duties. It may also be considered as unable to interact with other nations and so ceases international interaction [11].

Statelessness in its modern form emerged as an international emergency following the First World War. The displacement of peoples during the war produced a refugee crisis unlike anything with which international law had previously been confronted. This prompted the 1954 and 1961 Convention to  Reduce (note, not to end) Statelessness respectively, forming international law to govern the challenges.

The present invasion of Syria has caused mass statelessness. The UNHCR stated, “Syrian children acquire nationality exclusively through their fathers, however the war in Syria has robbed hundreds of thousands of children of their fathers” [12]. These hundreds of thousands are now in refugee camps in Lebanon, Jordan and Iraq or migrating through Europe without documentation due to fleeing ISIS. Their children, therefore, are left stateless.

Undoubtedly one of the largest reasons for statelessness has been oppression and marginalisation of ethnic groups by governments. This often manifests itself through the stripping of nationality or legislation blocking historic or newborn citizenship. It is tantamount to the state attempting to rid itself of unwanted people by stripping them of citizenship.

6) A means to tackle political dissent.

For example in November of 2012, in a law “re-evaluating nationality”, Bahrain revoked citizenship from 31 opposition activists [14]. 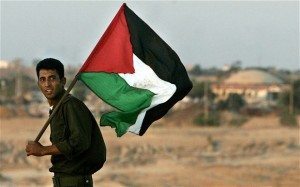 Without doubt, the single largest group of people in the world to be made stateless are the Palestinians. Since 1967 the ‘State’ of Israel has occupied Palestinian land absorbing more annually through incursions and illegal settlements. As Palestine does not have an official state, its citizens and refugees are considered a stateless people under Israeli occupation. UN data “shows that there are more than five million Palestinians worldwide who are stateless under international law or whose nationality status is currently ambiguous” [15].

The world is presently witnessing the largest movement of migration since World War Two. A mixture of war, poverty, famine and oppression and lack of security has forced 60 million to become displaced. Many are without documentation and are crossing seas, countries and even continents seeking asylum and new citizenship.

There are those that upon arrival to countries destroy proof of their citizenship in order to facilitate asylum seeking. The United Kingdom has criminalised the destruction of passports for the purpose of claiming statelessness and seeking asylum [16]. Some countries have legislation to deny children born to asylum seekers and migrants [16a].

10) If nationality was acquired by fraud or misrepresentation

11) Disloyalty to the state, treason or terrorist activity

Article 8 of the 1961 Statelessness Convention permits removal of nationality in such cases. Matthew J. Gibney, Professor of Politics and Forced Migration at the University of Oxford notes, “Since the Conservative government came to power, they have denaturalised more people than any UK government since before World War II, and they now propose to extend powers so that even statelessness is not a bar” and questions, “Should British nationals suspected of terrorist offences or other serious international crimes be stripped of their citizenship?” [17]

12) A number of states deny women nationality upon marriage or based on gender [18].

It is also feared that with the impending effects of global warming, low-lying, submerged and uninhabitable lands will cause mass migration. Half the worlds population, approximately 3.5 billion people, live within 120 miles of an ocean. An increase of sea levels by even a few feet would cause catastrophic levels of migration.

a) Most statelessness is not based on expulsion from one’s homeland, rather it is from persecution or a lack of recognition by the country they presently reside in.

b) Statelessness is often unintentionally generated. Conflicts of citizenship laws, state dissolution and bureaucracy are factors.

c) Often communities may remain stateless for years or even generations compounding the problem through persistence. [19]

d) Despite the presence of international law prohibiting the arbitrary refusal of statelessness, it persists. This suggests that states wield greater power than international law and are at liberty to implement or ignore their responsibilities as they see fit. Despite the legal responsibilities of states toward delivering Human Rights and the various routes to obtaining citizenship, 206 sovereign states have maintained neglect for the stateless community.

e)  Without doubt, at any time, any of the above can incur upon a person who currently maintains citizenship.  It is therefore in the interest of all peoples to remove the concept of statelessness and reform international law

In the next blog we shall God-willing, analyse what steps the United Nations have taken to curtail statelessness and why countries have maintained its upkeep. And also how and why are states benefitting from keeping statelessness a project within the human community.