Since 2001 and the subsequent ‘War on Terror’, a host of self-styled counter-extremism organisations have emerged – perhaps none with more public a profile than Quilliam.

Undoubtedly, some of the issues that Quilliam is set-up to tackle require a wide societal response that includes a plethora of actors and organisations. Furthermore, organisations that deal with issues of counter-terrorism and Islamophobia are often characterised by a level of in-fighting detrimental to responding to the actual issues affecting Muslim communities. As such, this article takes the point of view that it is important to be self-reflexive when dealing with such important societal issues, and contends that groups such as Quilliam have not, in many cases, fully considered the impact of their statements and actions on Muslim communities in Britain. This article is, therefore, an invitation to Quilliam to re-assess the re-evaluate instances where their interventions have brought with them more problems than solutions, and consider what the next steps should be in bringing groups from across communities together to explore some of these issues in a more rigorous way.

Quilliam was initially established in a family living room by a collective of several ex-Hizb ut-Tahrir members (although only a few are now named as official founders, some since officially distancing themselves). It aimed to offer a counter-weight to more bombastic groups like Al-Muhajiroun of the late 1990s and early 2000s and encourage individuals to leave such groups. Whilst it found initial support from the UK Government and some elements of British Muslim communities, Quilliam have developed an increasingly poor reputation – as Nawaz Hanif stated in a Guardian article in 2014, “I am honestly yet to meet a Muslim who views the Quilliam Foundation positively”, and this is a view I have found reflected not just amongst British Muslim communities, but in universities and academic institutions up and down the country.

Most recently, it has become embroiled in questions regarding the quality and impact of its reports – specifically, a largely debunked report framing Asian Muslims as almost entirely responsible for “Grooming Gang” child abuse. Dr. Ella Cockbain, a highly respected academic who has dedicated her professional life to understanding and researching child exploitation, recently critiqued the report as “a case study in bad science” which makes broad, sweeping statements based on a tiny sub-sample of case studies. It has also been described as “flawed from beginning to end”, “laced with contradictions, misrepresentations and blatant fabrications” and “hastily thrown together, with paragraphs copied and pasted into multiple sections“.

What is important about the Grooming Gang report is that it encapsulates the problems that Quilliam has been causing in counter-extremism in: 1) hiding conflicts of interests; 2) using a poor methodology which is highly-ideologically (rather than evidence) driven; 3) having little positive demonstrable outcomes.

Firstly, Quilliam has traditionally downplayed conflicts of interest that have riven the organisation since its establishment. As Dr. Cockbain states, the “Grooming Gang” report represents a significant potential conflict of interest: the more that such attacks are seen as a Muslim problem, the more a “counter-extremism” think-tank stands to gain. This does not represent an oversight by Quilliam but, rather, it’s operational means: the more it can convince the government and stakeholders that extremism is an existential problem, the higher the profile and the greater the funding it can make for itself. Furthermore, consisting of a clique of self-styled ex-“Islamists” (Maajid Nawaz, Adam Deen) and former jihadis (Noman Benotman), Quilliam has been keen to stress the specifically “Islamic” element of extremism, and therefore their perfect positioning in addressing it. This sleight of hand by Quilliam in producing work which conveniently stresses its need to conduct work runs like a thread throughout the organisation’s reports on extremism.

Further alarming conflicts of interest are also to be found in Quilliam’s funding. Until 2011, Quilliam was largely funded by the UK Government but, facing declining credibility, Government funding was phased out in 2012, leaving the think tank facing a substantial shortfall. This has since been tackled with large private donations. Since 2011, one of the organisation’s most consistent donors to Quilliam has been The Stuart Family Foundation, which has donated between £120,000 and £200,000 annually since 2011. According to the Philanthropy Roundtable, grants given by the Foundation are “diverse, but… an ideological current… underlies each donation”, including funding the far-right Centre for Security Policy (whose founder and president is Frank Gaffney Jr.) and The Institute of World Politics. Frank Gaffney Jr. – who has directly inspired much of Donald Trump’s rhetoric and policy – is also linked to Quilliam via the current Quilliam CEO and board member Haras Rafiq. Meanwhile, Rafiq has provided work in the past for the Middle East Forum, run by Daniel Pipes – an infamous Islamophobe and supporter of Europe’s far-right, anti-Islamic parties.

Other donors have been equally as problematic. In 2014, Sam Harris donated $20,000 to Quilliam. Harris has advocated “war with Islam,” defended the use of torture techniques and has promoted the mass profiling of Muslims “or anyone who looks like he or she could conceivably be Muslim.” A grant from the John Templeton Foundation for a total of $1,080,997, covering the period from September 2014 to June 2017, has also raised questions. The John Templeton Foundation has been cited as having a worrying “history of funding what could be seen as anti-science activities and groups”, specialising in supporting programmes that bring science and religion closer, including in some cases dubious pseudo-scientific projects on ‘faith healing.’ Meanwhile, the Lynde and Harry Bradley Foundation, which gave Quilliam £58,000 in 2013, regularly funds counterjihad organisations such as the David Horowitz Freedom Center and until recently, Frank Gaffney’s Centre for Security Policy.

Quilliam has been heavily criticised and exposed by Parliament’s Home Affairs Select Committee since 2011 for its involvement with the anti-Muslim organisation the Gatestone Institute.  In addressing the Quilliam Foundation during the hearing, Chuka Umunna MP told Haras Rafiq: “The problem is with this Gatestone Institute, Mr Rafiq, is that it’s not just these Steven Emerson and also Robert Spencer, it’s just the general tone of what they carry… I just wonder what on earth an organisation like your own is doing associating with and signing statements organised by an organisation like the Gatestone Institute”. In contrast to Quilliam, organisations more rooted in British Muslim communities – such as MEND – prefer to rely solely on community-funding to avoid exactly this problem, eschewing Government or large-funder grants so that we don’t become beholden to other interests.

Secondly, Quilliam uses a poor methodology which it attempts to pass off as academically rigorous. As Miller and Sabir have stated, organisations such as Quilliam and other counter-extremism organisations tend to operate as “front groups” for governments, developing recommendations which deliberately support government policy. This is, according to Miller and Sabir, “essential to the efficacy of coercion and the generation of fear” – a core component of the counter-terror narrative. Quilliam under Nawaz – along with other former Hizb ut-Tahrir Britain members such as Ed Hussein and Shiraz Maher – have pushed a strong ideological approach to terrorism, suggesting that “the problem was not necessarily the associations we made with people who were naturally inclined to violence, but the problem was in the very ideas themselves”. This has flown in the face of significant evidence regarding motivations behind engagement of terrorism.

Thirdly, for all of Quilliam’s money and supposed expertise, there is has been very little output. We can see this in Quilliam’s attempt to “rehabilitate” Tommy Robinson. Quilliam has since been exposed as paying money to Robinson to draw him away from extremist platforms: in a deal coordinated by the Quilliam Foundation, he was paid thousands of pounds to leave the English Defence League so that the organisation could take “credit” for his resignation. The long-term impacts of this so-called rehabilitation were simply to move Robinson from one national far-right platform, to a larger, international one with his subsequent leadership of Pegida in Britain. Robinson later stated that the Quilliam Foundation has “no credibility” and is “more despised by Muslims than I was”.

What is, furthermore, interesting about the grooming gangs report by Quilliam is that it represents a serious strategic misstep. Not only have Quilliam released a demonstrably problematic piece of work but that they have since tried to defend it without any reflexive thought or contrition. Whilst it is possible to conduct bad science in the still-developing field of terrorism and counter-terrorism – a field known for poor scholarship – it is much more difficult to produce bad science on child assault and not be held to account on it. Furthermore, that Quilliam and Maajid have taken time to attack respected academics who have dedicated professional lives to understanding and researching child exploitation, rather than constructively respond to issues raised in their report is concerning.

For instance, Dr. Ella Cockbain’s academic review of the work was first met with silence, before Quilliam and Nawaz attempted to dismiss her work by linking her with the Socialist Worker and CAGE, dismissing these organisations as groups “any sensible person would steer clear of”, whilst failing to respond to any of the plethora of issues raised in her critique. Nawaz has resorted to smearing tactics, attempting to discredit legitimate questions by calling critics “pro-jiadist groups, far-left socialists and anonymous trolls”. These are tactics which those critically researching counter-terrorism and Islamophobia have long since become familiar with from Nawaz.

The problem with Quilliam and Nawaz is, that if everyone who criticises you is one form of extremist or another, you must be, by default, the moderate centre. But this position is only constructed by you, for you, and does nothing to respond to legitimate criticisms against you and the current imbalance of power in which many Muslims find themselves. Such a position drives you away from constructive discussion and engagement and is the opposite of the critical reflexion that any serious forms of research and discussion requires. Rather than launching attacks on academics, rather than ignoring criticism and painting it as some kind of coordinated attack by “Islamists” and (using Maajid’s own phrase) the “regressive left”, maybe it’s time Quilliam and similar organisations attempted to engage others who don’t support its approaches, to build cross-community consensus rather than sowing division and distrust. 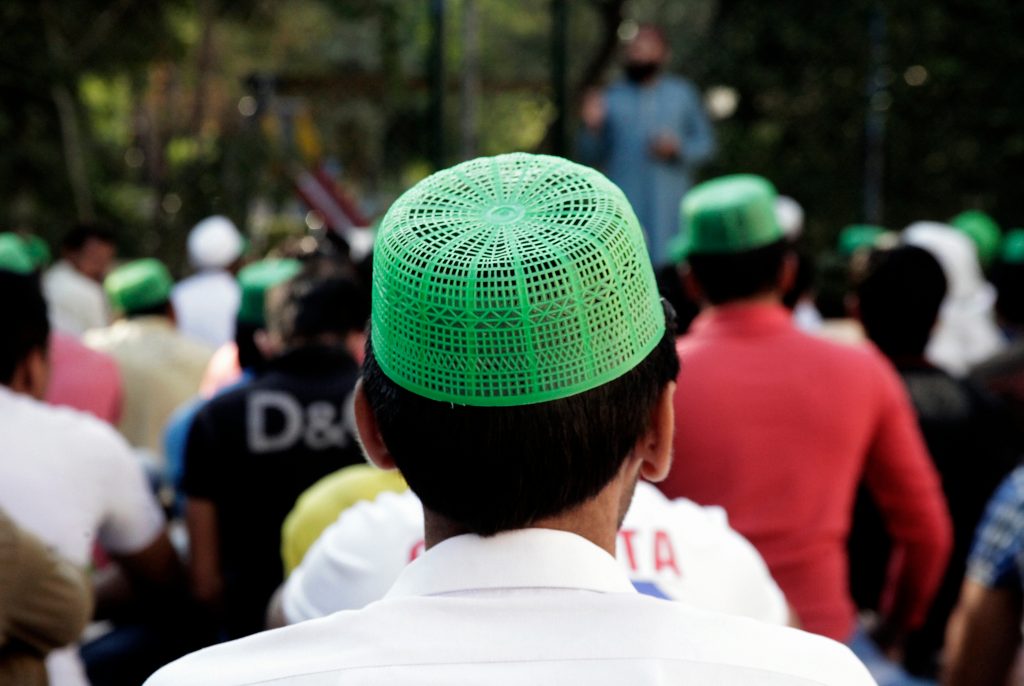 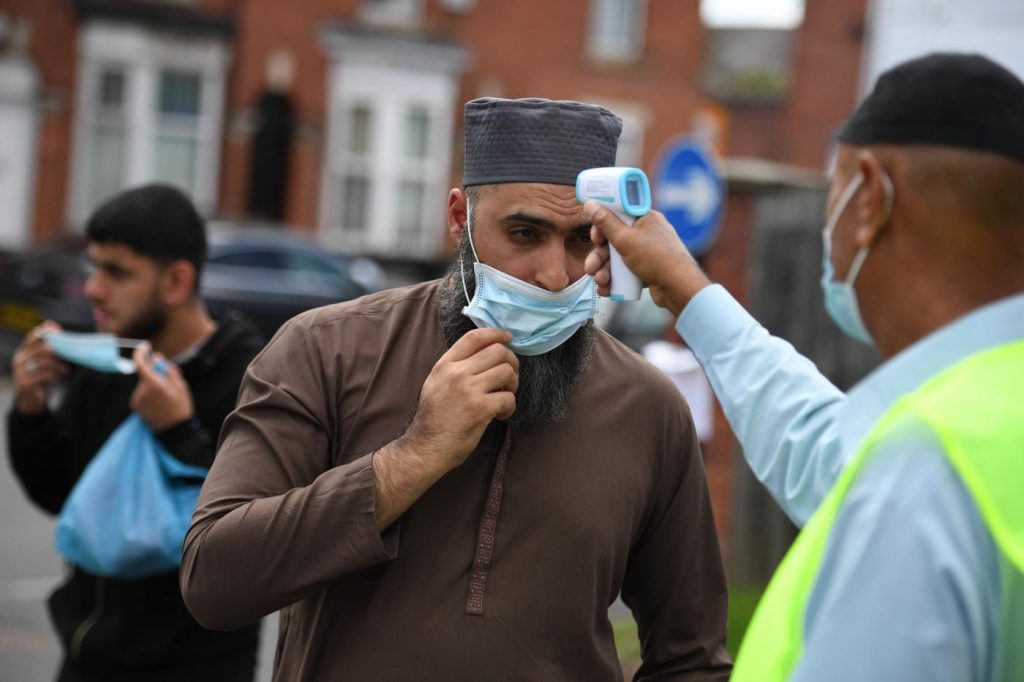 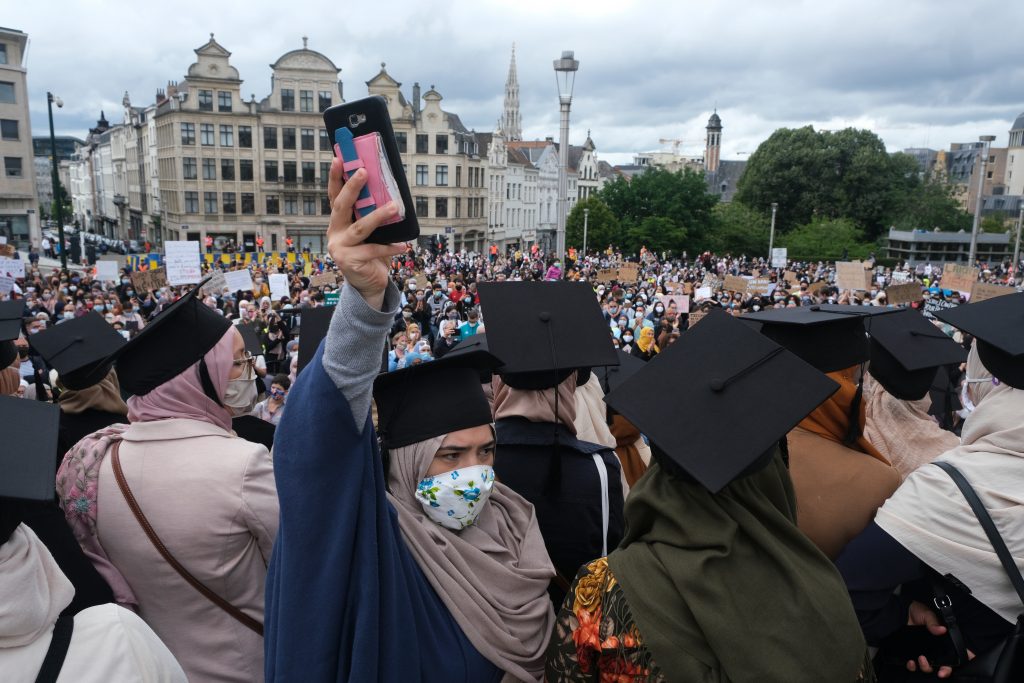