Why The West is terrified of Muslims reading history…

Muslim Identity & the fall of the international World Order.

Who are the Muslims?

It is this fundamental question which cuts to the very heart of a global Muslim awakening. It is this question which explains why Western powers are currently murdering their way across the Muslim world. In our history lies the answers, not only to who we are, but also the reason behind the need to eradicate our history and supplant it with one made in the dark corridors of European powers.

In 1915 a small cabal of Western notables such as Churchill, Kitchener and the then Prime Minister Lloyd George met. Driven by their Christian beliefs, financial gain & a hatred of Islam, they plotted the re-structuring of the Muslim world and most importantly the restructuring of Muslim identity.

The West was not new to social engineering and had experimented both on slaves and other colonised peoples.

They realised that by breaking African slaves’ link to their pasts and distorting their self image, they were able to create a pacified, compliant people. Black leaders such as Fredrick Douglass and Malcolm X illustrated how vital this deliberate distortion was in the continued subjugation of their people. In their autobiographies they highlighted the destructive effect this had on the minds of black people to the extent it made them hate the very skin they were born in — and taught them to hate each other.

By the First World War, Western leaders had perfected their psychological cudgel and they used it to full effect, whilst carving up the Ottoman Empire. Naomi Klein, in her excellent book The Shock Doctrine, explains when Western Governments wanted to change the way people thought, it was best to do so after a significant trauma. For in that moment, people would lose their sense of orientation in the world; how they understood themselves and in this confused state — a new narrative could be implanted.

As the colonisers brutalized those they now occupied, the shocked populace were given a new narrative, deliberately intended to break their spirit. The social engineering was interwoven into the very apparatus of the newly created ‘Muslim States. Prior to the restructuring, the Muslim world saw themselves as Muslim. In the new world the Muslims saw themselves in a myriad of ways — as Arabs, Kurds, Turks etc, who were further fragmented into the newly manufactured identities of Syrians, Iraqis, Lebanese or Jordanians etc.

Much like many Hindus or Buddhists see themselves today. Islam itself would not be eradicated — simply changed — by muting its political voice. Those who accepted their new identities would still be allowed to follow the rituals of Islam as long as they did not speak of the ethical demands of their Prophet’s message. This original understanding of Islam — to uphold justice on Earth — was the priority, with the ritual simply upholding this mission. Now this has been reversed.

The colonizers promoted a passive, apolitical version of the original revolutionary message of Muhammad (pbuh) the same way Christianity’s ethical message was undermined by the political powers at the time, by inserting the Biblical words “Give unto Caesar what is Caesar’s and give unto God what is God’s.” In short pray to God — but leave the world to us.

Equally, if the colonial masters could convince Muslims that they were spiritually Muslims but politically Palestinians, Pakistanis, Bangladeshis — and so on — then their national vision would always be limited to the needs of that individual nation. There could be no global Muslim cause. No united Muslim freedom struggle, only a localised nationalistic one. A people could never rise in unity, if they no longer saw themselves as a single unified oppressed people. This is the genius of changing the identity of those you rule.

The Western powers’ grand plan had changed the self-identity of millions of people, a gigantic feat of social re-engineering, and as a result the Powers were able to dominate those they sought to exploit.

While this benefited Western powers, it has destroyed the Muslim world. As a result, violence, chaos and senseless death has become the order of the day in the Muslim world. The Prophet (pbuh) long ago predicted the continuing chaos near the end of time saying, “I see pain falling on your houses like rain.” His prediction has proven correct.

Over the following century the Muslim world would go through continuous trauma. Extreme ideologies would take root due to internal and external players. The West continued its plan of backing secularist dictators and at the same time supporting the puppet Kingdoms of Uber conservative clergy. Both would ruthlessly do whatever it took to keep power. The desperate oppression the populations now lived under was the incubator for a violent and extreme reaction.

A relatively safe and stable Muslim world had previously produced liberal-minded philosophers; poets and men of science; created marvels like the Taj-Mahal; and brought enlightenment to Europe through Muslim Spain. Now that same Muslim world produced broken, angry men, who had lost all hope in a world of poverty, repression and endless brutal wars. Men who had no direction. A lost people.

For this reason the Muslim world has become an increasingly intolerant place. Religious groups too became increasingly intolerant, especially of other religious groups. Without an Islam that gave them an ethical purpose for the world, their minor ritual and theological differences became bitter differences. They looked for internal enemies in theology to fight and ignored the giant global war the external enemies were waging.

Despite this a new phenomenon was occurring, one that was a real threat to the neo-colonial order. Pragmatic Muslim political thinkers started to emerge. And it was these thinkers who started to decode their place in the world. They started to rediscover their history and, through it, the slow process of unraveling what their colonial masters and nationalist dictators had long sought to erase from their consciousness — a free, pre-colonial identity.

These Muslims now started to see themselves as believers in ONE struggle to free their people — and this idea started to spread. A Muslim identity started to re-emerge out of the ashes.

To Global Powers this meant a challenge to the order they had imposed upon the Muslims. To protect that order and destroy the Muslim awakening at its embryonic stage, the Western powers went to war: thus the subsequent invasions, dictators, droning of villages across the Muslim world; the kidnapping of tens of thousands of Muslims from their homes in the dark of night, to be transported across the world to even darker prisons to be tortured to death were all done to stop a new identity becoming a political force.

It is the re-emergence of the Muslim identity; the reawakening of the central premise of Islam; that is re-shaping the whole Muslim world—and in the process — bringing down a world order.

I leave you with the words of Malcolm X 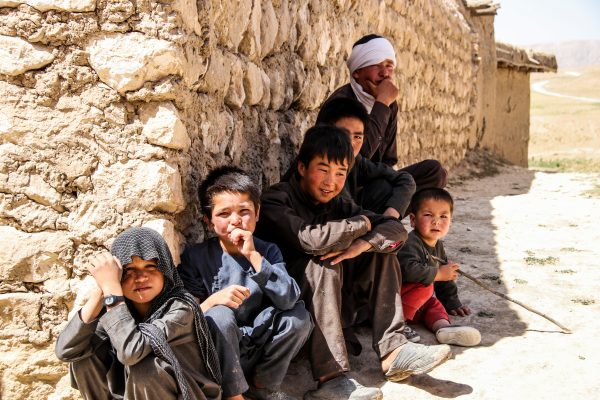