Currently, Bangladesh is experiencing mass poisoning. An event of poisoning that has never been seen before amongst any population, an event larger than what was observed during the well-known Chernobyl Disaster in Ukraine. The poison? Arsenic.

Arsenic is an element that occurs naturally on earth. It is located in the Earth’s crust and is one of the most abundant elements in it. Due to arsenic’s abundance, it is easily able to contaminate water sources because of its presence in groundwater that is extracted for consumption. Arsenic is an identified risk factor in countries such as Taiwan, Bangladesh, India, China, and Mexico.

The World Health Organisation (WHO) has described arsenic contamination as a ‘major public health issue,’ and measures taken to reduce the contaminations should be changed on an emergency basis. In Bangladesh, it is a significant public health concern – WHO guidelines state the safety limit of arsenic is 10 μg/l, with a maximum limit of 50 μg/l, however in Bangladesh it is up to 800 μg/l.

Bangladesh is thought to be the most affected by arsenic poisoning. Exposure to arsenic mostly occurs through well water which is used for consumption and crop irrigation. An approximate 40 million people, which accounts for a quarter of the country’s population, are vulnerable to arsenic exposure that is at toxic levels.

Exposure to contaminated well water is responsible for thousands of deaths each year along with developmental effects in young children. Research has shown that oftentimes individuals from the same family all experience arsenic exposure.

According to data, there are approximately 8.6 million wells, of which 4.7 million had been tested for arsenic, the result of which showed 3.3 million to have arsenic contamination. Amongst patients identified to have arsenicosis in Bangladesh, a large percentage of them were reported in rural, lower socioeconomic areas, with the poisoning most common among adolescents.

The issue is an especially dangerous one because arsenic itself does not change the colour or taste of drinking water, therefore to the consumer of the water, it is an invisible poison. Drinking water is the largest cause of chronic poisoning of arsenic amongst the population in Bangladesh.

Ores containing arsenic are created under extremely high temperature within the earth’s crusts. The breaking down of these ores causes arsenic to enter into aquifers from which its presence in groundwater arises.

Bangladesh has many low aquifers where water is taken from for consumption and irrigation. Chronic exposure to inorganic arsenic has been evidenced in epidemiological studies to have a detrimental effect on the respiratory and nervous systems.

Oral exposure to inorganic arsenic can also cause renal damage along with DNA damage, growth of tumours, nervous system disorders along with the worsening of cardiovascular disease. Early clinical symptoms of arsenic poisoning mostly involve the skin, a variety of different skin problems can arise such as; hyperkeratosis, melanosis and desquamation.

It requires integration at both the national and global level along with policy planning that takes into account all risk factors and determinants involved in arsenic exposure. It is also important to consider the cultural and social influences in a region before implementing schemes and initiatives to reduce arsenic exposure.

In places like Bangladesh, evidence has shown those who are reported to have arsenicosis are from lower socioeconomic backgrounds, therefore it is important to consider the benefit of introducing schemes that help educate the population on how to reduce the risk of exposure to arsenic.

The implementation of national testing programmes is vital to ensure the issue is tackled. It’s important to recognise that the problem in Bangladesh is not only their issue, but the world’s issue, for as long as this continues, the world will never fulfil the UN’s sustainable development goal of clean water and sanitation for all.

[6] Shankar, S., Shanker, U. and Shikha, 2014. Arsenic Contamination of Groundwater: A Review of Sources, Prevalence, Health Risks, and Strategies for Mitigation. The Scientific World Journal, 2014, pp.1-18. 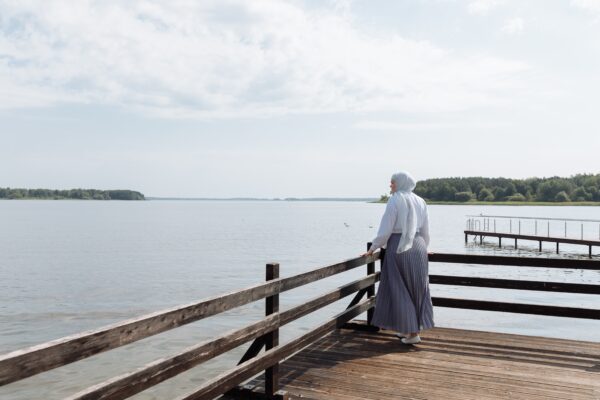