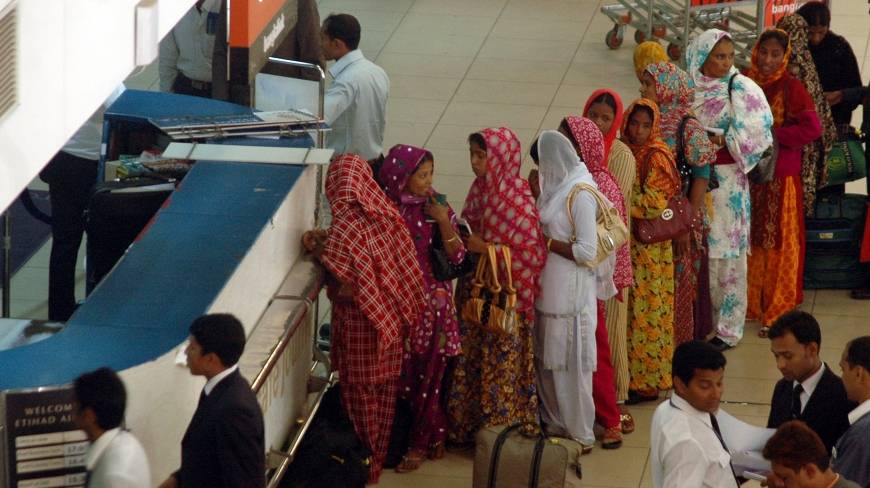 Bangladesh’s Ministry of Expatriates’ Welfare and Overseas Employment department has admitted for the first time last Thursday that its female workers are being called back to the country from Saudi Arabia because of the growing reports of physical and sexual abuse coming out of the Gulf kingdom. According to the new government report, Bangladesh is now admitting that a worrying number of Bangladeshi female workers are being abused in Saudi Arabia, with some serious cases of rape, food deprivation, and psychological and physical torture.

Not only are workers being called back to their home country, but this new reports notes down mainly 11 reasons why Bangladeshi female workers, many if not most who work as maids or domestic workers, also ran away from their employers in Saudi Arabia. These reasons include non-payment of salaries, physical abuse, deprivation of food, and denial of sick leave. At least 35% of the returnees had left because of sexual abuse.

Bangladesh first signed an agreement with Saudi Arabia in 2015 in regards to sending female workers to work as maids, after other countries like Indonesia stopped sending workers due to the continued reports of physical and sexual abuse in Saudi Arabia. Since 2015, 234, 831 Bangladeshi female workers have moved to Saudi Arabia to work as maids and domestic workers. Since 2015, however, there have been growing reports of Saudi’s continued abuse towards its foreign domestic workers, with many forced to seek protection within the kingdom if their passports were confiscated, or fleeing the country after escaping their employers.

In a shocking report by Middle East Eye, it was revealed in 2018 that Bangladesh was forced to set up numerous safe houses across Saudi Arabia to help protect the hundreds of Bangladeshi women who faced sexual and physical abuse and torture from their employers, many of whom are forced to run away from their employers and remain highly traumatized.

Rothna Begum, who works as the senior women’s rights researchers at Human Rights Watch, states the cases of Bangladeshi maids and female workers being abused are unfortunately commonplace inside Saudi Arabia, with a shocking 90-95% of cases showing the domestic worker has had their passport confiscated by their employers, essentially binding them in forced servitude. Speaking to The Independent, Begum states:

They face excessively long shifts of 15 to 21 hours with no days off at all. They might be locked inside the house or compound. They may be deprived of food or given spoiled food – the leftover bits of food on a plate. They are subject to psychological abuse in the form of verbal abuse such as shouting and insults. There is also physical abuse such as the pulling of ears, being burnt with hot water, and then there is sexual abuse which ranges from verbal to being touched, attempted rape, and actual rape.”

Female workers in Saudi Arabia are subject to highly controversial punishments, which includes the ability to be charged for moral crimes by Saudi officials. Being raped by their employers often results in maids and domestic workers, many of whom come from Bangladesh, to be subject to punishment for having sex outside of marriage. Fleeing from their homes can also constitute as a crime, in a country that seemingly has very little in terms of protection for international migrants. Begum explains:

I have documented many cases across the Gulf where men have come into the woman’s room and have either tried to rape them or actually raped them. Women have talked about being sold to another employer and not being paid salaries or having their wages delayed. The range of abuses can amount to forced labour or sometimes even slavery where the employer refuses to pay them and says things like ‘I bought you’.”

As the reports of abuses towards its domestic workers and migrants continue, Saudi Arabia must be held accountable for these crimes. Bangladesh has of yet not stopped the flow of workers into Saudi Arabia, however as the numbers of Bangladeshi female workers returning home continues to grow, scarred and abused from horrifying conditions from within Saudi Arabia, it must be taken into serious consideration whether or not punishable human rights abuses are being committed on a wide scale from within the kingdom. 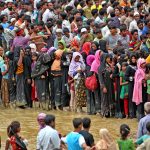