Muslim students have petitioned for universities such as Francisco Ferrer Brussels University college to defy the court ruling and so far, 12 universities across Belgium have denounced this ban and released statements ensuring their students that they will be allowed to continue their education, headscarf or not.

As a result of the recent rise in right-wing parties across the West, the emphasis on secular and Islamophobic mentality has increased. A recent example of this is a court ruling in Belgium, which prohibited the use of headscarves in higher education. The ban was found not to be in violation of the right to human dignity or religious freedom under the European Convention on Human Rights. Despite this, many have taken to the streets to protest the ruling on the grounds of the ban hindering access to further education for many women across Belgium.

Several anti-racist and feminist groups have led and participated in protests against this ban such as Belges Comme Vous, La Cinquième Vague, and Collectif Contre l’Islamophobie en Belgique. Over 1000 protestors gathered in central Brussels under the #HijabisFightBack movement to voice their concerns over this decision.

The activists predominantly argue that these measures prevent equal opportunities and could ostracise Muslim women from Belgium’s social life as well as education which could potentially have a blow on their economy. The women are appealing to universities to see the reality of their rights and oppose the ban enforced by the state.

Muslim students have petitioned for universities such as Francisco Ferrer Brussels University college to defy the court ruling and so far, 12 universities across Belgium have denounced this ban and released statements ensuring their students that they will be allowed to continue their education, headscarf or not. Unfortunately, the protests and petitions have not impacted the Belgian court who have not responded or agreed to re-assess the ruling.

The Council of European Muslims stated:

“This declaration meant that hijab-wearing women don’t have the right to get higher education. Some will, unfortunately, give up on their dreams and some will be forced to remove the hijab to get an education.”

In response to this controversial ban, the #HijabisFightBack movement was introduced by the CEM to create a platform where decisions like these could be protested. Their goal is to put pressure on the legislative system and to make them aware that; by ‘liberating’ them from the headscarf, they are in turn oppressing their right to religious freedom. However, it seems that not much will be done by the state, and it is now up to the universities to apply or defy this ruling.

This ruling does not come as a surprise when looking at the anti-Muslim climate of neighbouring countries such as France. The banning of the headscarf in educational institutions and for public servants has been the centre of many controversies and protests within France. Verbal and physical abuse is common to a woman wearing a headscarf in France, and although this abuse has been caught by the eye of social media platforms and many have spoken up in defence of the Muslim women, the French government have remained adamant in their decision to enforce this ban, classifying it as being in line with its officially secular state.

The rise in secularisation and right-wing governments have only exacerbated the Islamophobic atmosphere of our society, and the circulation of negative rhetoric regarding the hijab has only spread further. Muslims need to work together to eradicate this rhetoric of oppression and negate the claims that the hijab restricts liberty because it is far from reality.

Our community should work to empower the women who are degraded by being forced to remove their headscarf and help to increase the awareness of the beauty behind the Veil. By enforcing these rulings, governments are acknowledging and affirming these stereotypes which only help to exclude and isolate Muslim women from their societies.

It is imperative that Muslims strive to be the face of this move towards change and the freedom of religious expression as the oppression that Muslim women face today is a result of these misconceptions and the xenophobic atmosphere in our world today.

BBC: France and Stigmatisation of Muslims

Sakina Virani
Sakina is a Sixth Form student hoping to study English Literature and is passionate about politics and the effects of Islamophobia in the West. 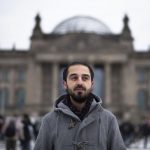