“Families should be comforted that their loved ones receive the deaths of martyrs, and that any short-comings in normal funerary rites will not affect this.” 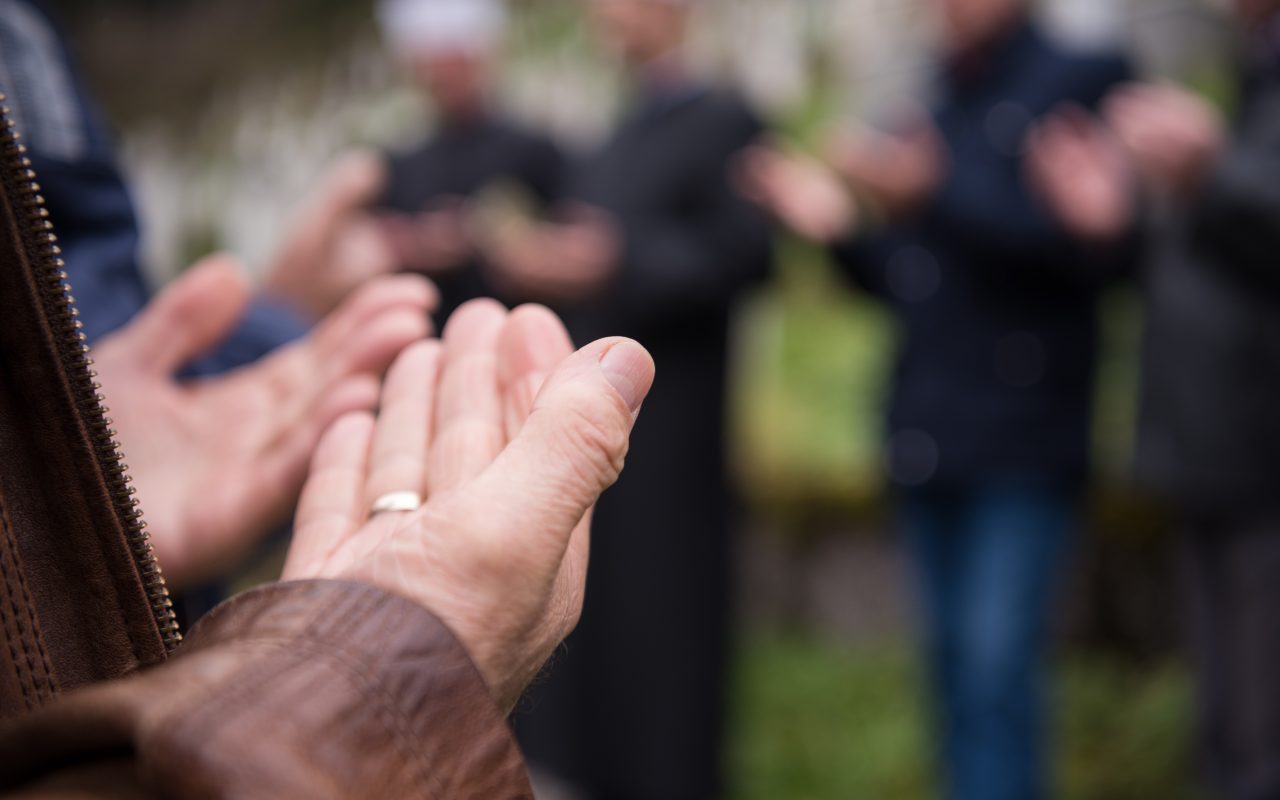 “Families should be comforted that their loved ones receive the deaths of martyrs, and that any short-comings in normal funerary rites will not affect this.”

The British Board of Scholars and Imams (BBSI) have responded to the changes and challenges that COVID-19 has brought upon society – including the issues around burials and funerals – and have published a paper on the guidelines needed for Muslim communities in Britain.

Some of the major and important points raised by the BBSI include these facts, taken from the published paper:

The Chair of the BBSI, Sheikh Dr Asim Yusuf, has stated:

The outbreak of Covid-19 presents an unprecedented national and international challenge. By combining religious and medical expertise, we hope to provide Muslims with an Islamically authentic way of navigating the outbreak in a socially responsible manner, and one that crucially limits the damage of this dreadful virus.”

The published paper in full, found here, goes through its recommended guidance in detail – providing both critical medical advice as well as spiritual help during these trying times. As part of the section titled “Counsel to the Bereaved”, the paper reads:

The death of a loved one is never easy. Despite the comfort of knowing that they are returning to their Lord in accordance with His divine Decree, grief at one’s loss is a perfectly normal response. This is even more the case in our current circumstance, where we may lose community members in large numbers. We may not also have the opportunity to bid them farewell in the traditional manner, due to fear of transmitting the virus, or adhering appropriately to government guidelines around isolating and lockdown.

Nonetheless, we take solace from the words of the Prophet (s) when he said: ‘The one who dies in a plague … dies as a martyr in the path of God.’ (Al-Bukhari, Muslim). In every distress we go through there is a divine blessing and wisdom. This narration indicates that the one who dies from an infectious disease receives the reward of a martyr, which is a tremendous rank.

The paper also deals with issues around coping with the scale of deaths, the potential spread of the virus from deceased bodies, the shortage of burial space, and what rituals might need to be adjusted during burial and funerals.

Sheikh Abdal-Haq Bewley, an executive board member of the BBSI, has stated in light of the published paper:

We need to tap into Islam’s spiritual resource to create resilience in these trying times. Through patience and prayer, we must remember the virtues of servitude, selflessness and bravery, and enact them for the common good.”

The paper makes references to the very latest guidelines from the NHS, Public Health England, the Royal College of Pathologists, and the Association of Healthcare Cleaning Professionals – highlighting their support for the public health sector as well as the heroic acts of the NHS force during the current COVID-19 pandemic.

Ustadha Rehanah Sadiq, a BBSI council member, has also been a Senior Muslim Chaplain for the Birmingham Women and Children’s Hospital since 2000. She stated:

I am awe-struck by the bravery and selflessness of our NHS. The situation is dire, and as a chaplain I have seen just how much pressure front-line workers are under. Now more than ever, we need to pull together as a nation, and do everything we can to prevent the spread of Covid-19.”