Can Islamic academia play a role in countering extremism?

There is an aspect of Muslim history that goes hugely unnoticed; the war between the academics and rebel military groups in Muslim communities. Today as groups like ISIS decimate a town, scholars can do nothing but wag their finger and condemn them from a distance. This trend of powerless academics and rebel military groups is nothing new. It began with Islamic philosophy known as falasifia. This movement took hold as Greek writings began to be translated into Arabic during the Abbasid caliphate.

These Hellenized philosophers brought the idea of personal thought and reason into an era that was deeply concerned with sola scriptura or ‘scripture only’ interpretation of the Qur’an. For the guards of Islamic thought within the palace walls, interpretation of Islam solely based on scripture was vital. As philosophy began to challenge the idea of sola scriptura, a power struggle ensued. The philosophers were accused of being everything from innovators to atheists. Free thought was suppressed as the clerics of the day wanted to hold on to power based on scripture and not reason.

There is no question that there is a war for Muslim minds and young Muslims are the target.

This set the stage for labeling anything that is deemed foreign as bi’dah or an unsanctioned innovation within Islam. This was a failed attempt by intellectuals to wrestle power away from the ruling class. Powerless academics and intellectuals who challenged the power structure were easily silenced. The only group to challenge power during this time period were the kharijites, who were not opposed to using violence to remove a leader from power. Their approach of “rebel Islam”, which removes a leader with no clear future plan is still present in the Muslim world to this day.

The opposition to the falasafia would be the clerics of the Abbasid era, today known as the salafia, who looked to return Islam to a state of orthodoxy, the orthodoxy found in the first three generations after the death of The Prophet. The salafia have a hard time grasping the idea of space-time differentials in many cases. With the new translations of Greek work came an influx of new ideas, which were not based in Islamic thought, thus a threat. The basis of the salafia is ijma’ or unanimous consensus, which is how they view the first three generations.

Logically this is flawed based on two collections of works. Ibn al-Mundhir(242-318 A.H) compiled a collection of fiqh or Islamic jurisprudence, in which ijma was the end result. The collection was called The Book of Consensus and reached about 130 pages in length. On the opposite end, Ibn Jarir al-Tabari(224-310 A.H) compiled a collection of disagreements among Muslim jurists in The Book of Disagreements, which spanned seven volumes and 3,000 pages. This monolithic worldview that the salafia imagine is simply a myth.

When academics of today such as Tariq Ramadan speak against tyranny, the result is state sponsored clerics calling them “Westernized”.

The question on the tongue and non-Muslims alike is, where is Islam today? Certainly those who do not oppose violence and brutality to overthrow governments is very alive today. Groups such as ISIS and Al-Qaeda lack the intellectual power but, posses the military might to gain power. This is a mirror of the kharijite movement, whom throughout history used violence to further political goals. Just as the yesteryear of Muslim history, the intellectuals have been pushed to the side as their voices fail to reach the masses. As the “black standard” flag is being flown by ISIS it is important to keep this in historical context. 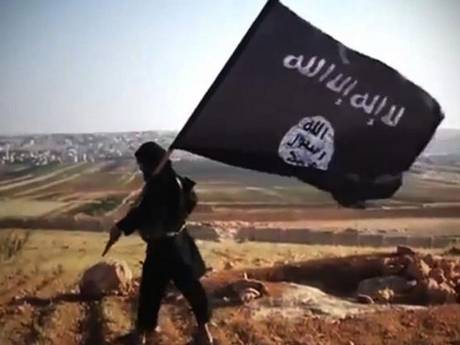 Ali, is said to have prophesied the coming of ISIS but, this is not giving Ali credit where credit is due. The Black Standard was flown in battle for centuries including by those who fought against him. Linking the kharijite and salafiya ideologies is very much based in that both point to distorted interpretations of the Qur’an to further political goals. These groups today have the benefit of free publicity from media. As this is happening the Muslim intellectuals are not given a proper platform to combat these distortions.

The rationalistic brand of Islam which rejects the idea that Islam is not out of new ideas is set aside. When academics of today such as Tariq Ramadan speak against tyranny, the result is state sponsored clerics calling them “Westernized”.  This irrational fear of the Western worlds distorting Islam is simply current power structures struggling to hold on to power. And to be clear the fear is not everything Western; Western technology and fashion can certainly be seen in the “Muslim World”. The fear for many of those who wish to hold on to power or foreign ideas. And usually these ideas are pushed by the academics and intellectuals.

Can these two groups find common ground? Can the academics/philosophers of Islam break bread with the Salafi who look towards scripture only? The basis of any philosophical tradition is to find what can be true yesterday, today, and tomorrow; truth that is unchanging. And for every Muslim this would be the Qur’an. What they differ over is the interpretation and how to balance the Islamic tradition with a pluralistic society. While one group says pluralism is welcomed and safe; the other says pluralism is a step towards unsanctioned innovation. Both sides seem to be unrelenting but, it is clear the salafi position is one that restricts creativity and rejects pluralism. The space between home and the mosque to the salafi is a cesspool of unsanctioned innovation. And this irrational fear of the unknown is crippling Muslim society and gives way for the extremism seen today.

Society now is global, the days of isolated communities is dead. The economy is global, ideas are global, and social network connects us to people we would never have met one hundred years ago. Society is pluralistic and Islam can and has survived many cultural and societal shifts. The goal for Muslims in a pluralistic society should be to find aspects in Islam that can benefit society as a whole, even for non-Muslims. The notion that Islam has to be forced on a society is incorrect.

Every Muslim and non-Muslim alike knows the name of Osama bin-Laden and Abu Bakr al-Baghdadi. The names of Muslim intellectuals such as Sherman Jackson and Aisha al-Adawiya are ignored and pushed aside. And here lies the problem, Muslims have let the kharijites take centre-stage while keeping the scholars in the classroom or YouTube. There is no question that there is a war for Muslim minds and young Muslims are the target.