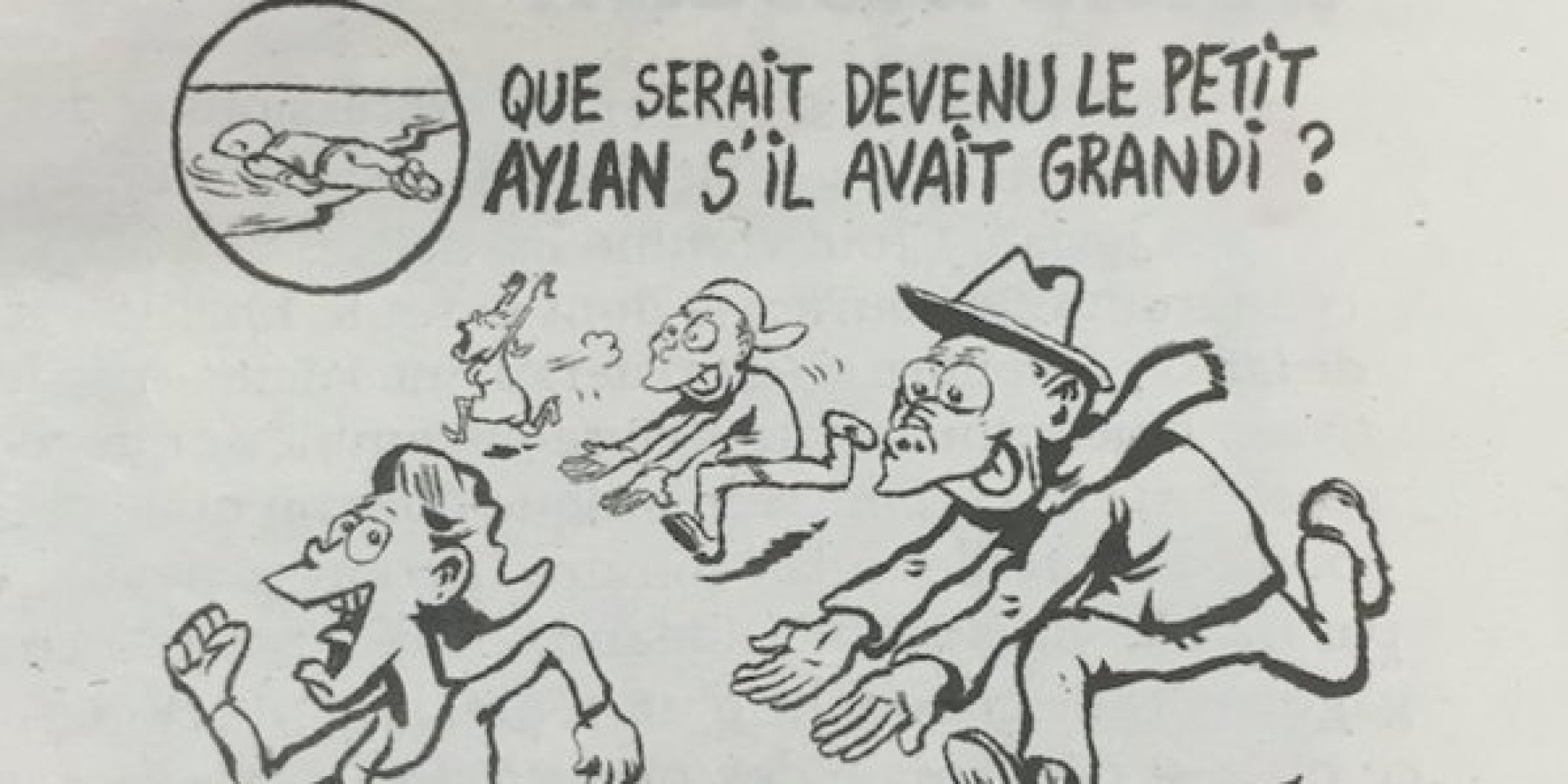 Just five months ago, he was the Little Angel. Washed ashore, lifeless on a Turkish beach, three year old Aylan Kurdi became a symbol of our shameful response towards the refugee crisis. The tragic image broke our hearts, caused an international outcry and opened our borders (some of them, at least) to the wave of refugees arriving in Europe. Even the most staunch anti-immigration journalists were, even if only temporarily, moved by the plight of this young child. Because childhood is associated with innocence. And nobody could blame the young boy for any of the apparent problems posed by the influx of migrants…or so we thought.

This week, Charlie Hebdo, on the anniversary of the equally tragic attacks on their offices last year, decided to draw the grown-up Aylan Kurdi. The innocence that was portrayed across international news last September has disappeared, and he is now depicted as a pig-faced groper chasing German women. The caption reads “What would Aylan have grown up to be? A groper in Germany”.

The depiction refers to the recent news from Cologne that suggests some Arab and North African men coordinated a harassment of women on New Years’ Eve, which has resulted in a rethinking of Germany’s policies towards migrants, and numerous protests across the Western European nation.

Of course, the cartoon has received widespread criticism. Some have branded it racist, Islamophobic, and outrageous. It even managed to shock the Daily Mail, which says a lot. As expected, there has also been a flurry of support for the cartoon. Some have defended the cartoonists’ right to freedom of speech – it was, of course, only a year ago that the whole Western world stood united in saying “Je Suis Charlie”.

Others have suggested that critics of the cartoon have solely failed to understand the satire behind it, insomuch as rather than mocking Aylan and the refugees, Charlie Hebdo are instead mocking the fickleness of those who were torn by the plight of the drowned child five months ago, yet have now adopted a knee-jerk response to the Cologne attacks in asking for the borders to be closed and for refugees to be deported out of Germany. They therefore propose that instead of condemning the cartoon, we should laugh at it.

Forgive me for not finding a cartoon of a three year old lifeless child resurrected as a groper worthy of laughter. I do not doubt the intentions of the cartoonist, and it may well be that the cartoon is a satirical piece. But that does not, in my opinion, justify the blatant racial undertones it holds whilst masquerading itself under the guise of freedom of speech and satire. Even if the cartoon doesn’t meet the murky criteria that define what constitute racism, xenophobia or hate speech, it is at the very least offensive and distasteful, as demonstrated by the reaction from Aylan’s aunt, who described it as “disgusting”, but admirably proposed that we should just ignore it. I fear that we have become so busy championing freedom of speech, that we have overlooked the gravity of the responsibility that comes with the pen, instead condoning and propping up any bold writer, cartoonist or speaker that dares to stir up controversy.

Perhaps the most profound argument against the cartoon comes from Garry Trudeau, the American cartoonist famous for the Doonesbury comic strip. He made the following remarks back in April last year:

“Traditionally, satire has comforted the afflicted while afflicting the comfortable. Satire punches up, against authority of all kinds, the little guy against the powerful…Ridiculing the non-privileged is almost never funny—it’s just mean…By punching downward, by attacking a powerless, disenfranchised minority with crude, vulgar drawings closer to graffiti than cartoons, Charlie wandered into the realm of hate speech.”

Charlie Hebdo may not be directing their criticism towards refugees or Muslims. I can even entertain the proposal that they may be attempting to do quite the opposite. But unfortunately, the mechanism in which they achieve this ends up wounding the prey as much as the predator. Whether the victims are refugees, Muslims or any other disenfranchised minority in the West is irrelevant – in the current climate, what we need is community cohesion and integration, and such cartoons only serve to make these more challenging. To quote Garry Trudeau again, “It’s not easy figuring out where the red line is for satire anymore. But it’s always worth asking this question: Is anyone, anyone at all, laughing? If not, maybe you crossed it.” 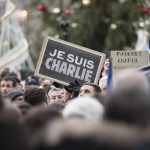