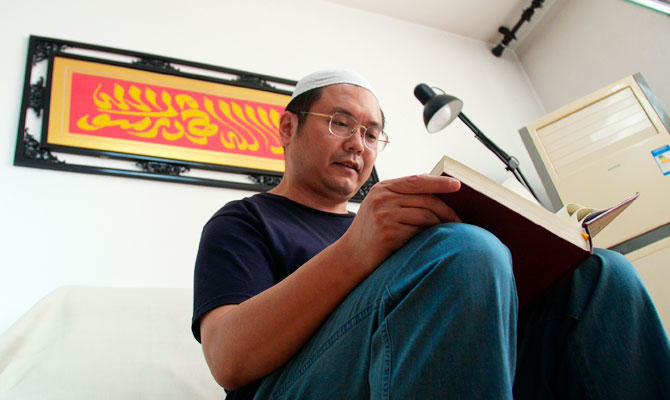 Chinese authorities have arrested a prominent Hui Muslim poet, Cui Haoxin, for reportedly speaking out against the horrifying Uyghur concentration camps across the northwestern province of Xinjiang. Known by his pen name An Ran, the poet, who himself comes from an ethnic Chinese Muslim background, was detained by authorities in the capital of the eastern province of Shandong on Friday, when families had gathered outside to celebrate the Chinese Lunar New Year.

Hui Muslims are an East Asian ethnic group who mainly follow Sunni and Sufi branches of Islam, with a population of around 10.5 million. Concentrated heavily around the region of Ningxia, Hui Muslims are China’s third largest ethnic group and have, along with their Uyghur Muslim brothers and sisters, begun to see China’s genocide creep into their own communities.

On January 12th Cui posted to his Twitter account about the story of one Hui Muslim woman who was detained in China’s concentration camps in Xinjiang. She was reportedly detained while back in China for a vacation from her studies in the United States. Addressing this along with other issues of repression by Chinese authorities, Cui wrote:

There are about one million Hui Muslims in #Xinjiang…there are several hundred mosques and facing the destruction on the large scale. The Xinjiang model is not a distant rumor. Muslim minorities live in the surveillance and fear.”

On Twitter, Cui also referred to the story of his Hui Muslim friend, who had filmed and posted a video showing large-scale demolitions of mosques in the western province of Gansu, in the Linxia Hui Autonomous Prefecture. After posting the video on WeChat, his friend was reportedly contacted and detained by Chinese authorities.

Cui himself was also reportedly sent on a week-long “re-education” course in eastern China before his most recent arrest, where he was detained because of certain points made in his poetry and writings that referenced Xinjiang. He has reportedly been detained on suspicions of “picking quarrels and stirring up trouble”, a line often used to detain those peacefully and politically opposed to the ruling Chinese Communist Party.

China is detaining up to 2 million Uyghur and other ethnic minority Muslims in concentration camps across the province of Xinjiang. Detained for arbitrary reasons such as having conservative appearances like a beard or hijab, many are detained on ‘suspicions’ based on little to no evidence of being heavily religious. Once inside these camps, which China has been calling “re-education camps”, most are subject to forced reversions away from Islam, physical and psychological torture, mass rape, forced sterilizations, and even death. Radio Free Asia has confirmed dozens of cases of deaths within the camps as a result not of torture, but of “willful negligence” – meaning the sanitation and health within the camps must be deteriorating or within bounds of severe human rights violations.

As China continues to deny the genocide being conducted against the Uyghur and ethnic minority Muslims, the international community has been slow to criticize China and defend the rights of those being taken into what is being reported as the largest mass incarceration of peoples since the Holocaust itself. We must ensure we raise awareness, write to our politicians, and elect those in government who will not shy away from criticizing a country in the midst of one of modern history’s most atrocious acts of human rights violations.