“This is a Dangerous Feat to Forget”: The Tragic Story of the Forgotten Brave Muslims of World War 1

Like millions of others who put their lives on the line for Britain, my great-grandfather was one of South Asia’s forgotten heroes.

Like millions of others who put their lives on the line for Britain, my great-grandfather was one of South Asia’s forgotten heroes.

I cannot begin to imagine the horrors my great-grandfather faced in the trenches of World War I. The landscape of pits, rubble and craters is one that still scars France today. Images of the Great War ripple through the decades, spilling into our collective memories. But when most people think of the soldiers in the conflict, I doubt it is the face of my great-grandfather who comes to mind.

My great-grandfather was a Muslim Indian.

Like millions of others who put their lives on the line for Britain, my great-grandfather was one of South Asia’s forgotten heroes. He was a brave man who cared deeply for the soldiers serving alongside him. A proud Muslim. I began to research him in the hope of uncovering my own family’s history. Instead, I discovered one of the greatest tragedies of the 20th century.

Muslims are too often painted as ‘other’ in Britain, particularly in the wake of the EU referendum. Those who are ‘other’ are often estranged from history, painted as antagonists in the stories and tales that become a skewed narrative of the past. Not only did two and a half million Muslims fight for Britain in the Great War, but they did so with great courage, bravery, and fraternity towards their Christian brothers in arms. These are men who lived together and died together, asking to be buried together in their final moments. And they would do so again in World War II, uniting against the Nazis in numbers of well over five million.

So why then has history forgotten them? Why have their names been obscured by those of their Western brothers? Why have their faces disappeared from public memory? The tragedy does not end with Muslim allegiance to Britain simply being forgotten with the passing of time. The tragedy began before peace had even been declared.

My great-grandfather changed the war for Britain. Not only did he fight on both fronts, he acted as the main ambassador between the British and King Hussein and Mecca,  ensuring that the King stood with Britain against the Ottomans. Not only did he ensure the allegiance, but he played a crucial role in uniting Muslims against German propaganda. He enjoyed the ‘complete confidence of his officers’ and was considered ‘the best man for the job’ for his role in the Arab Revolt. His service was so great that he was personally commended to the British foreign secretary as one of the most trusted and valuable members of the British Indian Army. But he was to die an unrewarded man, and never given the Military Cross promised to him.

Of the 3,792 Military Crosses given out over the conflict, only eight would be given to Muslim soldiers. Perhaps this can be put down to the colonialist attitudes of the British, the confusion of war, or simply the oversight of a crumbling Empire. Many were promised recognition, but few received it. After such bravery and sacrifice to Britain, that must have been heartbreaking.

So great was the outrage that the Indian Office wrote to the Foreign Secretary again in 1924, stating some damning words across a 13-page letter against the British oversight of Gul Mawaz Khan:

“I am writing to inform you of an unintentional injustice that has been done against a very loyal Indian Officer… he has seen no recognition whatsoever… he has been badly treated… he has suffered a great deal and has received no compensation. His disappointment is keen… In these serious times in India, those who are loyal and true deserve the full thanks and recognition of the government… any recognition would not only be justified but good policy.”

My Foundation aims to see these brave Muslims honoured and recognised through research and raising awareness of men like my great-grandfather. We cannot allow this injustice to continue. By ensuring that the national curriculum reflects the efforts of Muslims and other minorities in the conflict, as well as making the stories of brave individuals known, we can safeguard the memory of these men for generations to come.

We all have a duty to put right this wrong and make sure that our education and media fully reflects our long and integral connection with Britain as allies, as friends, and as comrades.

Please encourage your representatives in Parliament and beyond to make the case for a national curriculum which ensures the sacrifices and courage of all those who have served, irrespective of religion, race or gender, can never be forgotten. 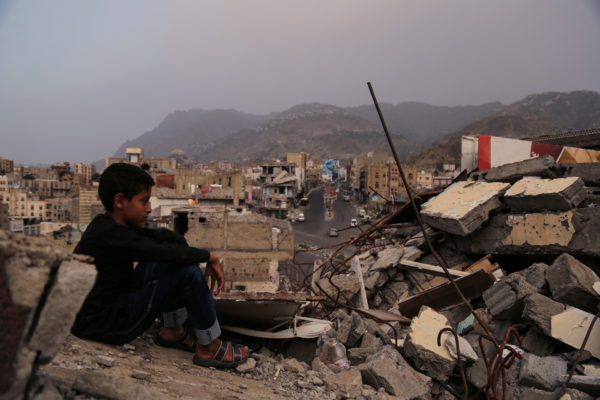 The Quranic Concept of War and Peace: Has Modern Warfare Any Place?

Opinion: Understanding The Hypocrisy Of Geo-Politics

Mirrors for the Prince
11th January 2022