Faith communities unite in Barnet to battle against Islamophobia 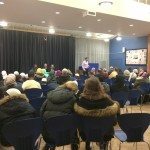 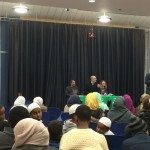 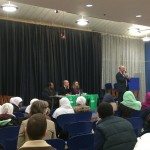 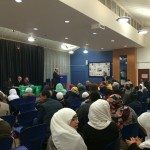 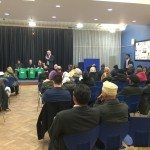 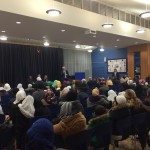 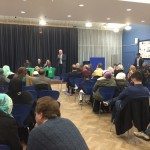 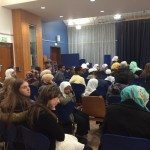 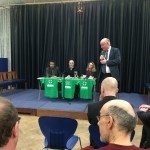 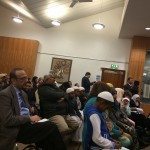 Islamophobia has risen in London in a blow to the capital’s multicultural credentials, while attacks on the Jewish community have also escalated. Statistics indicate that hate crimes are up five percent since 2013.

A fire destroyed Al-Rahma Islamic Centre in North London during the month of Ramadan 2013. The hate crime is deemed to have been a response to the killing of Lee Rigby; police treated the fire with suspicion, concluding the arson attack to be an act of Islamophobia. The Somali Bravanese Welfare Association (SBWA) ran Al-Rahma Islamic Centre, as a mosque, a meeting place, and an after school club for young children.

Amina Karmany, a fourteen year old, spoke on behalf of the young children within her community. She explained that they were saddened by the horrific and foolish act, which took place on the 6th of June 2013. “How can someone do this to us?” Karmany questioned. The centre meant a lot to her and many families, she recalled the date of the attack and said, “I was shocked and saddened, I grew up in the centre, made new friends who have now become family, the centre was a second home to us.”

On Tuesday 27th of January, Barnet Citizens organised a multi-faith meeting to show Barnet Police and Metropolitan Police that many of the North London faith groups support SBWA. “The centre belonged to the whole community, so when you’re destroying the centre you’re destroying the whole community, it hasn’t only effected the Somali Muslim community, but the local community and neighbourhood has also been affected, by fear and shock” said Abu Baker Ali, a chairman at SBWA. Mr Ali continued to say that the arson attack has only united the communities, and “brought all the multi-faith communities together.”

The SBWA had a meeting with the Metropolitan Police Counter Terrorism branch and Barnet Police, they have been waiting for over 18 months and they still haven’t received a full report on the status of the police investigation.

Barnet Police Commander Adrian Usher stated “the investigation hasn’t been slow,” reassuring the audience that they are working extremely hard. “Not only because it was in the public eye, but it was a hugely important investigation to reassure people not only locally, but at that time nationally. Shortly after the attack of Lee Rigby, London was holding its breath and thankfully communities came together.”

Disappointed at the failure of either Barnet Police or Metropolitan Police to report back to them, members of the community spoke about their recovery from the devastation caused by the arson attack, as it destroyed 20 years worth of memories, work, materials and data. “We are all fearful of the rise of hatred, anti-Muslim prejudice, and anti-Semitism in the UK. However, events like this are exactly what we need to do, to counter this, and show that our communities are working on a united front” said Mustafa Field, chairmen of Love Muhammad. Barnet, being a highly diverse multi-ethnic and faith borough, haven’t allowed the despicable act to divide them; rather, it has brought them closer as a community.

Rabbi Miriam Beger, a Rabbi at Finchley Reform Synagogue, stated that interfaith gatherings are “vital, as hate is read by ignorance. What tonight proved is that actually, we have a lot in common. Our worries within our communities are the same.” The Abrahamic faiths share a common message; “Love your neighbour as yourself,” which is an ethos that was on display at the event. Mr Field believes that “people of faith need to reach out beyond the walls of their institutions,” and the meeting held represented the significance of multi-faith events as the Muslim and Jewish community were standing side by side.