Here’s How India is Rendering Some Muslim Citizens Stateless

The government of India, under the directions of its apex court, employed 52000 officials, spending around 12 billion Indian rupees over a time span of 3 years, to identify its actual citizens from Bangladeshi migrants landed over the region in course of time through the open borders it shares with present-day Bangladesh.

The bordering state of Assam was an easy station for the people of eastern Bengal to find better jobs during the colonial reign of the British Empire, since the East India Company established its rule in the Bengal region after the battle of Plassi in 1757. Later, when Assam also came under the British rule, the British brought a number of Bengali settlers with them, mostly Muslims, who brought their fellows for purely economic reasons to Assam. 85% of these settlers were Muslims who were employed by tea planters and Marwari businessmen. In 1904 the then viceroy of India, Lord Cruzon, divided Bengal into three administrative provinces; East Bengal, West Bengal, and Assam. 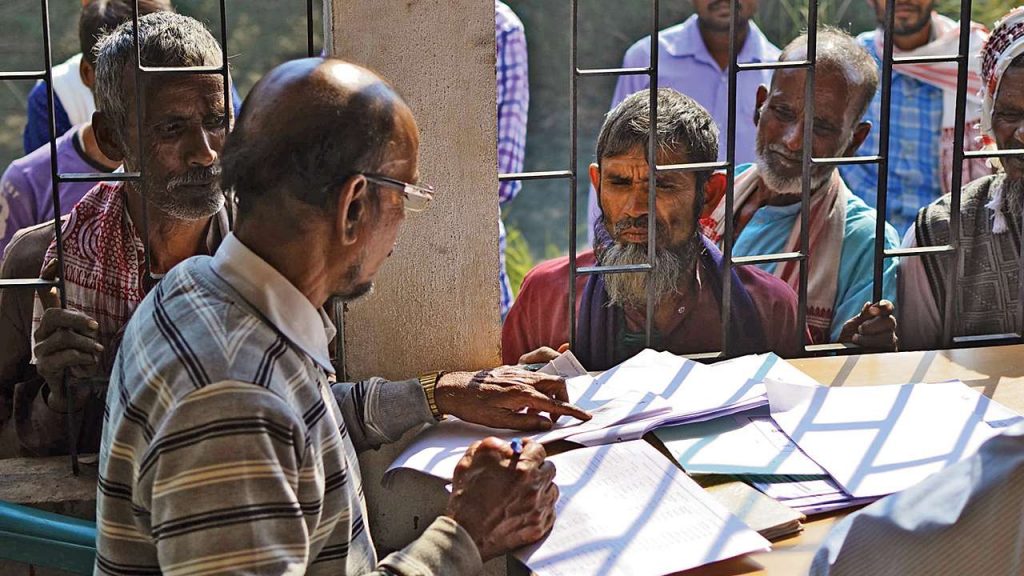 India, under the leadership of the then Prime Minister Mrs. Indira Gandhi, was very instrumental and a catalyst in liberating Bangladesh (Land of the Bangla speaking people – which was earlier known as Eastern Pakistan and East Bengal interchangeably) from the clutches of Pakistan in 1971. People in large numbers, mostly Muslims, started to flee the war-torn country to eke out livelihood and better living conditions. By this time Muslims had been a constituting majority in 6 out of 27 districts of Assam. This rose to 9 during the late 70s, spawning concerns of a demographic change of the region into a Muslim majority. The Assam movement (1979-85), which demanded the deportation of illegal migrants from Assam, culminated in the Assam Accord with Prime Minister Rajiv Gandhi and President of India as signatories, which put forward the motion of distinguishing actual citizens from migrants and sending the migrants back to their origin countries.

In 2014, the Supreme Court of India directed that NRC needed to be carried out in Assam, and a law pertaining to the citizenship of India had been duly amended by the parliament to confer that citizenship was only for those born within the territory of India, with either of his/her parents needing to be Indian citizens and not illegal migrants, thus ensuring that those came to India after 1971 from Bangladesh and their heirs cannot be ascertained as Indian citizens.

The latest NRC process which has been carried out by ruling federal governments and the state under the Bharatity Janata Party (BJP) – notorious for its far-right positions against Muslims in particular – has widely politicized the process as to assist in the upcoming national election in 2019 by whipping up communal sentiments of majority Hindus. Though people from across the country including the chief minister of West Bengal, Mrs. Mamta Banarjee, have come up in defense of those being left out of the final draft, offering to providing them the shelter if Assam does not, which easier said than done, a kind of insecurity is being crept in those left out of the register. Those who are currently not included in NRC are given an option of approaching foreign tribunals to complain of the omitting of their names due to the failure in proving their lineage to prior 1971, or inheritance of those registered in the NRC during the census of 1951. 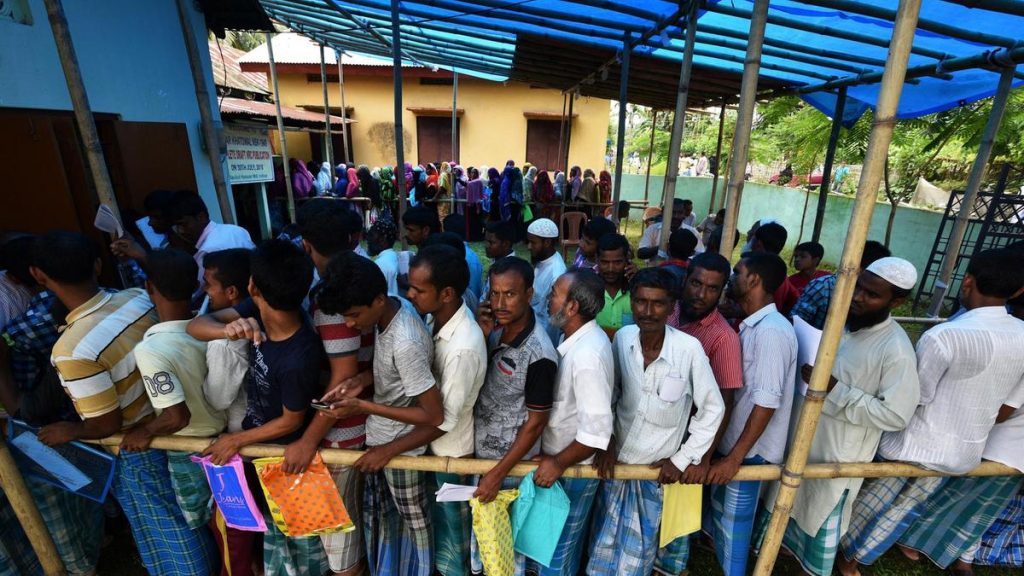 As a matter of interest, those omitted people include the family inherent of former Indian president Faqruddin Ali Ahmed and an elected legislature to the state assembly under the banner of All India United Democratic Front (AIUDF).

Bangladesh has unequivocally denied any possibility of taking those people back into its fold.

These “migrants” have been considering themselves Indian as they have been born and brought up in India for three or four consecutive generations, and are actively participating in its electoral process. They lived on this land throughout their lives and are all of a sudden shown the way out, finding themselves missing in the draft and thereby rendered stateless.

Opposition parties like the Indian Union Muslim League are cautioning the government of isolation in international fora on the issue for creating such an influx in the number of stateless people for short-term internal political gain, which may attract mass uprising in the region.