Donald Trump has proposed to stop immigration “from any nation that has been compromised by terrorism.” The statement has since disappeared from his website and he has not explicitly stated which countries but we can assume he means areas of the world where there is a proven history of terrorism against the United States. Here is a map showing which countries these are; the list of countries is taken from the State Department’s annual report of global terrorist activity.

Trump believes America has an issue with terrorism. After the San Bernadino attacks, Trump stated; “Without looking at the various polling data, it is obvious to anybody the hatred is beyond comprehension. Where this hatred comes from and why, we will have to determine. Until we are able to determine and understand this problem and the dangerous threat it poses, our country cannot be the victims of horrendous attacks by people that believe only in Jihad, and have no sense of reason or respect for human life.”

Let’s look at the facts. Of the more than 300 American deaths from political violence and mass shootings since 9/11, only 33 have come at the hands of Muslim-Americans, according to the Triangle Center on Terrorism and Homeland Security. 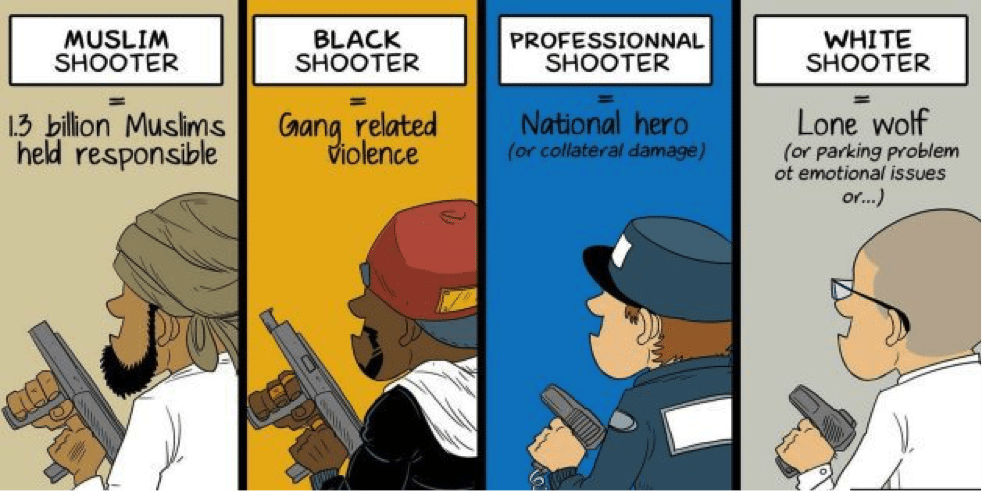 Can Trump really ban Muslims from entering the US?

Yes. Under U.S. Code, the president does have the authority to keep anyone out of the country, for any reason he thinks best. “Whenever the President finds that the entry of any aliens or of any class of aliens into the United States would be detrimental to the interests of the United States, he may by proclamation, and for such period as he shall deem necessary, suspend the entry of all aliens or any class of aliens as immigrants or non immigrants, or impose on the entry of aliens any restrictions he may deem to be appropriate.”

This kind of thing has happened before; in the late 1800s, Congress passed legislation broadly aimed at halting the immigration of Chinese laborers. Those were not fully repealed until 1943. Quotas limiting immigration based on race and national origin were also enacted in the early 1900s. Racial quotas were repealed in 1952, and those limiting people based on national origin were eliminated in 1965.

What would be the economic impact of such a ban?

Travel and tourism are the second largest source of exports of goods and services in the U.S. economy. The Muslim travel market accounted for $145 billion of total international tourism spending in 2015 and the US received a 24% share or almost $35 billion*. The size of the total US travel market is about $341 billion, so the US would loose about 10.2% of its travel market.

Each year, thousands of students from the Middle East go to American universities and college for a high quality education, paying steep tuition prices. The Middle East contributes about 15 percent of the total foreign student spending, or $4.6 billion*.

Also, take into account weakening foreign investment as foreign business travellers face new hurdles in reaching the United States. What would be the economic impact of that? It’s hard to say.

Our estimate is the direct loss of spending due to a Muslim travel ban would be at least $39.6 billion per year. If you take into account the indirect and spillover effects that this would have on the economy, this number could increase up to 1.5 to 2 times more.

*All facts and figures are sourced from the U.S. Travel Association and The Economic Impact of Muslim Tourism on the United States 2015 -2016 research paper.

Zain and Huda, an American Muslim couple, launched MuslimTravelers in 2012 after getting fed up with the negative portrayal of Muslims in the media. The 28-year-olds have jet-set to over 50 countries across the globe with the goal of shattering stereotypes around Muslims.