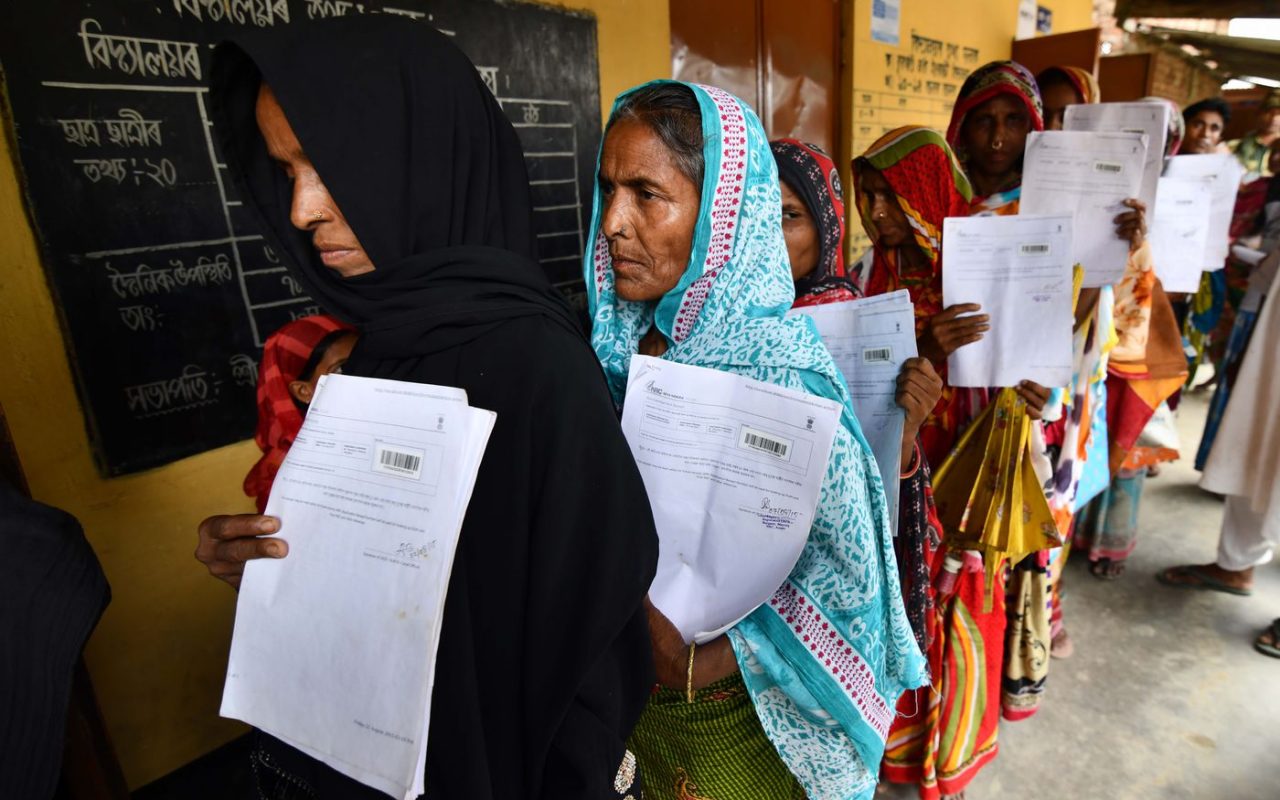 Based off of a controversial citizenship list published by the Indian government last month, nearly 2 million mainly Muslim people in the northeastern state of Assam in India have been stripped of citizenship, essentially leaving them stateless. To house these now stateless people, the Indian government is moving to build numerous massive detention camps across the province, with plans to build more camps across the entire country.

The first detention camp under construction is located in the lower Assam area in Matia, about 80 miles west of the state’s largest city Guwahati. This detention camp can house up to around 3,000 people, and cost around $6.5 million to build. Authorities are claiming the detention camp will be fully functional and ready to operate by early 2020.

These horrifying detention camps are being built to house the now 2 million stateless people in the state of Assam, most of whom are Muslim, simply because their names now do not appear on India’s National Register of Citizens (NRC). India claims that the majority of those living in the state of Assam are actually foreigners who are illegally living in India, stating that many are in fact Muslim families who have originally come from neighboring Bangladesh.

The state of Assam in northeastern India has long been a hub for an influx of labor, dating back to the 1800’s when the British colonialists set up massive tea plantations. In order to operate these massive tea plantations, the British encouraged and brought in waves of laborers, from both surrounding Indian provinces as well as from areas that are now Bangladesh and Nepal. With India’s independence in 1947, new borders were drawn up and eventually the independent countries of Bangladesh and Nepal were formed – but the laborers who continued to work in the state of Assam stayed in India, after all Assam was now their new home.

The threat of radical Hindu nationalism has long been a worry in states like Assam, where tensions between local Hindus and Muslims sometimes turn bloody. In India’s original publication of the NRC, 4 million people were not on the list – which included many Hindus of Bengali origin in Assam. After a high-profile outcry from both local and national politicians, backed by the Modi-led Bharatiya Janata Party, the Indian government re-published a new and final version of the NRC, this time denying 2 million mainly Muslims of historic Bengali-origin from citizenship.

Despite warnings from human rights groups, India continues to move ahead with the construction of detention camps for the stateless, which will include boundary walls and watch towers that surround the camps. As of now, there are currently six prison camps in place, located in Kokrajhar, Goalpara, Jorhat, Tezpur, Dibrugarh, and Silchar.

Amnesty International has called upon the Indian government to seriously reconsider the building of these detention camps, citing a severe mishandling of human rights. According to the human rights group, there have been already 16 reported cases of people committing suicide in fear of losing their citizenship and being sent to these camps.

As of now, for those stripped of citizenship in Assam, the local government is allowing people to come forward with proof of citizenship, such as a written birth certificate or land deed. Many of those in Assam however, whom have lived in the state for generations, simply do not have written records. A quarter of the population in Assam remain illiterate, making the task of somehow proving citizenship a near impossible task.

Modi’s radical Hindu-nationalist government continues to move with impunity, and with the ongoing crisis in Kashmir, many have turned a blind eye to this growing humanitarian crisis in Assam. India’s under-reported crisis in the northeast is moving rapidly, with 2 million at risk of severe human rights abuses.