The leader of the Islamic revolution has written a letter addressing young people in the West, following the terrorist attacks in France and rising anti-Muslim sentiment. This is the second time the supreme leader has directly addressed the youth of the west this year.

The letter reads as follows:

In the Name of God, the Beneficent, the Merciful

To the Youth in Western Countries,

The bitter events brought about by blind terrorism in France have once again, moved me to speak to you young people. For me, it is unfortunate that such incidents would have to create the framework for a conversation, however the truth is that if painful matters do not create the grounds for finding solutions and mutual consultation, then the damage caused will be multiplied.

The pain of any human being anywhere in the world causes sorrow for a fellow human being. The sight of a child losing his life in the presence of his loved ones, a mother whose joy for her family turns into mourning, a husband who is rushing the lifeless body of his spouse to some place and the spectator who does not know whether he will be seeing the final scene of life- these are scenes that rouse the emotions and feelings of any human being. Anyone who has benefited from affection and humanity is affected and disturbed by witnessing these scenes- whether it occurs in France or in Palestine or Iraq or Lebanon or Syria.

Without a doubt, the one-and-a-half billion Muslims also have these feelings and abhor and are revolted by the perpetrators and those responsible for these calamities. The issue, however, is that if today’s pain is not used to build a better and safer future, then it will just turn into bitter and fruitless memories. I genuinely believe that it is only you youth who by learning the lessons of today’s hardship, have the power to discover new means for building the future and who can be barriers in the misguided path that has brought the west to its current impasse. 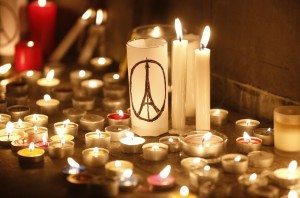 Today, there are very few people who are uninformed about the role of the United States of America in creating, nurturing and arming al-Qaeda, the Taliban and their inauspicious successors. Besides this direct support, the overt and well-known supporters of takfiri terrorism- despite having the most backward political systems- are standing arrayed as allies of the west while the most pioneering, brightest and most dynamic democrats in the region are suppressed mercilessly. The prejudiced response of the west to the awakening movement in the Islamic world is an illustrative example of the contradictory western policies.It is correct that today terrorism is our common worry.

However it is necessary for you to know that the insecurity and strain that you experienced during the recent events, differs from the pain that the people of Iraq, Yemen, Syria and Afghanistan have been experiencing for many years, in two significant ways. First, the Islamic world has been the victim of terror and brutality to a larger extent territorially, to greater amount quantitatively and for a longer period in terms of time. Second, that unfortunately this violence has been supported by certain great powers through various methods and effective means. 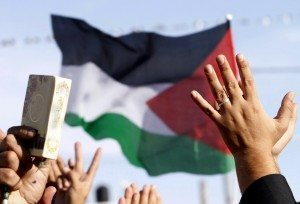 This regime- without ever being seriously and significantly censured by its influential allies or even by the so-called independent international organizations- everyday demolishes the homes of Palestinians and destroys their orchards and farms. This is done without even giving them time to gather their belongings or agricultural products and usually it is done in front of the terrified and tear-filled eyes of women and children who witness the brutal beatings of their family members who in some cases are being dragged away to gruesome torture chambers. In today’s world, do we know of any other violence on this scale and scope and for such an extended period of time?

The other side of these contradictory policies is seen in supporting the state terrorism of Israel. The oppressed people of Palestine have experienced the worst kind of terrorism for the last sixty years. If the people of Europe have now taken refuge in their homes for a few days and refrain from being present in busy places- it is decades that a Palestinian family is not secure even in its own home from the Zionist regime’s death and destruction machinery. What kind of atrocious violence today is comparable to that of the settlement constructions of the Zionists regime? 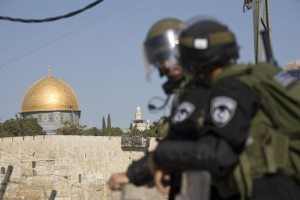 Shooting down a woman in the middle of the street for the crime of protesting against a soldier who is armed to the teeth- if this is not terrorism, what is? This barbarism, because it is being done by the armed forces of an occupying government, should not be called extremism? Or maybe only because these scenes have been seen repeatedly on television screens for sixty years, they should no longer stir our consciences.

The military invasions of the Islamic world in recent years- with countless victims- are another example of the contradictory logic of the west. The assaulted countries, in addition to the human damage caused, have lost their economic and industrial infrastructure, their movement towards growth and development has been stopped or delayed and in some cases, has been thrown back decades.

Despite all this, they are rudely being asked not to see themselves as oppressed. How can a country be turned into ruins, have its cities and towns covered in dust and then be told that it should please not view itself as oppressed? Instead of enticements to not understand and to not mention disasters, would not an honest apology be better? The pain that the Islamic world has suffered in these years from the hypocrisy and duplicity of the invaders is not less than the pain from the material damage.

Unfortunately, these roots have taken hold in the depths of western political culture over the course of many years and they have caused a soft and silent invasion. Many countries of the world take pride in their local and national cultures, cultures which through development and regeneration have soundly nurtured human societies for centuries. The Islamic world is not an exception to this. However in the current era, the western world with the use of advanced tools is insisting on the cloning and replication of its culture on a global scale. I consider the imposition of western culture upon other peoples and the trivialization of independent cultures as a form of silent violence and extreme harmfulness.

Dear youth! I have the hope that you – now or in the future – can change this mentality corrupted by duplicity, a mentality whose highest skill is hiding long-term goals and adorning malevolent objectives. In my opinion, the first step in creating security and peace is reforming this violence-breeding mentality. Until double-standards dominate western policies, until terrorism- in the view of its powerful supporters- is divided into “good” and “bad” types, and until governmental interests are given precedence over human values and ethics, the roots of violence should not be searched for in other places.

Humiliating rich cultures and insulting the most honored parts of these, is occurring while the alternative culture being offered in no way has any qualification for being a replacement. For example, the two elements of “aggression” and “moral promiscuity” which unfortunately have become the main elements of western culture, has even degraded the position and acceptability of its source region.

So now the question is: are we “sinners” for not wanting an aggressive, vulgar and fatuous culture? Are we to be blamed for blocking the flood of impropriety that is directed towards our youth in the shape of various forms of quasi-art? I do not deny the importance and value of cultural interaction. Whenever these interactions are conducted in natural circumstances and with respect for the receiving culture, they result in growth, development and richness. On the contrary, inharmonious interactions have been unsuccessful and harmful impositions. 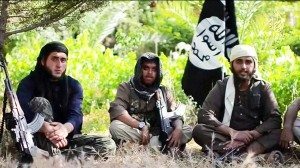 We have to state with full regret that vile groups such as DAESH are the spawn of such ill-fated pairings with imported cultures. If the matter was simply theological, we would have had to witness such phenomena before the colonialist era, yet history shows the contrary. Authoritative historical records clearly show how colonialist confluence of extremist and rejected thoughts in the heart of a Bedouin tribe, planted the seed of extremism in this region. How then is it possible that such garbage as DAESH comes out of one of the most ethical and humane religious schools who as part of its inner core, includes the notion that taking the life of one human being is equivalent to killing the whole humanity?

One has to ask why people who are born in Europe and who have been intellectually and mentally nurtured in that environment are attracted to such groups? Can we really believe that people with only one or two trips to war zones, suddenly become so extreme that they can riddle the bodies of their compatriots with bullets? On this matter, we certainly cannot forget about the effects of a life nurtured in a pathologic culture in a corrupt environment borne out of violence. On this matter, we need complete analyses, analyses that see the hidden and apparent corruptions. Maybe a deep hate- planted in the years of economic and industrial growth and borne out of inequality and possibly legal and structural prejudice- created ideas that every few years appear in a sickening manner.

Superficial measures and reactions, especially if they take legal forms, will do nothing but increase the current polarizations, open the way for future crises and will result in nothing else. According to reports received, some countries in Europe have issued guidelines encouraging citizens to spy on Muslims. This behavior is unjust and we all know that pursuing injustice has the characteristic of unwanted reversibility. Besides, the Muslims do not deserve such ill-treatment.

For centuries, the western world has known Muslims well- the day that westerners were guests in Islamic lands and were attracted to the riches of their hosts and on another day when they were hosts and benefitted from the efforts and thoughts of Muslims- they generally experienced nothing but kindness and forbearance.In any case, you are the ones that have to uncover the apparent layers of your own society and untie and disentangle the knots and resentments.

Fissures have to be sealed, not deepened. Hasty reactions is a major mistake when fighting terrorism which only widens the chasms. Any rushed and emotional reaction which would isolate, intimidate and create more anxiety for the Muslim communities living in Europe and America- which are comprised of millions of active and responsible human beings- and which would deprive them of their basic rights more than has already happened and which would drive them away from society- not only will not solve the problem but will increase the chasms and resentments.

Therefore I want you youth to lay the foundations for a correct and honorable interaction with the Islamic world based on correct understanding, deep insight and lessons learned from horrible experiences. In such a case and in the not too distant future, you will witness the edifice built on these firm foundations which creates a shade of confidence and trust which cools the crown of its architect, a warmth of security and peace that it bequests on them and a blaze of hope in a bright future which illuminates the canvass of the earth.