Fighting ignorance and Islamophobia with peace-signs and selfies in Antwerp

On the 14th-15th May, the third annual Muslim Expo was held in Antwerp – a lifestyle event for Muslims with stalls, panels, workshops, performances, and even a spiritual keynote speech about time management.

But according to the far-right group Vlaams Belang there is something much more sinister going on. Vlaams Belang originated from Vlaams Blok, which adopted its new name and changed some controversial parts of its statute after a trial in 2004 condemned the party for racism. Most other parties have continued the cordon sanitaire which was originally agreed on against the former party, effectively blocking the Vlaams Belang from any executive power.

“This fair about Islam is one where they speak about segregation instead of integration”, says Filip Dewinter, head of the delegation. “They only want one thing: to continue to impose Islam on our society. Whoever wants to know how youngsters get radicalized, I advise them to visit this fair.”

Around forty members of Vlaams Belang gathered yesterday afternoon for two hours in front of the exhibition centre with placards reading “Stop Islam” and others protesting against the headscarf. There were also militants from another racist group “Voorpost” to hand out pork sausages to Muslims who were visiting the fair. According to De Standaard, the supporters of Vlaams Belang were attacked with eggs by residents from surrounding apartments.

The visitors of the fair however didn’t mind the protestors and enjoyed their visit. One exception however, Zakia Belkhiri who decided the best way to deal with them was to take a pictures with them.

Photographer Jurgen Augusteyns saw Zakia, amongst others, cheerfully taking selfies with the protestors and and captured the scene perfectly.

See the rest of the Jurgen Augusteyns’ photos of the demonstration below and check out more of his work on his website. 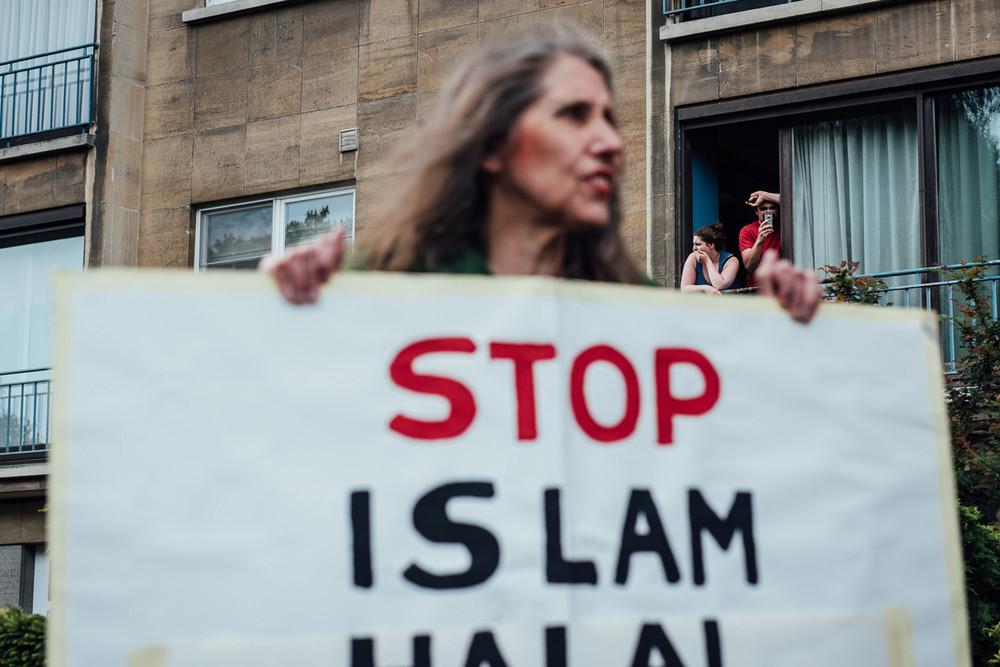 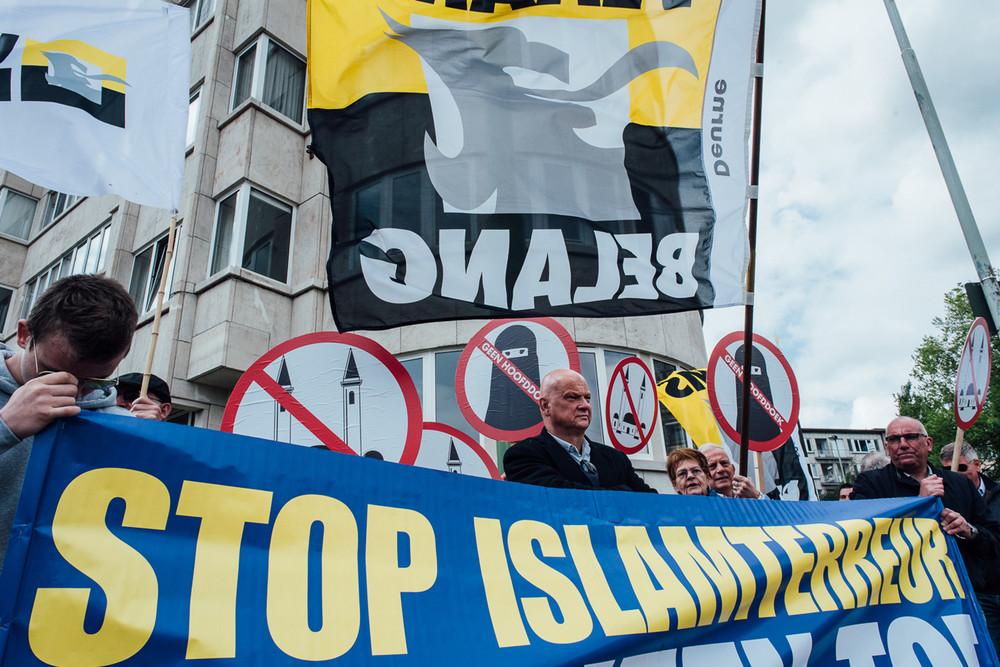 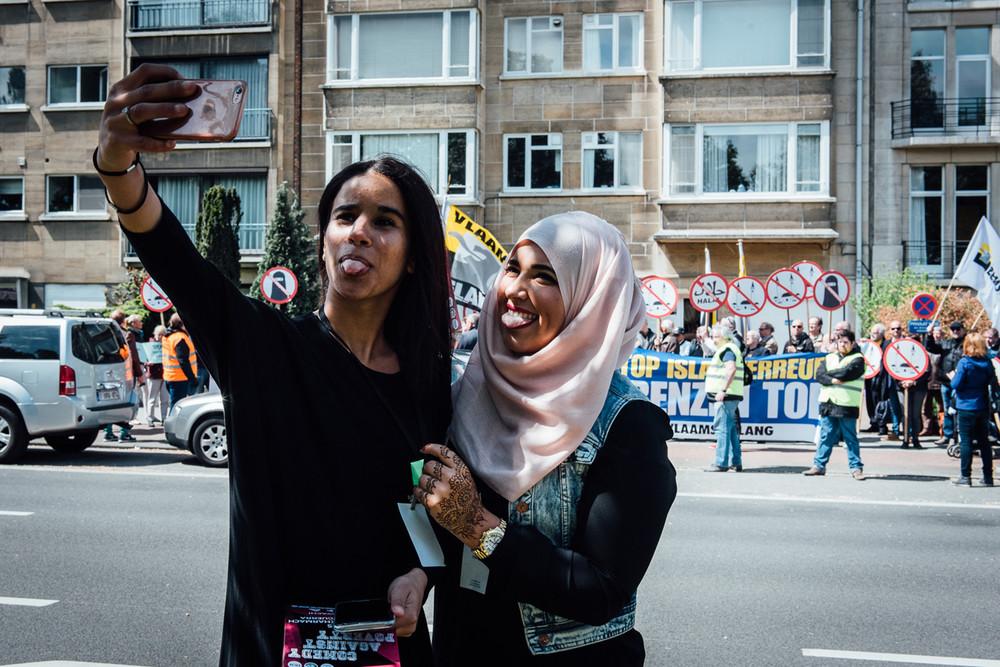 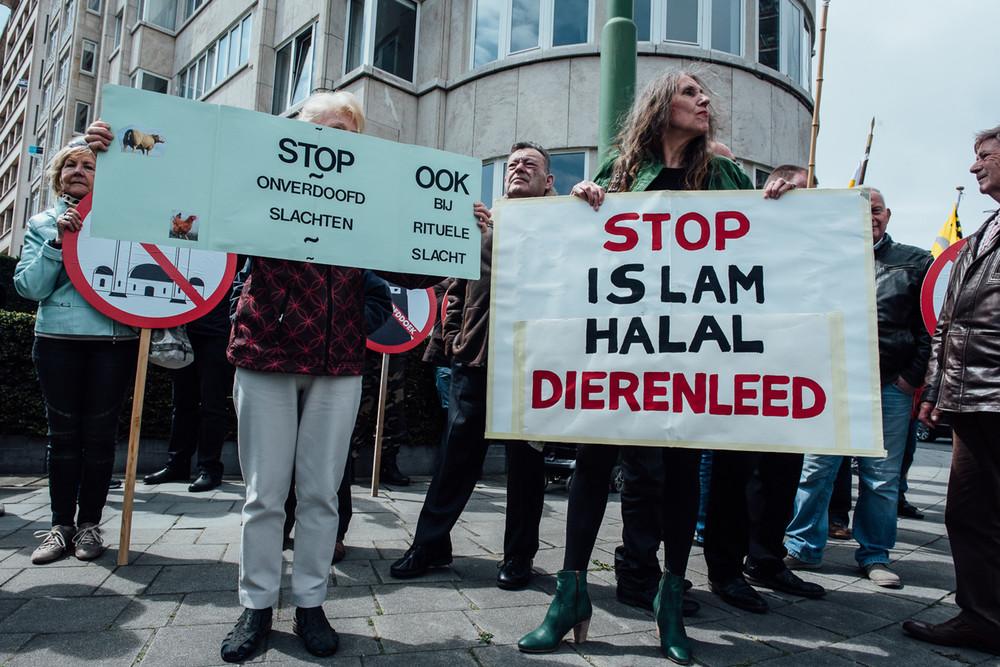 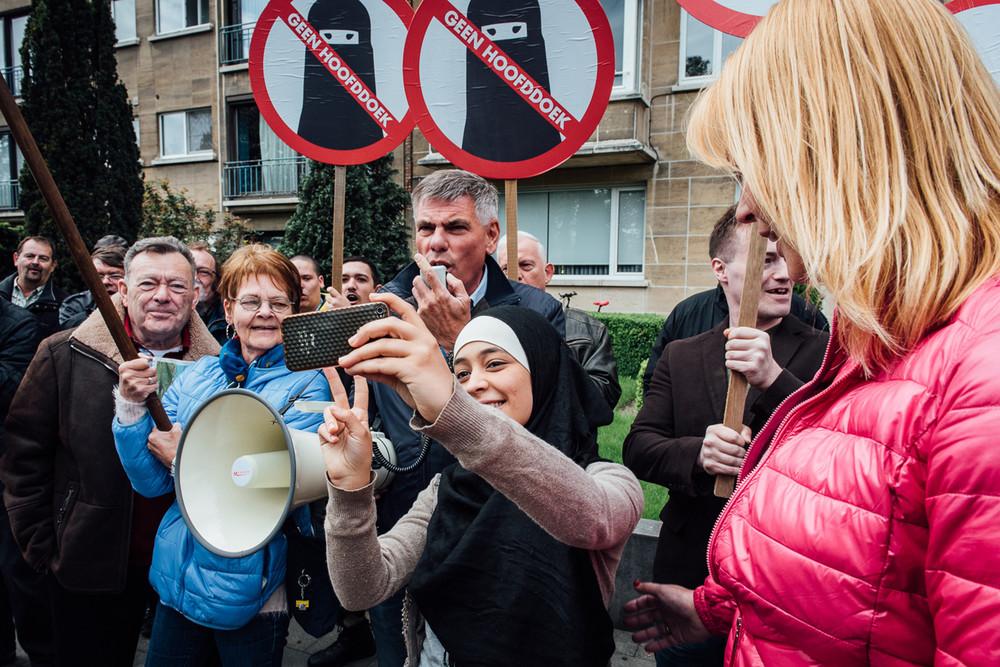 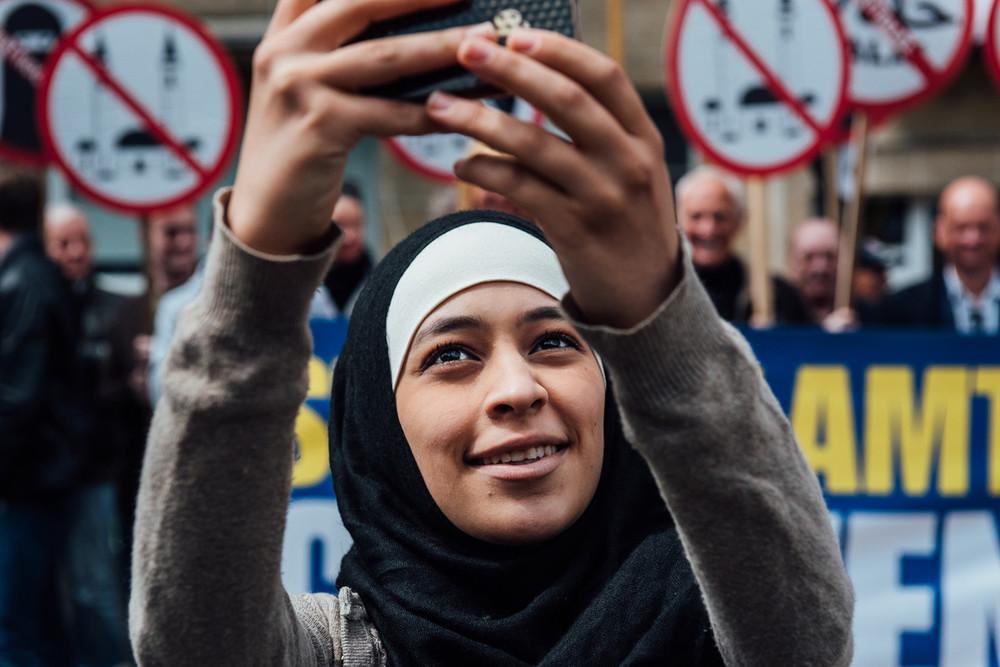