These American Muslims are working hard to combat Islamophobia

We are all part of American society!

We are all part of American society!

It’s no question that there has been a disturbing rise in religious discrimination, hostility, vandalism, and incidents of violence against Muslims in America, and yet these everyday American Muslims continue to work tirelessly to shatter the misconceptions of Islam and stereotypes against Muslims. The story of these Muslim Americans represents their religion, one which places great emphasis on helping others. There is a hadith in particular that embodies this message:

“Whosoever removes a worldly grief from a believer, Allah will remove from him one of the griefs of the Day of Judgment. Whosoever alleviates [the lot of] a needy person, Allah will alleviate [his lot] in this world and the next. Whosoever shields a Muslim, Allah will shield him in this world and the next. Allah will aid a slave [of His] so long as the slave aids his brother. Whosoever follows a path to seek knowledge therein, Allah will make easy for him a path to Paradise. No people gather together in one of the houses of Allah, reciting the Book of Allah and studying it among themselves, but tranquillity and peace descends upon them, mercy envelops them, the angels surround them, and Allah makes mention of them amongst those who are with Him. And whosoever is slowed down by his actions will not be hastened forward by his lineage.” [An-Nawawi: No. 36]

The following stories of these American Muslims foster a sense of unity and coexistence in disconcerting times.

A Digital Media Director of the only Muslim liberal arts college in the United States at Zaytuna College, member of the Islamic Society of Central Jersey Board of Trustees, and former Marketing Professional for The Wall Street Journal and MTV Network. Heba, of Egyptian descent, was born and raised in New York City and currently resides in Princeton New Jersey. 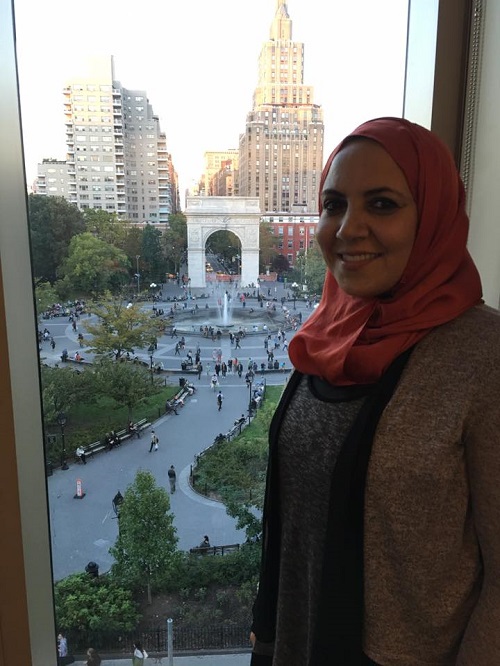 After witnessing the media’s one-sidedness and biased opinions on Islam, Heba embarked on her new journey to stand up for her religious belief and show the world that Islam is a religion of peace, tolerance and coexistence.

In 2012, Heba was invited to participate in the first chapter of the Sisterhood of Salaam Shalom, a national Jewish/Muslim Women’s organization which is focused on fighting Islamophobia and Anti-Semitism. Their message is “Changing the world, one Muslim and one Jewish woman at a time”. Heba is proud to announce that the Sisterhood has grown to 50 chapters and continues to grow.

She says, “the message I’d like to convey to Muslim and non-Muslims is that you need to be the change you want to see, by participating and getting out there. I’m disturbed by how many people speak of injustices or are appalled at what’s happening in our communities, whether it’s racial prejudice, indifference to Palestinian rights or Syrians or even hate speech, but are completely silent in the public sphere. The silence is killing us all.”

As a child growing up in New Jersey, Sameer, like most Muslims at the time, were raised in a time where Halal food options were scarce. He recalls taking family drives to a farm where a man called Charlie would allow Muslims to go to his farm and conduct proper Zabihah Halal slaughter of animals. Raised with “Eat Halal and Keep Halal” embedded into him, at seventeen years old with a spanking new driver’s license, Sameer and his younger brother found themselves frequently sneaking out of their house late at night and driving to a food cart on the corner of 53rd and 6th in New York City, now known as “The Halal Guys.”

His quest for Halal food compelled him to share his passion for Halal with the world.  In 2010, Sameer and his friend Sadd Malik started a show called “Sameer Eats”, featuring local halal restaurants. In 2012, Sameer launched a Halal Food Tour in 5 major cities in America. His Halal Food tour featured Baba Ali, Aman Ali, Yvonne Maffei from My Halal Kitchen, chef Abdul Eldeib, and Preacher Moss.

“One way I subtly combat Islamophobia in America is through my passion for food, specifically Halal food.  Let’s be honest, food does bring people together, especially Halal food, because the diversity of cultures allows us to experience ethnic foods from around the world.  I use my platform to educate people on Halal food and what it means to eat Halal.  When non-Muslims or people unfamiliar with “Halal” see my food pictures posted on social media, most will start salivating, then a conversation will soon follow.  It usually begins with where they eat it, then it leads to “What is Halal?”  Through my blogging, I hope to educate and inspire people to eat Halal, this way we can come together and learn about different cultures.”

The first veiled Pakistani American Muslim elected School Board of Education member in South Brunswick, New Jersey, a local activist, nurse and active member at the Islamic Society of Central Jersey, just to name a few of the positions she holds in her community. Born and raised outside of Cleveland, Ohio to parents who had emigrated from Pakistan to pursue higher education and better opportunities, Azra has been and continues to be an integral part of the local community. She is involved with various groups, such as Women’s Commission, Volunteer Nurse Corp, Municipal Alliance Commission and Human Relations Commission.

With determination and a desire to make a difference, she ran for the Board of Education in 2012. Azra lost her first election, however she did not stop there, coming back more determined than ever and winnning the following year. Azra is currently serving her second term as a School Board Member. 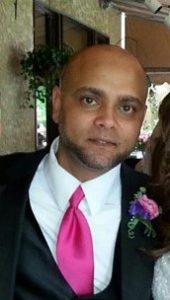 Originally from Guyana, South America, Abdel is a devoted father of three and member of the National Islamic Association in Newark New Jersey. Abdel has a passion and devotion for serving humanity one plate at a time. He has been instrumental in the NIA (National Islamic Association) Soup Kitchen as well as AMFHR (American Muslims For Hunger Relief). His devotion has led him to split his time between NIA Soup Kitchen and AMFHR, serving approximately 700 to 1,000 people across New Jersey. Abdel can often be spotted handing out food on the streets of Newark to those who are in need.  Friends state that he can often be heard saying “hunger has no religion.”

“There is no better feeling than seeing someone who is hungry and as soon as you hand them a plate of food, they immediately begin to eat.  Even if I am sick or the weather is cold, it is all worth it in the end. I hope that others can join by coming and being a part of something that helps the less fortunate.” 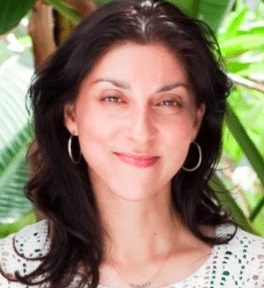 Zoshia Minto is a photographer from Maryland who was inspired by the heightened state of Islamophobia and xenophobia in recent events. Frustrated by the media’s perception of Muslim and Islam, Zoshia set out to challenge Islamophobia the way she knows best, through photographs. Zoshia created an Instagram account in November of 2016 called “Everyday American Muslim.” There she showcases the daily lives of American Muslims.

“My hope with the Everyday American Muslim project is to contribute to a narrative of the American Muslim community that shows how much we are a part of American society, that we are diverse and have a long history in the U.S, and that there’s no conflict or incompatibility in being Muslim and being American.”

Glory Ali is the founder of Muslim Travel Rocks. She recently started travel blogging to encourage and motivate Muslims to explore the world. Her goal is to inform the global ummah that Halal travel is possible and that there are many Muslim friendly vacation destinations around the world. Muslim Travel Rocks is a place where Muslim Travellers are able to seek out information on Halal and Muslim Friendly destinations.