A 14-year old Muslim student on her way to school when asked: “When are you going to stop bombing people?”

A 14-year old Muslim student on her way to school when asked: “When are you going to stop bombing people?”

Muslims in the British city of Manchester feel like the Manchester attack has caused a drastic increase in Islamophobia in Manchester.

Mosque leaders have stepped up levels of security, and Didsbury Mosque, where Salman Abedi used to go for prayers, have been made to hire a security guard in order to reassure other worshippers.

Tensions peaked earlier in the month in the United Against Hate protest led by former English Defence League (EDL) leader Tommy Robinson, during which 8 people were arrested. 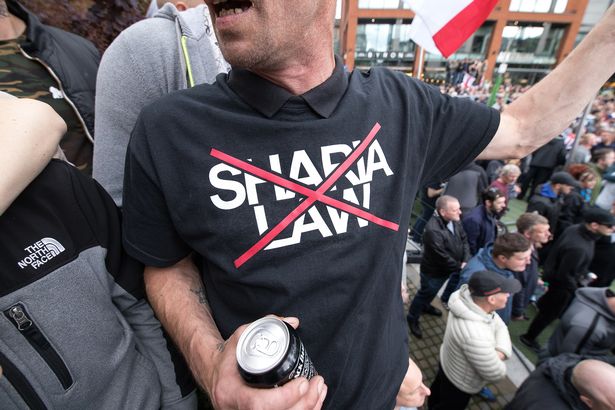 Speaking to Manchester Evening News, Cllr. Rabnawaz Akbar said that the hatred directed towards Muslims at the demo was “vile and evil” and that despite living through the National Front, he had never heard rhetoric of the sort in Manchester.

People like Sheraz Khan, who personally knew one of the people killed in the Arena bombing atrocity, are subject to feelings of hate towards Muslims. The father-of-two was driving through Crumpsall when he was warned by two men about having a flat tyre. Upon coming out to check, he was told they were “only joking”  and he was sworn at – right before the men attempted to hit his head with a glass bottle.

Mr. Khan obtained several injuries to his arm but was able to drive himself to the hospital, however, he didn’t report the event as he didn’t see a point. Speaking to Manchester Evening News (MEN), he said that he was horrified at being branded as a ‘terrorist’

Women wearing the headscarf in Manchester are subject to taunts from the crowd for merely following their religion. One such example is the 14-year old pupil of Manchester Islamic High School for Girls, who was on her way to school when asked: “When are you going to stop bombing people?”

However, Cllr. Amina Lone believes that these feelings of hate do not in any way reflect the true feelings of Mancunians, who have never been more united than they are now.

“People are saying these acts are not in our name, we will not let it divide our community and we’re better than that”, she told MEN. 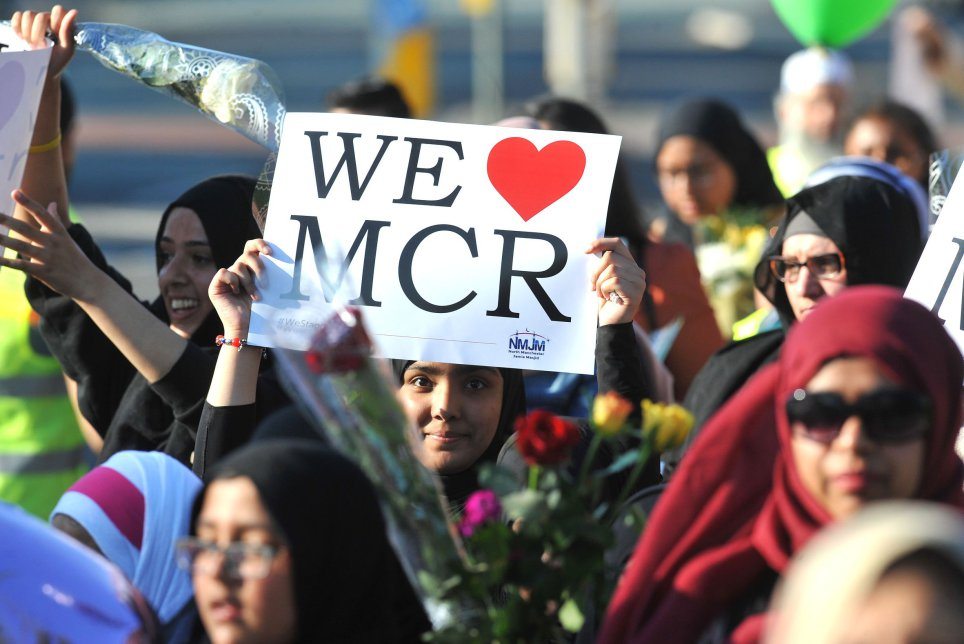 Police and authorities are urging Muslims all over the UK to report any hate crimes they may face by calling 101 or filing a report in a local police station.

Alternatively, If you don’t feel comfortable speaking to the police, Islamaphobia can be reported to charity TellMAMA on 0800 4561226.