Overcoming Islamophobia in the West

To overcome Islamophobia in North America we don’t need more diversity, but instead a greater commitment towards inclusivity.

The United States is known for being diverse, but Canada is different because it is inclusive. I am a proud American, but I have to admit Canada has us beat on inclusivity. The first day I walked around Toronto I was amazed at the large number of hijabis and halal-friendly establishments. Their Muslim population (3%) is triple that of the US (1%). Moreover, I felt more comfortable there walking out in public than I do in my Los Angeles hometown. No one glared at me accusingly or raised their voice at me. I really did feel like everyone else.

However, Islamophobes are indeed emerging in Canada. To name just one instance, at the ICNA Canada Convention in October, a large group of military-clad JDL (Jewish Defense League) protestors blocked the entrance to the event, aggressively deterring many attendees.

Unfortunately, Canada’s cultural bubble may have become a Catch- 22. Because Canadian Muslims are so free to practice their own religion and cultures, they are not accustomed to fighting back against religious oppressors. It was never a problem, until now. Since the recent onset of right-wing nationalists in the US, Toronto Muslims have also experienced Islamophobia, such as slurs on fliers and protests at masjids. Disappointingly, the only media coverage on the ICNA Canada protest was Toronto Sun’s criticism of ICNA Canada’s response (Linda Sarsour firmly supported ICNA Canada’s prioritizing their attendees’ safety). This is something that ICNA Canada and other Canadian Muslim groups like NCCM need to prepare for in the future. Because while this was one of the first times angry protestors disrupted their event, unfortunately, the chances that it will happen again are high.

While American Muslims have mostly adopted Western ideals to fight back against Islamophobes (like voting), spoken word legend and ICNA Canada Convention entertainer Boonaa Muhammad asserts that what we need to get ahead can be found in Islamic principles. Boonaa suggests that Muslims must use Islamic critical thinking to defeat Islamophobia, develop assertive communication skills, and instill Islamic pride in our communities. Because Canada is only now developing its methods to fight back and unite as one Islamic unit in place of their multicultural backgrounds, they have the opportunity to do so.

Typically, Muslims practice a “back home Islam: cultural, follow what your parents do, don’t ask questions…don’t get into authentic texts,” says Boonaa. They follow their respective culture’s (Pakistani, Somali, etc) method of Islam, and instill that exact method onto their children. Whether accurate or not, Muslim youth and young adults follow the Islam their parents teach, because they were told to do so. Because of this, “there is a rise in secularism amongst the Muslim youth,” Boonaa says. But he continues, “we need to shed this cultural Islam. We have to get away from this homogenous approach to Islam: that to be a practicing Muslim we have to dress the same, look the same, think the same.”

Muslims in the US have already begun moving away from this homogenous Islam, but perhaps we’ve gone a little too far in the opposite direction. Muslims are able to practice with more freedom (women’s right to education, divorce, etc) in the US than they were able to in their Islamic countries of origin (even though these rights are permissible in Islam). Perhaps this is the reason they sometimes extrapolate away from Islamic principles towards Western principles to do so.

“We need to strengthen our Islamic identity. When dealing with Islamophobes, we need to be secure in our Islam. We need to learn authentic Islam for ourselves: go to halaqas, sit with scholars, etc. Be certified, comfortable in what you believe.”

The protestors did not deter the amazing speakers, such as Linda Sarsour and Imam Siraj Wahaj, from sharing valuable wisdom at the ICNA Canada ‘Carry the Light’ Annual Convention. Dr Aliyah Khan explained how Canada is continuing its positive policy towards refugees, as the first country to recognize the Rohingya genocide. To further this, their Parliament has also even met with Rohingya representatives.

Outside the lecture hall, booths were set up to collect donations and raise awareness. ICNA Canada also allowed Uyghur Muslims to set up a free booth to educate attendees on the Chinese government’s oppression and imprisonment of 3 million ethnically East Turkistan Muslims in China.

With the onset of white supremacy and nationalism in North America, the people are demanding and recognizing the importance of diversity. For example, there is a ‘We Need Diverse Books’ movement to publish more books by racial minorities. People boast about the ‘diversity’ in their towns. But I think we have enough diversity. There are people of color everywhere. I go days without seeing a White person in my Los Angeles suburb. What we really struggle for still is respect and decision-making power. What we need is inclusivity: minority groups in every institution of society. American Muslims are proud to stand up for their right to practice their religion, and we hope that someday our full rights will be recognized without the threat of Islamophobia. 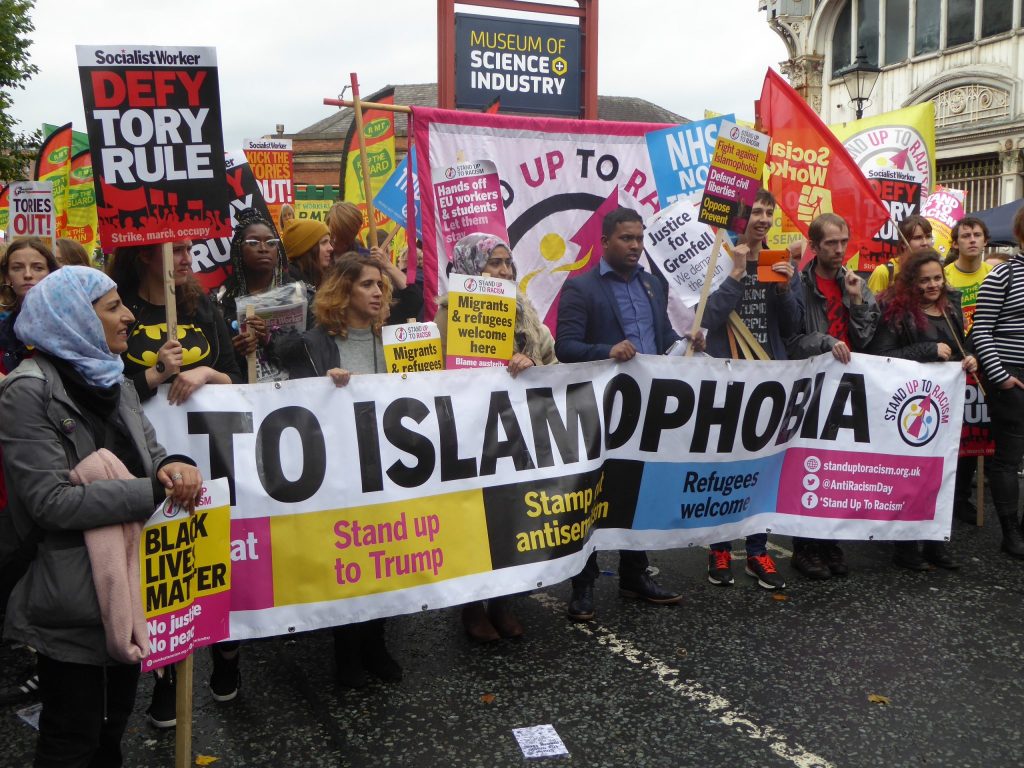