Lately, I’ve been intrigued by recent events that have been taking place in the UK. One of these events was the “Punish a Muslim day”, where Muslim communities were receiving hateful letters and what awards there would be if “you punish a Muslim”, below is a short text from New York Times:

“The anonymous letters arrived this weekend in plain white envelopes with second-class stamps and were sent to people in at least six communities in England. Inside was a message so hateful that it sent out ripples of alarm and prompted a national counterterrorism investigation.

The message said that April 3 would be “Punish a Muslim Day,” and that points would be awarded for acts of violence: 25 points for pulling off a woman’s head scarf, 500 points for murdering a Muslim and 1,000 for bombing a mosque.”

The second moment, that made me write about this topic, is of a young boy scoring a penalty and celebrating the “Mo Salah’s way” just as in the photo above:

Lately, being a Muslim is not that ideal due to the misrepresentation of the faith largely due to foreign elements which have existed since “forever”. However, by nature, Islam is a faith of progression. In fact, from an Islamic point of view, God (Allah swt) challenges us to strive in all of lawful endeavours to reach excellence in them. A proof of this are historic events that occurred during the Golden Ages, where Muslims were the peers of sciences (Mathematics, Astronomy, Biology, Chemistry, Physics, Medicine etc).

Nowadays the hate-mongers who seek to warp public opinion tend to focus on religion. And they are by no means found only at football grounds; politicians and authors, mainstream media commentators and online trolls all get involved.

They particularly despise Muslims, doing what they can to link 1.8 billion people worldwide with every crime they can think of, and especially terrorism. There have been calls for anyone associated with Islam to be interned or deported and – in at least one case – for them to become the victims of a “final solution”, just as Jews were during the Holocaust. In the case of young Muslim men, they are caricatured as potential killers, ready to take up arms for barbaric groups that corrupt one of the world’s three great monotheistic faiths to their own ends.

However, recently a major group of youngsters who are doing what they love are “fighting” the prejudices and the etiquette put on them, Muslim football players of today are showing the world what real Muslims looks like. The flag carrier of them is Mo Salah, with Egyptian origin. In fact, Salah is a fairly typical Muslim. Beyond being hard-working, community-minded and committed to peace in his home country and abroad – he prays devoutly, celebrating every goal by prostrating himself on the ground and in his early years in Egypt even forgave the man who robbed his house!

What is also interesting is the fact that there is not much hatred, in football stadiums, towards Muslims and Muslim players and there is also a quite uplifting chant in the stadiums, heard in England nowadays, dedicated to Mo Salah: “If he’s good enough for you/He’s good enough for me/If he scores another few/Then I’ll be Muslim too,” and ends with the words: “He’s sitting in the mosque/That’s where I want to be.”

Football players are certainly considered trendsetters who can thrill and inspire by shining in a multibillion-pound industry that has a huge influence. Some show off earrings, imaginative hairstyles and all the other accoutrements that appeal to their millions of social media devotees, but they also post images of themselves reading the Qur’an on the team coach, or posing in Mecca on their Hajj pilgrimage.

Mesut Ozil performing umrah in the holy city of Mecca. Arsenal to win the league next season? pic.twitter.com/xdBRGCqbtg

One small step towards fighting the prejudices is done, there is still more do, but the “fight” against racism, Islamophobia, stereotypes and prejudices are definitely looking up!

Gëzim Osmani
Gezim is from Macedonia. He is a 27-year-old civil activist and peace worker. 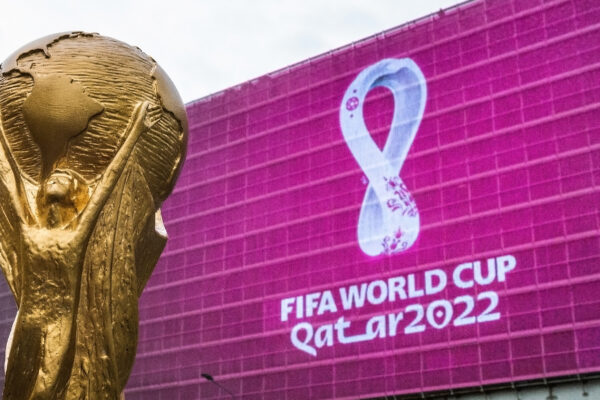