Over 145,000 Rohingya have been displaced since the end of August.

Over 145,000 Rohingya have been displaced since the end of August.

Burmese officials and several human rights groups have found that the state of Israel has sold Myanmar more than 100 tanks, as well as tanks and boats in the on going ethnic cleansing of the Rohingya Muslims. Israel has refused to stop supplying these arms to the Myanmar army, suggesting that the entire matter “is clearly diplomatic.” Further to this, Israeli arms companies such as the ‘TAR Ideal Concepts’ have gone the extra mile by training the Myanmar special forces in the Rakhine state, posting images on their website showing training with Israeli-made Corner Shot rifles, along with the statement that Myanmar had begun use of the weapons.

Last December, Israeli lawyers and human rights activists wrote to their country’s defence ministry urging it to suspend a military shipment ordered by the Myanmar Army. They said Myanmar still commits human rights abuses against minority groups, reported The Irrawaddy, a website run by exiles from Myanmar in Thailand.

“It is surprising that the State of Israel, while struggling for continued sanctions against Iran, has no qualms about ignoring the US and EU sanctions against Burma for the most severe crimes being committed there,” read the letter.

In January this year, following visits by Israeli officials to Myanmar and vice versa, to discuss arms deals, activists in Israel filed a petition urging their government to stop arms exports to Myanmar. The petition is expected to be heard later this month, but in March, in a preliminary reply, the Israeli defence ministry said the court had no jurisdiction over the issue. The ministry said arms sales to Myanmar were “clearly diplomatic”, reported the Middle East Eye. 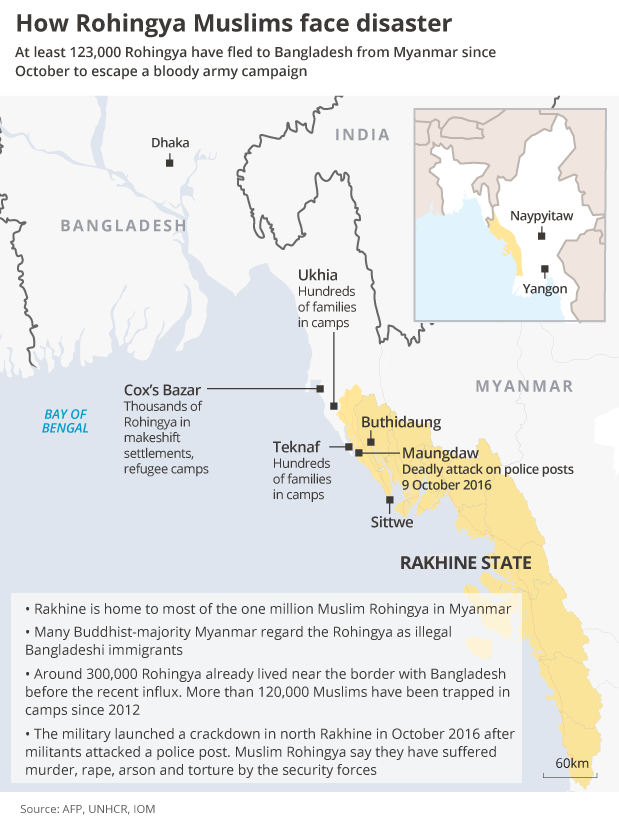 The latest bout of conflict in the region began in the latter end of August 2017, triggered by an organised attack on several police posts. Since then, over 400 Rohingya have been killed and the UN High Commissioner for Refugees said the estimated number of Rohingya who fled to Bangladesh since violence erupted has hit 164,000, after aid workers found big groups in border areas. Satellite imagery, as with the previous conflicts, have shown several Rohingya villages burnt to the ground. “We have identified more people in different areas that we were not aware of,” said Vivian Tan, a spokeswoman for UNHCR, adding that the number was an estimate and there could be some double-counting. “The numbers are so alarming – it really means that we have to step up our response and that the situation in Myanmar has to be addressed urgently.”

The ties between Israel and Myanmar are by no means new. In September 2015, one of the heads of the then Myanmar junta, General Min Aung Hlaing (now the chief of the armed forces), visited Israel on a ‘shopping trip’ to meet military arms manufacturers. His delegation met President Reuven Rivlin and other military officials including the army’s chief of staff. Hlaing also visited military bases and defence contractors Elbit Systems and Elta Systems. In June 2015, the head of Israel’s defence export department Gen Michel Ben Baruch visited Burma and met with leaders of the Burma Army.