Muslim American women hit back at Donald Trump: The best of the #CanYouHearUsNow hashtag

After all this time, it seems that the Republican Presidential candidate, Donald Trump, is actually good at one thing, and it’s showing off his ignorance and in turn, offending people left, right and centre. This time around, it’s Muslim American women who have taken it upon themselves to talk back.

In an interview on ABC News, Trump had plenty to say on the mother of fallen soldier, Humayun Khan, Ghazala Khan, who stood beside her husband Khizr Khan as he appeared at the Democratic National Convention. Rather than addressing the points raised by Khizr Khan about Trump never needing to sacrifice for his country as they have, Trump took a jab at Ghazala, claiming that she probably “wasn’t allowed” to speak. “She probably – maybe she wasn’t allowed to have anything to say. You tell me,” Trump said.

And so, the Muslim women of America decided to ‘tell him,’ flooding Twitter with the hashtag #CanYouHearUsNow in response to his statements. This came after encouragement from The Council on American-Islamic Relations, who asked Muslim women to tweet about who they are and how they speak out. Here are some of the best from the hashtag:

Please don't project what goes on in your own household onto us! @realDonaldTrump #CanYouHearUsNow pic.twitter.com/61IfzInDMr

I've spoken at the Pentagon, the State Department, at 10 Downing Street, at NORAD – where has Trump been speaking? #CanYouHearUsNow

Muslim women "not allowed to speak?" I gave a @TEDTalks and got a standing ovation. #CanYouHearUsNow https://t.co/iggExDBXzD

Hey D. I spend my time creating solutions w presidents & the like (so I guess we'll never meet) #CanYouHearUsNow pic.twitter.com/lwl0CiTSJl

I was a national surrogate for @berniesanders spreading a message of respect & equality for all. #CanYouHearUsNow pic.twitter.com/bfRjoMwQWE

.@realDonaldTrump This is me, giving a talk at @Georgetown. Do I look oppressed to you? #CanYouHearUsNow pic.twitter.com/NVVMJDbnlJ

Trust me, we are anything but silent. Here I am – a Muslim woman, speaking at RNA conference #CanYouHearUsNow pic.twitter.com/r4iXGVoBWf

My name is Tamara Gray. My ancestors came over w the Mayflower. #CanYouHearUsNow @realDonaldTrump

Mr. Trump, I won a White House Correspondent's award in the same event that you walked out of. #CanYouHearUsNow pic.twitter.com/cjww4CMoq2

I can't remember a time where I was told not to speak. I just heard it from Trump. Seems we live in different worlds #CanYouHearUsNow 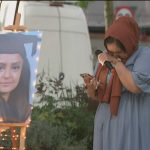