Today, she is the Editor-in-Chief of Nano Today, and has more than 190 primary patents – 41 of which have been licensed to multinational companies and start-ups in the field of nanomedicine, drug delivery, medical implants, cell and tissue engineering, and medical devices.

In exciting science and engineering news, Professor Jackie Y. Ying has become the first scientist to be elected as a member of the US National Academy of Engineering (NAE). Currently based in Singapore, she is one of the only two new members who were chosen outside of the United States.

Professor Ying, an A*STAR Senior Fellow and head of the NanoBio Lab (NBL), was recognized for her contribution in the “interface of nanostructured materials, nanomedicine, and diagnostic devices to improve human health”. Chosen among a little over 100 other new members, Professor Ying will be formally included in the NAE during its annual meeting on October 3rd, 2021.

Born in Taipei, Taiwan in 1966, Professor Ying moved to Singapore with her family in 1973 before finally moving to the US at the age of 15. Ying first received her BE and PhD from Cooper Union and Princeton University, before joining the MIT faculty in 1992 as a professor of chemical engineering until 2005.

Ying has also been elected as a World Economic Forum Young Global Leader, and was named as one of the One Hundred Engineers of the Modern Era by AlChE in its Centennial Celebration. She was also selected by The Muslim 500 in 2012, 2013, and 2014 as part of the world’s most influential Muslims, and was inducted into the Singapore Women’s Hall of Fame in 2014. In 2015 Ying was one of the recipients of the inaugural Mustafa Prize, awarded by the Mustafa Science and Technology Foundation, and was awarded the Top Scientific Achievement Award for her contributions in the field of nanostructured materials and systems.

Ying was also named a Fellow of the United States National Academy of Inventors (NAI) in 2017, which made her the first Singapore-based scientist to earn the highest professional accolade for academic inventors. In the same year, Ying was also elected into the Islamic World Academy of Sciences and the US National Academy of Inventors, and was later elected into the Turkish Academy of Sciences (TÜBA) after winning the (TÜBA) Academy Prize in Science and Engineering Sciences in 2018.

Today, she is the Editor-in-Chief of Nano Today, and has more than 190 primary patents – 41 of which have been licensed to multinational companies and start-ups in the field of nanomedicine, drug delivery, medical implants, cell and tissue engineering, and medical devices.

In regards to her most recent election into the US National Academy of Engineering, Professor Ying stated:

“I am deeply honored to be elected to the U.S. National Academy of Engineering. I am grateful to the American colleagues for nominating and electing me. This is a recognition of our multidisciplinary research conducted at the NanoBio Lab (NBL) and Institute of Bioengineering and Nanotechnology (IBN) in Singapore and MIT. I am fortunate to be blessed with a team of creative and passionate researchers, students, and collaborators. I look forward to making more impact through the commercialization of the latest technologies that we have developed.”

Converting to Islam in her 30s, Professor Ying remains a powerful inspiration for Muslim women and men everywhere in the field of science and technology – and will hopefully continue to encourage more people to study and work in the ever-growing and important field of STEM. 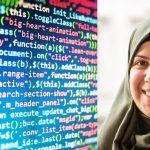 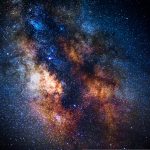 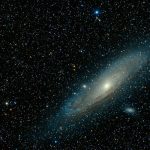