A group of young Norwegian Muslims plans to create a human ring around Oslo’s synagogue following the Shabat celebration this Saturday, in a gesture they are calling a ’Peace Ring’.

Hajrad Arshad, the event’s 17-year-old organiser, told Norway’s state broadcaster NRK that the group aimed to “extinguish the prejudices people have against Jews and against Muslims”.

“We think that after the terrorist attacks in Copenhagen, it is the perfect time for us Muslims to distance ourselves from the harassment of Jews that is happening,” she said. 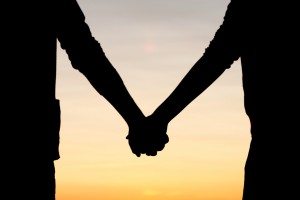 “What they are communicating is that if anyone wants to do anything against Jews in Norway, they have to go through us first, and I think that is very positive,” he said.

He said the synagogue has given the group permission to make the ring, so long as more than 30 young Muslims show up to participate.

“I’ve said that it only comes to 30, it won’t be good, it may seem counter-productive,” he said. “But if you fill Bergstien [the street where the synagogue is based], it will be very good.”

Arshad and her six co-organisers, who are part of a Facebook discussion forum called Urett Avsløres or Injustice Revealed, have already got more than 450 people signed up to attend, only

“Islam is about protecting our brothers and sisters, regardless of which religion they belong to,” the event page reads. “Islam is about rising above hate and never sinking to the same level as the haters. Islam is about defending each other.”