Omari Grey is a living miracle and a testament to the power of Allah (SWT).

On June 17th 2020, Omari Grey, a father of nine, was involved in a vicious head-on road collision.  He suffered extensive trauma including fractures of the skull, ribs, hips and leg, a punctured lung and bleeding in his brain. Omari’s family was told to prepare for the worst.

Thousands of people lose their lives on the road each day.  What made Omari Grey’s accident so special?

I live in Singapore, part of the 15% Muslim minority in the country. Omari Grey lives in Virginia, in the United States, thousands of kilometres away.  I’d never heard of him.  And yet, on the day of his accident – even before I knew about the campaign as a staff member at LaunchGood – my social media feeds were full of posts about him, and my WhatsApp had several messages asking for du’as of healing for him, and even Qur’an khatm recitations.

I had to find out what made Omari Grey so special that Muslims halfway across the globe were praying for his recovery and his family.

Who is Omari Grey?

Omari also started Fitrah Farms, a program providing naturally raised and organic halal chicken. He was even featured on the cover of Men’s Health.

Omari always put the community first – now, the community rallied behind him. The original LaunchGood campaign was set to raise $50,000 to support his medical costs. Two days later, that initial goal had been exceeded 20 times over.

In just 48 hours, the campaign raised $1,000,000. I’ve been at LaunchGood for five years, and I had never seen anything like it.  Omari’s community had powered one of the most successful crowdfunding campaigns in our platform’s history.

In a hadith narrated by Abu Hurairah, may Allah be pleased with him, it is said that Prophet Muhammad (peace be upon him) said:

Remember Omari’s extensive injuries? A day after his accident, the campaign update read:

Omari was taken off of life support last night and the initial prognosis to the family was that he will pass within minutes. SubhanAllah, Allah is Al-Latif and Omari is a fighter and he is still (after almost 9 hours) fighting for his life and showing signs of strength. We ask everyone to continue to sincerely pray for him and for his healing inshaAllah.”

On July 1st, 2020, the update was that he was still on life support and in critical condition.  Omari ended up spending 12 weeks in the hospital, 8 in the ICU. Doctors had told his family to prepare for the worst.

Omari fought and stayed alive.  Omari was told he would never walk again. He accepted the challenge.

He is in a state of happiness and laughter the majority of his days, Alhamdulillah. I’ve never seen anything like this before. He wakes up everyday motivated, happy, and ready to start his therapies. He is working with a speech, occupational, and physical therapist throughout the week.”

To say that I was witnessing a miracle unfold before my eyes would be an understatement. Everything – from the way his story went viral, to his survival, to the way the campaign took off, and now his recovery – was miraculous.

I cannot help but think of the saying of Al-Hasan al-Basri:

And the verse in Surah al-Baqarah, “Indeed, Allah has power over all things.”

Firstly, there is a LaunchGood campaign for Fitrah Farms, the farm that Omari started. As Omari recovers to full strength, your contributions can help them build a sustainable farm that will benefit generations to come. We rallied around him once, and we can do it again.

See for yourself the amazing progress he has made since the accident over a year ago, SubhanAllah!

Launchgood
A crowdfunding platform focused on the Muslim community worldwide, Launchgood has raised more than $190 million since launching in 2013 - and has reached more than 1.8 billion Muslims around the world. 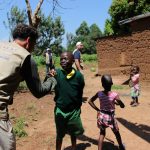 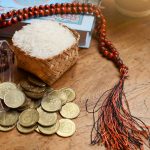 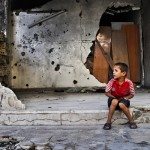