The VND is not connected to any similar party outside of Bosnia, at least not yet. Their main goal is to help Bosniaks survive in their own country, state, land, as humans with dignity and as believers. It’s their way of supporting ummah.

This proverb is known to many Muslims of today, but somehow it stays in theory, without much action in applying such essence in daily life. However, there are some attempts at changing not only the minds of the Muslims in reality, but their approach to politics in different parts of today’s ummah. One example we have of this is in Bosnia, with a new political party that is basing its program and work on Islamic principles.

How does it look to legally start a political party whose program is based on the Qur’an and Sunnah in the secularized country, yet in a country with a relative majority Muslim population? The answer to this question shall be discovered soon in the small country called Bosnia.

For many outsiders, Bosnia is known as a ‘Muslim country,’ since the relative majority of its population consider themselves Muslims, although with a certain number of self-declared atheists and agnostics. They have all coexisted with their Catholic, Serb-Orthodox, and Jewish neighbors for centuries. But ordinary Bosnian Muslims who would like to see more sharia in their daily life today, or even learn more about sharia, are in the position to verbally and legally defend their faith in practice from other Muslims in their own country, and many secular institutions as well as political parties.

Hardline secular structures in the political life of Bosnia are sometimes more against sharia than some Serb or Croat nationalists who were known for their violent anti-Muslim policies in the past. As a matter of fact, many Serbs and Croats who don’t like sharia, or don’t know about it, are having a certain respect for the Muslims who wish to practice sharia law in their life. They don’t have obstacles as long as it stays within Bosnian Muslims’ living frame, unlike some political parties, groups, and individuals among the Bosniaks themselves.

Neo-communists and radical atheists are having an influence through the media, so a significant number of Bosnians are now fearing sharia in public. Most of the media in today’s Bosnia is promoting some sort of Islamophobia in the news, to a smaller or bigger extent. In some public institutions, there are cases of discrimination against women with hijab.

A few years ago many of these women went out on the streets of Bosnian cities and towns to demonstrate against the proposed discriminatory law banning hijabi women from working in public institutions. The law was not adopted (for now). Also, many men who prefer to have a longer beard as a sign of Sunnah practice, in some parts of the country, have been subject to a form of blackmail – they are told they must shave their beards if they want to keep the job. They are often labeled as “Wahabi” or “Salafi” because of the beards, although many of them are not.

In private business, such discrimination can happen too, but since there is a law against religious discrimination when it happens in public or governmental institutions it becomes especially worrying. There is a law on paper, but it is not always implemented in reality.

First comes faith, then people, and then homeland

All of this, plus more, made Sanin Musa – Islamic theologian, writer, and teacher – together with a few of his friends, start a new political party in today’s Bosnia. It is the first political party in Bosnia whose program is based on Islamic principles. At the moment, it might be the only political party of this kind in Europe.

At the same time, it is a patriotic movement since many Bosniaks are being discriminated against in their own country because of their national identification, not only based on their faith, without proper political protection. Musa’s Party started as a movement last year, and recently it was registered to be an official political party. In regards to the reason why it is an Islamic and patriotic party at the same time, Musa told the local media:

Bosnian Muslims, ethnically and nationally identified as Bosniaks, went through a horrifying genocide back in the 1990s. Those who survived didn’t get full satisfaction after the war, especially in the field of politics and economy. The only strong political party representing Bosniaks is the one called “Party of Democratic Action,” or “SDA” in local abbreviation. This party has been representing Bosniaks since 1990 – but was once relatively successful.

Today, however, the SDA is being shaken with corruption and political uncertainty in its own club. In reality, they are a mainly secular party – although they are connected with the office of Bosnian grand muftis. This party is not so successful in protecting the Bosniak people in the political and economic field, as was the case in the past.

So this brand new party from Sanin Musa could be a possible alternative for the Bosniaks. The official name of this movement and party in the Bosnian language is “Bosanska Narodna Stranka – Vjera. Narod. Država,” or BNS – V.N.D. In English, it would be something like: “Bosnian Folk’s Party – Faith. People. Country/State.” They don’t have a web page nor public presentation in English for now, but they are working on it. Meanwhile, more info is under this link here.

Faith is the most important in the life of every human, especially believers, which is why is it at the beginning, on the first part of the name (Vjera. Narod. Država – VND). Second is people, which refers to the national identification, and the third [part of the political party’s name] is country or state, because the first two need a frame in where to exist.”

The fragile political situation in Bosnia, besides internal corruption, suffers from the negative influence coming from the neighboring countries. The economic ‘colonization’ of Bosnia is also coming (still) from the neighboring countries of Montenegro, Serbia, and Croatia. Cultural colonization is happening too, because they accept Bosnian Muslims only if they are deemed to be socially passive, especially in the field of politics.

Proper explanation of the Sharia

BNS–VND, as a fresh political party, is expecting to take part in the Bosnian elections next year. Meanwhile, members of the party are struggling with verbal insults online and provocations on social networks – mainly made by other Bosniaks so far. Their verbal insulters are, first of all, radical secularists and cynical atheists, neo-communists, and ‘worshippers’ of the long-time dead Yugoslav leader Tito. Public homosexuality supporters are verbally confronting them too, but also some Salafist Muslims who do not see them as real Muslims since they are getting involved in the secular system (such as democracy).

Sanin Musa offered many public speeches about this topic, trying to explain why Muslims, especially Bosniaks, need to get involved in politics, otherwise, they are not only losing their lives like in the recent past but also losing their property, economy, business, their dignity and their ability to practice faith in public.

In order to answer all of the critics, along with supporters, Musa and his team are publically offering these points from the program of the party, as some of the basic things to know about them:

These are just some of the points from the program, ideas, and plans of the VND. Their logo is representing a combination of the crescent and fleur de lily, where usually a star stands. The crescent is symbolizing the Muslim identity of the Bosniaks for centuries, and the lily flower is an ancient symbol of Bosnia as a state and country – recently it has become the national and ethnic identity of the Bosniaks. The six flours de lily on a blue shield was the Bosnian official national flag between 1992 and 1998, and during the invasion on Bosnia and a couple of years after. It was also the coat of arms of the Bosnian resistance units in the war period. This symbol is accepted by all Bosnian patriots, regardless of their faith and background.

The VND is not connected to any similar party outside of Bosnia, at least not yet. Their main goal is to help Bosniaks survive in their own country, state, land, as humans with dignity and as believers. It’s their way of supporting ummah. Bosnia as a country is relatively well connected to the world, by tourism, economy, media, and investments, but not as much as it should or could be. It’s not completely blocked and isolated as it was in the near past. It is still interlocked by the geography, the way it is surrounded by not always politically friendly neighbors.

Unfortunately, however, it took a whole year for the party to be registered, although they applied for the registration on time, following every regulation that was requested in terms of bureaucracy and administration.

The VND is going to need help or support from anyone in the ummah of today – various types of help. Bosnian Muslims were left alone many times in the past, yet, they were surviving somehow, even though they lost the ability to hold their own political power in their hands.

Probably many people in the West, whether Muslims or not, are thinking of Bosnia as a predominantly Muslim country. But believe it or not, in some ways, it easier to be a practical Muslim in London, Berlin, Vienna, New York, or Washington DC than in Sarajevo and some other towns in Bosnia where Bosniaks are the majority.

Attending a mosque prayer is one thing, but living Islam between the prayer times, in terms of uneasy things to deal with, like finding proper food, public morality, avoiding nudity on the public displays, promotion of pornography in the street kiosks, garbage on the streets, mocking Islam on the public broadcasting service and private media too, spreading jokes about believers as “primitive and backward” and much more. Most of these things are done by other Bosniaks, mainly those who see themselves as “progressive atheists,” liberals” or even some who consider themselves Muslims in a certain case.

You can read more about the VND on their Facebook profile here. 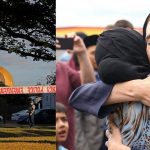 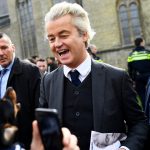