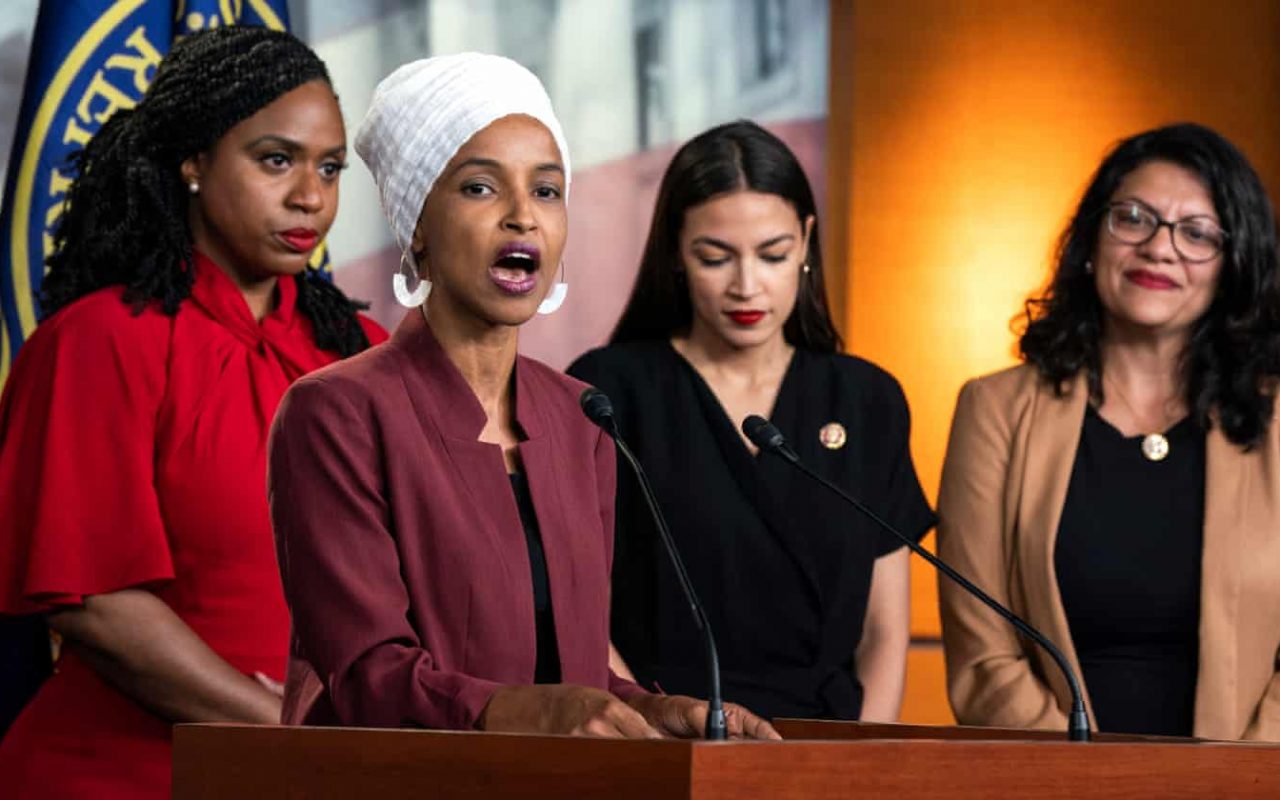 President Trump’s despicable attitude towards congresswoman Ilhan Omar has reached a new low; at Trump’s campaign rally in North Carolina the crowd chanted “send her back” in reference to Ilhan Omar as Trump continued to berate what is now known as the “squad”: congresswomen Ilhan Omar, Alexandria Ocasio-Cortez, Rashia Tlaib, and Ayanna Pressley.

Trump continues to accuse Ilhan Omar especially for being disloyal and hateful towards the United States, where this past weekend saw him have a meltdown over Twitter when he told what were then unnamed politicians to “go back” to their “crime-infested” countries:

Why don’t they go back and help fix the totally broken and crime-infested places from which they came. Then come back and show us how it is done. These places need your help badly, you can’t leave fast enough.”

Accusing all four congresswomen of color that their loyalties were not towards the U.S., Trump ignited a firestorm of criticism and has now been called an outright racist by most mainstream news outlets and high-profile politicians.

Many have come to the defence of the four women, with a renewed #IStandWithIlhan hashtag going viral after the “send her back” chants from a pro-Trump rally.

#IStandWithIlhan and am proud to work with her in Congress.

Trump is stoking the most despicable and disturbing currents in our society. And that very hatred and racism fuels him. We must fight together to defeat the most dangerous president in the history of our country.

Love and solidarity will always trump hate. These progressive congresswomen @RashidaTlaib @IlhanMN @AyannaPressley @AOC represent hope for the future – their home is America, but their message crosses borders.https://t.co/PLMwOK0frL

If Boris Johnson and Jeremy Hunt won't use "the R word", I will:

Donald Trump telling four Congresswomen of colour to "go back" is racist.

The two contenders to be the next Prime Minister should call out this far-right hate speech for what it is. pic.twitter.com/nSAdG6ry5z

#IStandWithIlhan against attacks from this racist president, and we should all remember this definition of patriotism. https://t.co/PzFT1bNfF2

Ilhan Omar, in response to the most recent attack against her at Trump’s rally in North Carolina, had a simple but poignant message:

Steven Pearce
|
July 9
Menu
This website uses cookies to improve your experience. If you continue to use this site, you agree with it.
Ok