“Like all our other mosques, the doors of Hagia Sophia will be open to all locals, foreigners, Muslims, and non-Muslims. Being the common heritage of humankind, Hagia Sophia will continue to embrace everyone in a most sincere, unique way with its new status.”

“Like all our other mosques, the doors of Hagia Sophia will be open to all locals, foreigners, Muslims, and non-Muslims. Being the common heritage of humankind, Hagia Sophia will continue to embrace everyone in a most sincere, unique way with its new status.”

In a move that has split opinions across the world, Turkish President Tayyip Erdogan declared last Friday that the world-recognized Hagia Sophia museum was going to be reconverted back into a mosque. After the Turkish high court stripped the museum status and canceled the 1934’s council of ministers’ decision to turn the 6th-century Byzantine site into a museum, the Hagia Sophia is now registered as a mosque in its property deeds.

The Hagia Sophia was originally built as a cathedral during the Christian Byzantine Empire 1,500 years ago, in what was then known as the city of Constantinople. With the conquering of the city by the Ottoman Empire in 1453, the Hagia Sophia was converted into a mosque and the city was renamed to Istanbul.

Later controversially turned into a museum in 1943 by Turkey’s first President Mustafa Kemal Ataturk, known as the founding father of modern-day Turkey, this move symbolized Ataturk’s campaign of secularizing and “modernizing” the nation of Turkey. By converting the former mosque into a museum, Ataturk made it clear that the fall of the Ottoman Empire meant the fall of a state-sponsored religious establishment in Turkey.

The historical monument was a UNESCO World Heritage Site, and is easily one of Turkey’s most recognizable landmarks. The Hagia Sophia draws millions of tourists to Istanbul each year, and is celebrated for the unique construction and design that dates back to the Byzantine ages.

Like all our other mosques, the doors of Hagia Sophia will be open to all locals, foreigners, Muslims, and non-Muslims. Being the common heritage of humankind, Hagia Sophia will continue to embrace everyone in a most sincere, unique way with its new status.”

But with Erdogan’s decision to reconvert the Hagia Sophia back into a mosque, the world has been split – many have praised Erdogan’s decision as a matter of cultural and religious pride for Turkey, while others, including UNESCO who granted the site the World Heritage Site status, have expressed deep disappointment at what they see as a nationalizing of a world site.

In a public statement, UNESCO expressed the “deep regret” for a decision made without prior consent, and called for a reevaluation of the historical site’s status as a World Heritage Site:

“UNESCO deeply regrets the decision of the Turkish authorities, made without prior discussion, and calls for the universal value of World Heritage to be preserved…Hagia Sophia is an architectural masterpiece and a unique testimony to interactions between Europe and Asia over the centuries. Its status as a museum reflects the universal nature of its heritage, and makes it a powerful symbol for dialogue. UNESCO calls upon the Turkish authorities to initiate dialogue without delay, in order to prevent any detrimental effect on the universal value of this exceptional heritage, the state of conservation of which will be examined by the World Heritage Committee at its next session.”

Church leaders from around the world have also been quick to criticize Erdogan’s decision and express their “grief” and “pain” at the conversion of the Hagia Sophia back into a mosque. In his midday sermon in Saint Peter’s Square in the Vatican, Pope Francis stated: “I think of Santa Sophia, and I am very pained”. Archbishop Ieronymos, the head of the Greek Orthodox Church, described Erdogan’s move as the “instrumentalism of religion to partisan or geopolitical ends…the outrage and the arrogance doesn’t just concern the Orthodox Church and Christianity, but all of civilized humanity, independently of religion”. The World Council of Churches, representing 350 Christian churches, also expressed their “grief and dismay” in an open letter to President Erdogan’s decision.

Governments around the world have also been quick to comment on Ergodan’s move last Friday. The United States US State Department spokesperson Morgan Ortagus stated:

In Russia, while many Russian Orthodox Church leaders condemned Ergodan’s move, it seems the Kremlin may have a slightly less negative stance, with Russia’s Deputy Foreign Minister Sergei Vershinin stating: “We proceed from the fact that this is a Turkish internal affair in which neither us nor others should interfere”.

Despite the many criticisms from around the world, and within Turkey as well, there have been almost just as many celebrating this historic decision. Many have flocked to the front courtyard of the Hagia Sophia and have taken to Twitter, including numerous Turkish celebrities, to express their solidarity with Erdogan as well as claim that this move was long in the making in celebrating and respecting Turkey’s Ottoman and Islamic history.

While the world continues to react to the Hagia Sophia’s status change again, many have pointed to President Erdogan’s deeper underlying motives – is this simply part of his nationalistic campaign to celebrate Ottoman and Islamic history, or is there a political agenda behind the Hagia Sophia? Erdogan is no stranger to making sweeping moves to appeal to his loyal base and to gain more votes – especially when it comes to revamping the Islamic values of Turkey for his popularity.

Ozer Sencar, the founder of the polling agency Metropoll based in Ankara, pointed to a survey that showed young people in Turkey are particularly not impressed by Erdogan’s latest move with the Hagia Sophia – around 75% interviewed believed this is simply a move to draw attention away from Turkey’s deeply troubling economic crisis. Turkey’s rising prices and enormous unemployment rate was worrying before the toll of COVID-19, and many from Turkey’s younger communities are pointing to the fact that Erdogan’s attempt at reconverting the Hagia Sophia into a mosque is a classic example of rallying the people’s sentiments in an effort to distract from the worsening economic crisis of the country.

While it remains unclear what exactly the motives are behind Erdogan’s long-awaited promise of reconverting the Hagia Sophia into a mosque, he has also made it clear that the mosque will still stay open to all visitors, and will continue to stand as a powerful example of Turkey’s shared humanity with the world. It remains to be seen how this bold move will affect his ruling party’s popularity, or how it will affect his broader moves within the wider region as well. 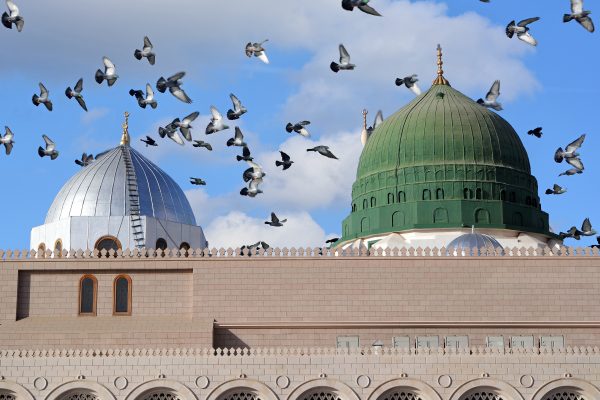 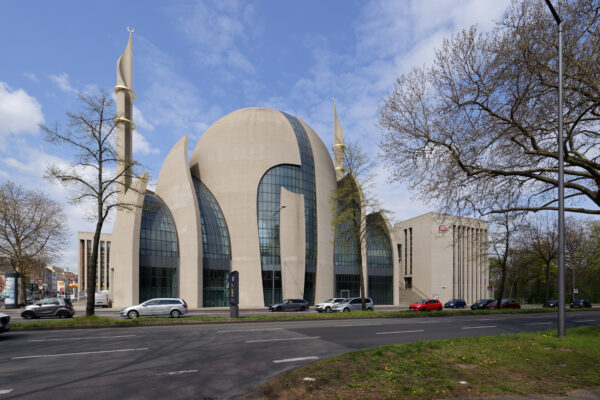 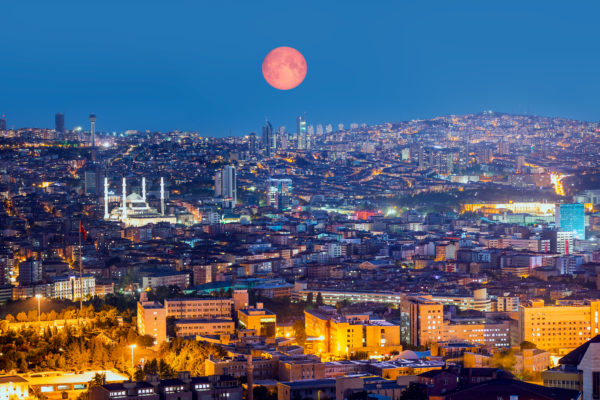