The government of former Israel Prime Minister Benjamin Netanyahu helped NSO Group to sell the spyware to governments around the world, raising questions whether the country was using the sale of surveillance technology as a tool for political and diplomatic leverage.

India is rocked by a massive controversy as the Hindu nationalist government of Prime Minister Narendra Modi is accused of snooping on his own ministers, opposition politicians, journalists, rights activists, and scientists.

At the heart of the controversy is a spyware Pegasus owned by an Israeli company NSO Group which claims that it sells the software only to vetted governments.

Leaked data shows that more than 50,000 mobile phone numbers were found on the list believed to be potential targets for surveillance of the governments who are clients of the Israeli spyware company.

The revelations have come to the fore following a daunting investigation called Pegasus Project by Amnesty International‘s tech department and coordinated Paris-based Forbidden Stories. The project involved around 80 journalists from 16 reputed global media outlets including the digital platform The Wire from India.

The media outlets who collaborated on the investigation said that they have identified at least 1000 people from around 50 countries who were selected by NSO clients as potential surveillance targets.

NSO Group refuted the allegations of foul play claiming that it sells the spy software to governments to fight terrorism and crime.

But according to The Wire, the data concerning India showed that 300 verified Indian mobile telephone numbers belonged to influential people including over 40 journalists, three major opposition figures, one constitutional authority, two serving ministers, security officials, and business persons. The investigation revealed that there were clear signs of hacking of 37 phone numbers including 10 from India by Pegasus.

Apart from India, the governments of Azerbaijan, Bahrain, Hungary, Kazakhstan, Mexico, Morocco, Rwanda, Saudi Arabia, and the United Arab Emirates are being accused of using NSO Group’s spy services to snoop on dissidents.

In India, experts say, the government agencies are empowered to conduct surveillance following due procedures as mandated in the law but hacking devices to deploy spyware like Pegasus, either by private or government officials, is an offense.

“When the government has not come clean on whether they have used the pegasus spyware the question of whether the use was authorised doesn’t even come up,” opined Anas Tanweer, a lawyer at Supreme Court of India. Moreover, he said, “Pegasus is not just snooping software, it can be deployed to plant evidence in devices and my biggest suspicion is that this has been used even in Delhi riots cases implicating activists [majority of them Muslims].”

He continued: “This is definitely completely illegal. The government can not do this.”

In its response, the government has rubbished the accusations of surveillance as baseless claiming that the reports and their timing show it is a conspiracy against the country.

“India is a robust democracy that is committed to ensuring the right to privacy to all its citizens as a fundamental right,” said a statement from the government, adding “allegations regarding government surveillance on specific people has no concrete basis or truth associated with it whatsoever.”

However, it did not specifically deny or accept the use of Pegasus to hack into the phones of people named in the expose.

“What robust democracy?” asked Atif Geelani, son of Syed Abdul Rahman Geelani, a Kashmiri professor and human rights defender who died of cardiac arrest in October 2019, whose phone was also selected as a target for hacking. “If that were the case then we would not be seeing these reports.”

The forensic study of Geelani’s phone, reports said, revealed that it was infected with Pegasus between 2017 and 2019, matching with the time period the data covers in the case of India mid-2019.

In 2019 India saw general elections which Modi’s party won with an overwhelming majority. Among the phone numbers selected as targets also include one used by Rahul Gandhi, the top leader of India’s main opposition party, Congress.

My phone was tapped. It's not a matter of Rahul Gandhi's privacy. I'm an Oppn leader, I raise the voices of people. This is an attack on voices of the people. Home Minister should resign & there should be a Supreme Court inquiry against Narendra Modi: Rahul Gandhi on 'Pegasus' pic.twitter.com/qDFO36t9W7

The party has demanded an independent inquiry by the Supreme Court of the country into the scandal.

“The issue of spying through Pegasus is a very big one. It is not only about snooping; several other things are involved too. Our party demands an inquiry by a Supreme Court judge into the matter,” said Sachin Pilot, a senior leader in the party.

Notably, the leaked data shows the selection of Indian phone numbers, according to the Guardian, coincides with the 2017 trip of Prime Minister Modi to Israel, the first Indian premier to visit the country with whom India stitched formal relations in the early 90s. Modi’s visit was marked by the signing of arms deals, making India the largest buyer of Israeli military equipment.

“Modi and the then Israeli Prime Minister, Benjamin Netanyahu, were pictured during the trip walking barefoot together on a beach. Days before, Indian targets had started being selected,” the Guardian wrote in a report.

In another report, the UK newspaper said that the government of former Israel Prime Minister Benjamin Netanyahu helped NSO Group to sell the spyware to governments around the world, raising questions whether the country was using the sale of surveillance technology as a tool for political and diplomatic leverage. It is also believed that the spyware sale also paved the way for the formal relationship between Israel and Saudi Arabia. 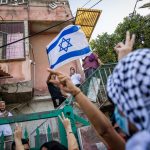 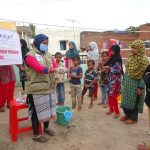